GOP congressman: My skinnydipping was wrong

A Kansas Republican jumped naked into the holy Sea of Galilee on a fact-finding mission. Colleagues are not amused 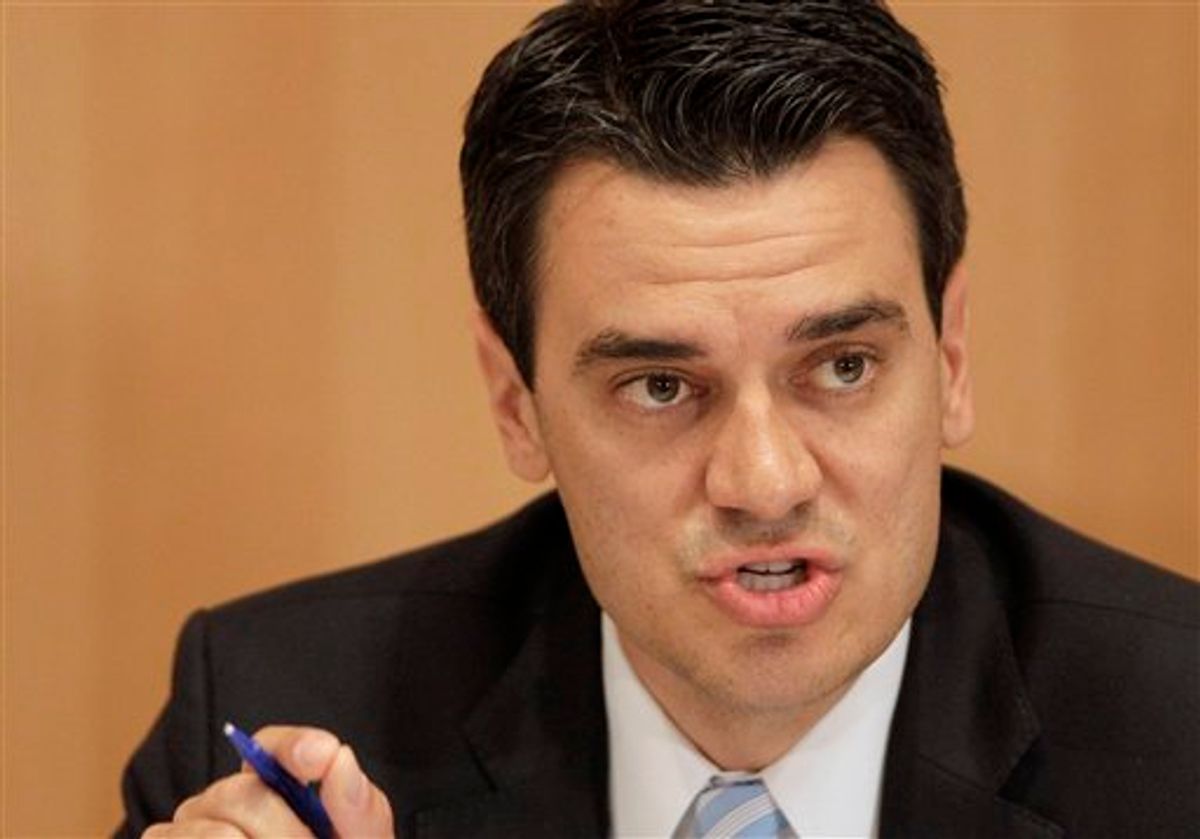 A Republican congressman representing Kansas has apologized for embarrassing his supporters by swimming naked at the holy site of the Sea of Galilee while on a fact-finding mission to Israel.

Freshman U.S. Rep. Kevin Yoder, 36, has not been charged in the Aug. 18, 2011, incident when he and about 20 other lawmakers and staff members jumped into the water. Politico reported Sunday that he was the only one among them who wore no clothes.

"I feel incredibly remorseful that I have caused embarrassment to my constituents and I have caused folks who believe in me to be disappointed," Yoder told The Kansas City Star Sunday night (http://bit.ly/Se9dm7 ).

Some Christians consider the Sea of Galilee a holy site because they believe Jesus walked on water there. Swimming in the lake is permitted but public nudity is not allowed, according to Israeli police spokesman Micky Rosenfeld.

"If someone walks around the beach naked, that's an offense," Rosenfeld said, adding that no official complaint had been made against Yoder. He would not rule out charges, saying it was possible even a year after the offense was committed.

"If that kind of incident takes place and someone makes an official complaint, we'll investigate," Rosenfeld said Monday.

Politico reported that the FBI opened an investigation into the trip but did not explain why. Yoder and his chief of staff, Travis Smith, said neither they nor any of their staffers had talked to federal investigators.

"The gravity of the situation and the actions I've taken are not lost on me, and I feel certainly regret at what has occurred, and I just want to apologize to my constituents for a momentary lapse in judgment," Yoder said.

Yoder said it was dark and he was in the water for only about 10 seconds.

"Part of the reason I made that decision at that moment was there was really nobody in the vicinity who could see me," he said. "I dove in, hopped right back out, put my clothes on and, regardless, that was still not the behavior people expected out of their congressman."

The Aug. 13-21 trip was sponsored by the American Israel Education Foundation, a charity whose mission is to provide grants for educational programs and conferences and to educate politicians and influential people about the importance of the U.S.-Israel relationship.

Rep. Eric Cantor of Virginia, the senior Republican on the trip, was furious about the swimming and scolded members for their behavior, Politico reported.

Yoder's sole opponent in the upcoming general election is Libertarian Joel Balam, of Overland Park. Yoder served in the Kansas House from 2003 through 2010 and was chairman of its Appropriations Committee. He also is a former University of Kansas student body president.