Who thought it was a good idea to put Todd Akin on the House Science Committee? 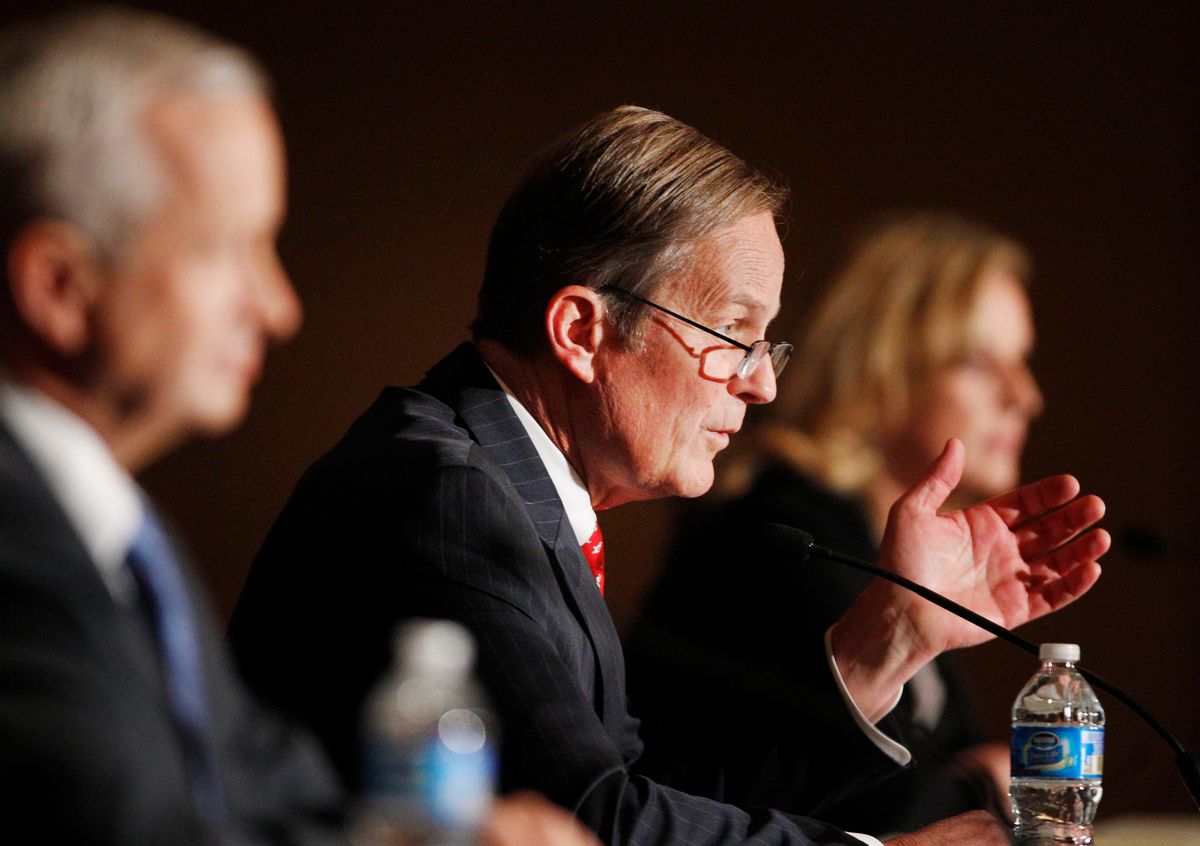 Given that Rep. Todd Akin can hold beliefs about anatomy that are not just offensive but also jaw-droppingly, mind-bogglingly wrong, one would think he’d be a poor choice to be entrusted with making the nation’s science policy. But that’s apparently not what the House Republican leadership thought when they assigned Akin to sit on the House Science Committee. Akin doesn’t have direct oversight on any medical areas, but he does sit on the Space and Aeronautics, and Energy and Environment subcommittees. Still, that may be cold comfort given his apparently tenuous relationship with science that extends far beyond his thoughts on rape and pregnancy.

The Energy and Environment subcommittee has jurisdiction over climate science and the agencies that do it, and thus deals a lot with climate change (it also has jurisdiction over nuclear power -- think about that for a second). Akin, like too much of the GOP these days, thinks global warming is “highly suspect.” But he has particularly colorful views on the subject. In 2009, when Congress was considering a cap-and-trade bill, Akin took to the House floor to explain that the climate bill was a threat to our precious four seasons. “In Missouri when we go from winter to spring, that’s a good climate change. I don’t want to stop that climate change you know. Who in the world wants to put politicians in charge of the weather anyways?” Not Todd Akin, and not science, which says that weather and climate are very different. His subcommittee has oversight over the EPA and parts of the Department of Energy, both of which he believes should be eliminated.

Akin has run into other scientific trouble on reproductive health, arguing that the morning after pill should be outlawed because “it is a form of abortion.” It’s not; it prevents fertilization and/or implantation of an egg.

While not qualifying as science, he had a David Barton-esque view of the Pilgrims in remarks he gave last year to commemorate Thanksgiving. “They came here with the idea that after trying socialism that it wasn’t going to work. They realized that it was unbiblical, that it was a form of theft, so they pitched socialism out. They learned that in the early 1620’s,” Akin said. He’s only a few hundred years off. The term “socialism” didn’t come into use until the 1830s and there was hardly anything resembling a socialist state in the 1620s, when the Pilgrims fled religious persecution in feudal Britain.

Interestingly, Akin may owe his Senate nomination in part to a move in Missouri that could imperil the scientific education of evolution. On the same day Missouri Republicans went to the polls to decide who would face off against Democratic Sen. Claire McCaskill, they voted on a ballot measure called Amendment 2 that is intended to protect citizens’ right to prayer. That wasn’t really in danger, but evolution could be, as the measure also includes the clause: “No student shall be compelled to perform or participate in academic assignments or educational presentations that violate his or her religious beliefs." Critics are worried this will give students the legal right to skip assignments that conflicts with their religious beliefs, especially the science of how we got here. Akin was a favorite among social conservatives in the state, and analysis by the AP credited the ballot measure for putting Akin over the top by bringing religious voters to the polls.