Todd Akin has until 5 p.m. today to drop out of the race. Why liberals should hope he stays the course 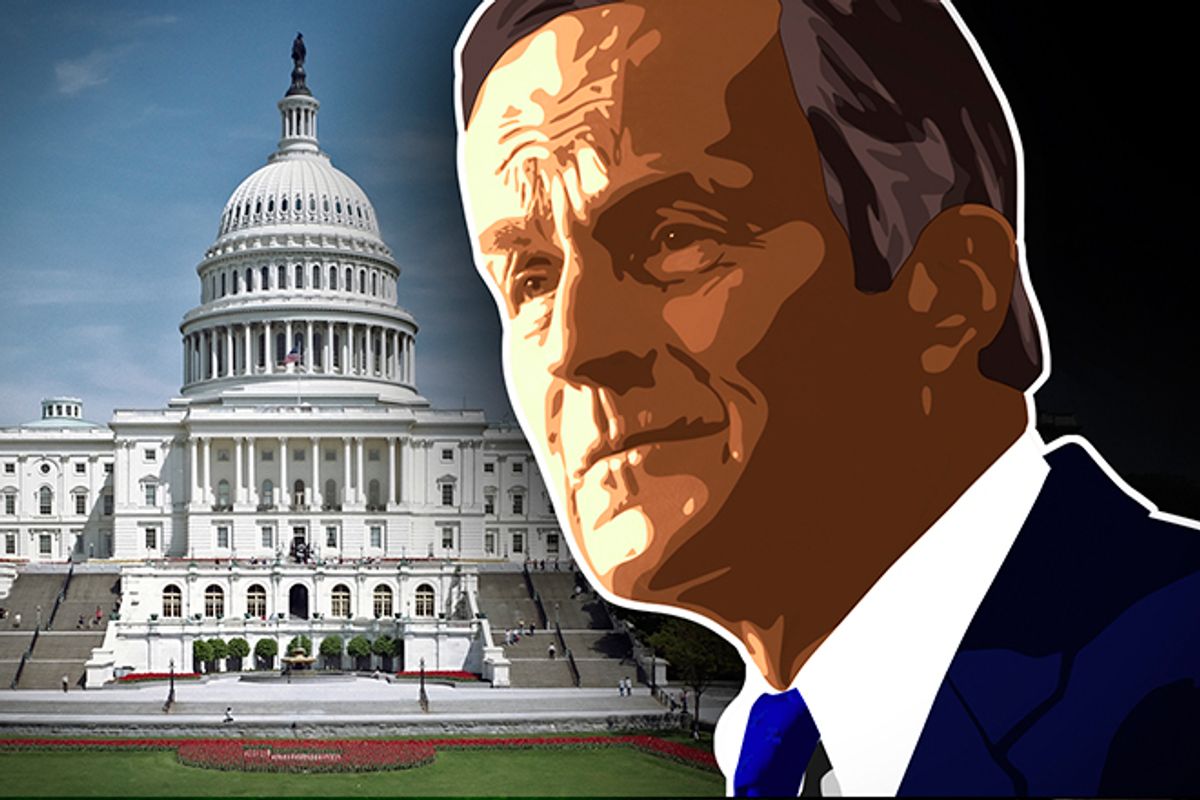 A few months ago, the word "transvaginal" was being bandied about in the same way that "legitimate rape" has been for the past day or so, as an ultrasound-before-abortion law was passing through the Virginia Legislature with the governor's support. Thanks to pro-choice mobilization, that word became political poison, and Virginia Gov. Bob McDonnell promptly reacted -- with a pseudo-compromise. He claimed that he hadn't known that the ultrasounds he was mandating involved a vaginal probe that many likened to rape, so the "compromise" involved forcing women to get expensive, coercive ultrasounds abdominally.

The controversy mostly went away. McDonnell wasn't named Mitt Romney's vice president, as had been rumored, but he was named the Republican Party's platform chairman and introduced Paul Ryan when Romney named him to the ticket. Meanwhile, women in Virginia are still being subject to a medically unnecessary procedure intended to shame them out of their decisions.

Now consider Todd Akin. In the day following his asinine comments about the female body fighting off sperm introduced by "legitimate rape," many Republicans have been busily distancing themselves from him. This sounds like a good thing, but if they succeed in pushing Akin off the stage, they can similarly defuse the situation and pretend that they've distanced themselves from Akin's positions -- the ultimate Etch-A-Sketch.

But do these people, members of a party where defunding Planned Parenthood has gone from fringe position to litmus test, substantively disagree with Akin on abortion? Isn't his real sin in this context the fact that he listened too closely to antiabortion doctors who have been pushing fictitious science for decades, and parroted them too clearly? The current position of the Romney-Ryan ticket is supporting exceptions for rape victims in the event of an abortion ban -- a philosophically inconsistent position -- but Romney has previously said he believes otherwise, and Ryan has gone so far as to sponsor legislation that would mean an absolute ban. It just so happens that running on these positions on a national platform isn't all that popular.

Conservatives are already trying to explain all this away. "No state is going to ban abortion in the case of rape even if Roe v. Wade is overruled — and even if Akin were elected to the Senate. Everyone knows this," the National Review staff wrote in its call for Akin to step down. Really? Thanks to a purge of moderates in the last primary under the guidance of Gov. Sam Brownback and the Koch brothers, Kansas, for one, would be poised to do just that. Several states have already passed absolute bans on abortion after 20 weeks, well before viability, without exceptions for rape and incest, and the stated intent is to keep moving that line closer and closer to fertilization. Even if voters rejected "personhood" amendments in Colorado and Mississippi, that hasn't stopped the movement from trying again and again, down to spreading falsehoods that common forms of birth control are tantamount to abortion.

So let's have an honest accounting here, without all this disingenuousness about how no one really wants to ban abortion in all cases, or take away your birth control. Let's carry these views on women's bodies to their ultimate conclusion. A few starting questions: If Todd Akin has his way and the morning after pill is banned for everyone, what happens with all those unintended pregnancies? More to the point, how should women be punished when abortion is banned on the logic that it's murder? And how will we pay for the massive prison expansion that will entail? Let Akin and his ideological comrades -- much of the House GOP -- answer for it.