In an interview, the vice-presidential nominee stands by his record opposing abortion in all cases, including rape 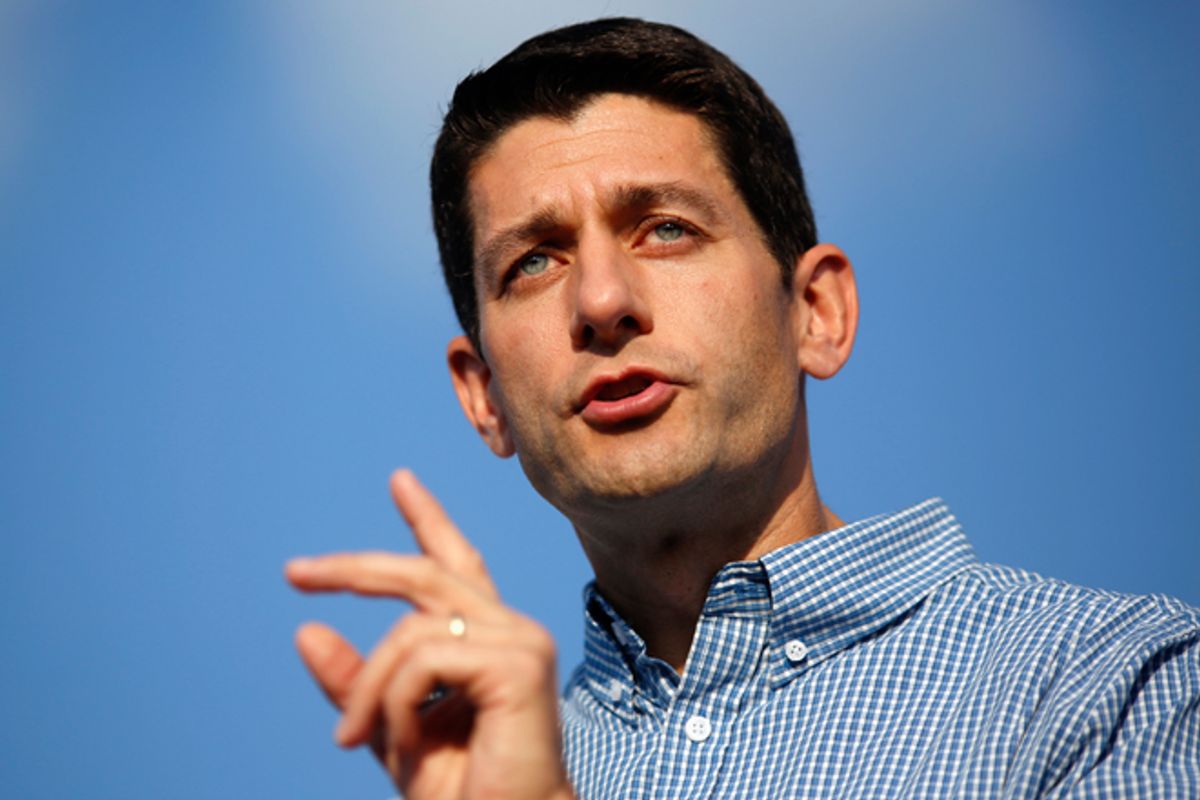 The biggest loser of Rep. Todd Akin's comments on rape and abortion may not be Akin himself, but Rep. Paul Ryan, whose hard-line anti-choice views have suddenly become clear and well known in light of the controversy. Despite Ryan's staunch antiabortion record, which includes co-sponsoring antiabortion bills with Akin, the congressman has been able to get by for years in Washington on an image of being a green eyeshades budget wonk -- the serious adult in the room who wants to focus on fiscal issues without getting distracted by divisive social issues. He can kiss that image goodbye, as Democrats are sure to keep Ryan's abortion views front and center between now and Election Day, and every day Akin is on the ballot is a reminder of that.

The new attention on the issue also puts Ryan in the awkward spot of disagreeing with presumed presidential nominee Mitt Romney, whose campaign said in the wake of Akin's comments, that a Romney administration would not seek to outlaw abortion for women who have been raped. Ryan has long believed and voted for a total abortion ban, with no rape exception. In an interview last night with a Pittsburgh PBS affiliate, first flagged by ThinkProgress, Ryan was asked if he thought abortion should be available to women who have been raped. "Well, look, I’m proud of my pro-life record. And I stand by my pro-life record in Congress. It’s something I’m proud of. But Mitt Romney is the top of the ticket and Mitt Romney will be president and he will set the policy of the Romney administration," he replied.

As Irin Carmon notes, Ryan's position -- opposing abortion in all cases -- is actually the more intellectually honest one, but it's also one more likely to alienate moderate voters. And with the GOP platform reflecting Ryan's, and not Romney's, stance on the issue, a woman's right to choose will now be a central issue in the campaign, even if Romney would prefer not to talk about it.