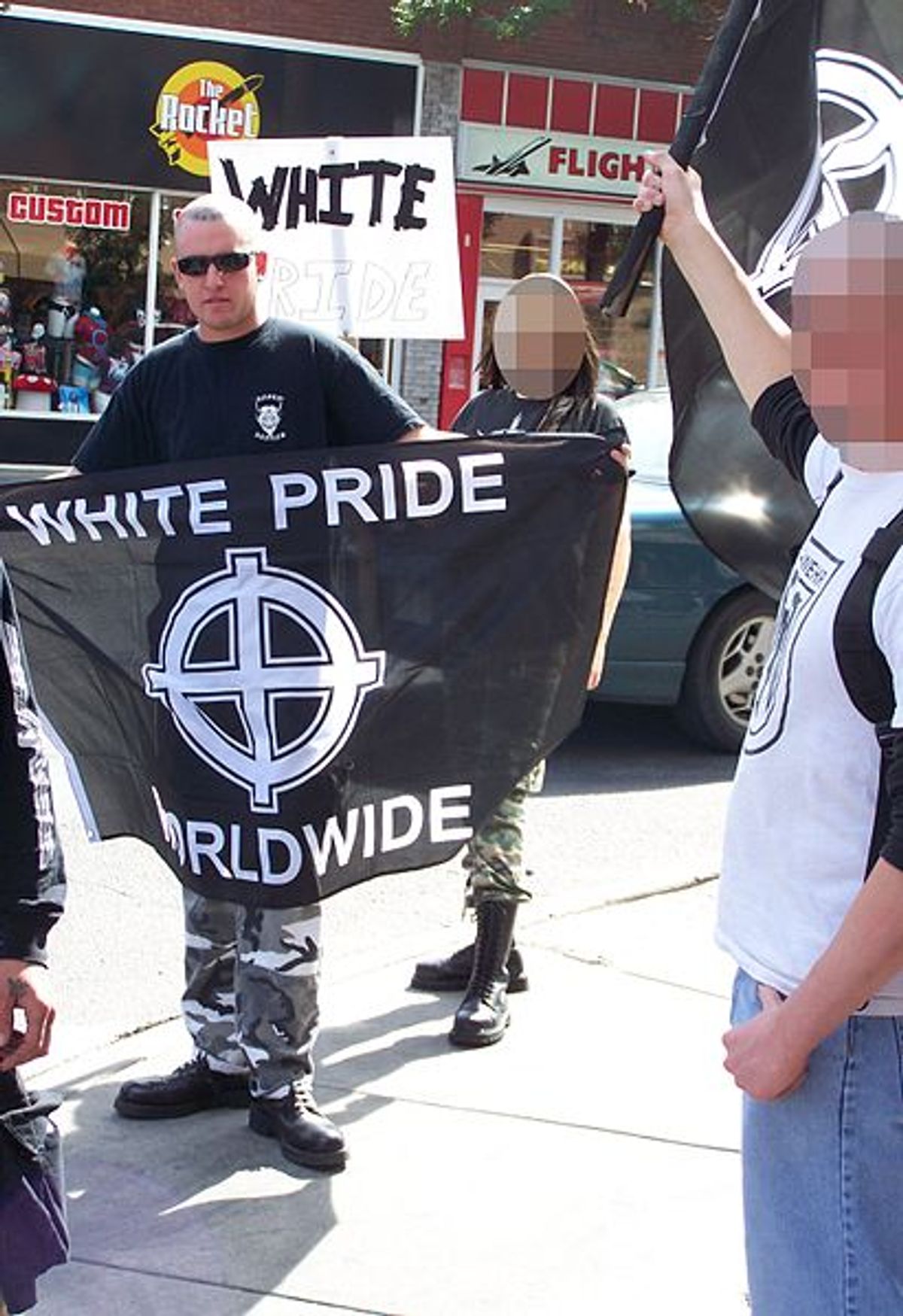 Two white supremacists tied to the brutal murders of four people on the West Coast now face a federal indictment filed in Oregon alleging that they embarked on their rampage in order to “purify and preserve the white race.”

David “Joey” Pedersen, 32, and Holly Ann Grigsby, 24, both from Oregon, were named in a racketeering conspiracy indictment returned by a federal grand last Thursday in Portland. The umbrella-style racketeering charge alleges the pair committed various criminal acts in Washington, Oregon and California including murder, kidnapping, use of firearms during crimes of violence, transporting a stolen vehicle, unauthorized use of bank cards, aggravated identity theft, carjacking resulting in death and felon in possession of a firearm.

The filing of the federal charges means county prosecutors in Oregon and California won’t have to proceed now with costly and time-consuming separate murder cases against Pedersen and Grigsby. They are expected to be arraigned in Portland, Ore., on the federal charges in the next few weeks.

U.S. Attorney General Eric Holder will decide soon if federal prosecutors should seek the death penalty if the pair are convicted of the federal charges.

Pedersen already is serving two life terms after pleading guilty to murdering his father, David “Red” Pedersen, last September in Everett, Wash. His wife — Joey Pedersen’s stepmother — Leslie “DeeDee” Pedersen, was killed at the same time by Grigsby, “consistent with her beliefs and code that a man should not kill a woman,” the federal indictment alleges.

It further alleges that Grigsby “approached potential targets and inveigled them into giving her a ride, enabling Pedersen to kidnap, rob and murder them.”

Pedersen and Grigsby, arrested last October near Sacramento, Calif., also are accused of kidnapping, robbing and murdering two other men: Cody Myers, 19, in Oregon, who they mistakenly thought was Jewish, and Reginald Clark, 53, a disabled black man in Eureka, Calif.

As part of the alleged racketeering enterprise, the two “would identify, kidnap and murder targets on the basis of race, color, religion and perceived ‘degenerate’ conduct to further their white supremacist movement,” the indictment says.

The couple was involved in “promoting and advancing a white supremacist movement to purify and preserve the white race and ‘reclaim our country’ and culture through acts of murder on the basis of race, color, religion and perceived ‘degenerate’ conduct including sexual abuse, vagrancy, drug abuse and other ‘riff raff,’” it continued.

They also are accused of targeting Jewish leaders and organizations, hoping to “use the media to publicize their movement in an attempt to spark a revolution in furtherance of their movement and beliefs.” Joey Pedersen had “researched names and addresses of Jewish organizations in Seattle, Portland and Sacramento as part of the conspiracy and possessed “a draft ‘press release’ to alert the media about the purpose of the planned murders,” the indictment says.

Pedersen and Grigsby robbed victims to finance their enterprise and to obtain transportation to further their movement and avoid apprehension and prosecution, the indictment alleges. They would “use credit cards they stole from victims to obtain money and items of value to sustain themselves, finance the enterprise, conceal evidence and further their white supremacist movement,” it says.

Between June and October of last year, when the pair were arrested near Sacramento, Calif., they communicated “with other white supremacists in and out of prison to rally support for their movement and reaffirm their shared beliefs,” the indictment says.

“These crimes victimize not only individuals and their families, but entire communities,” Amanda Marshall, the U.S. attorney for Oregon, said in a statement. “This indictment shows that we will work tirelessly with our federal and state partners to pursue allegations of bigotry and prejudice in order to protect all of our citizens from hate and violence.”