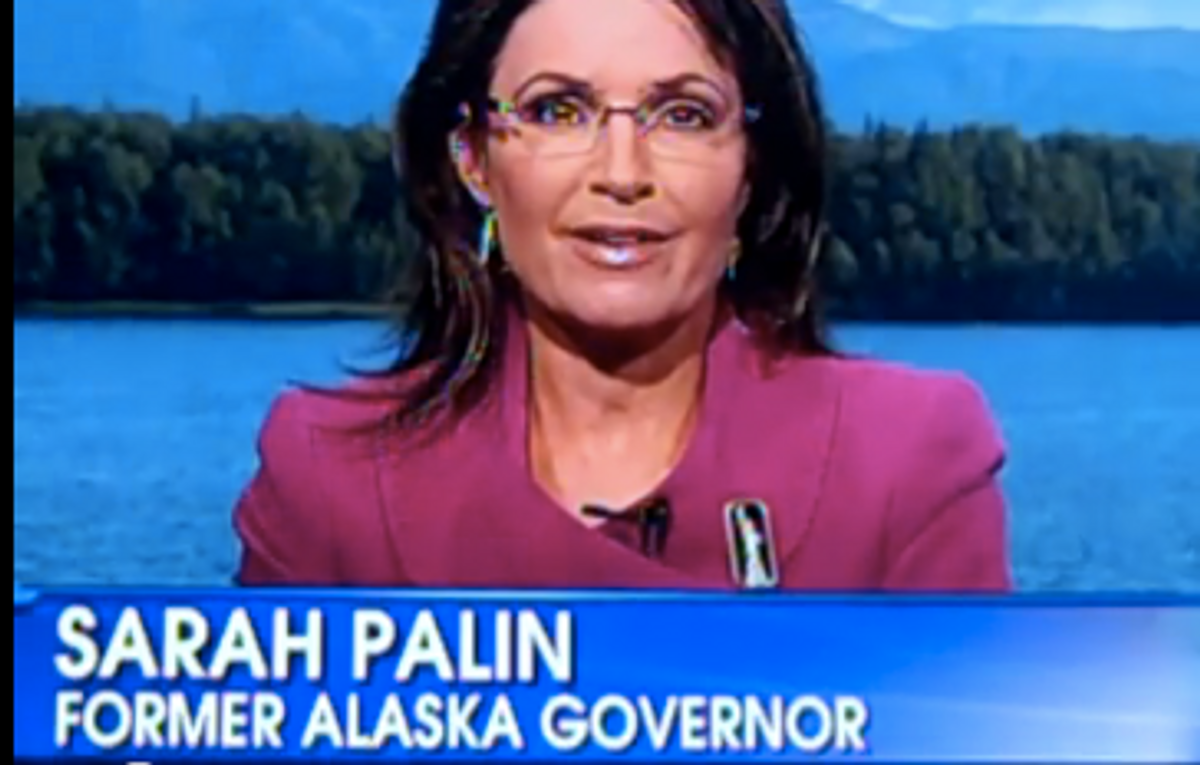 Last night on Fox News, Sarah Palin called for Rep. Todd Akin to "get out," of the Missouri Senate race following his ill-informed comments about "legitimate rape." Goading Palin, Susteren said,"He's also done one of the worst things you can do in politics, handing your opponents ammunition...He has handed them so much ammunition by his bizarre statements." Without a hint of irony, Palin nodded, responding, "You have to step aside from yourself, from self, from your self desire to get in there and serve."