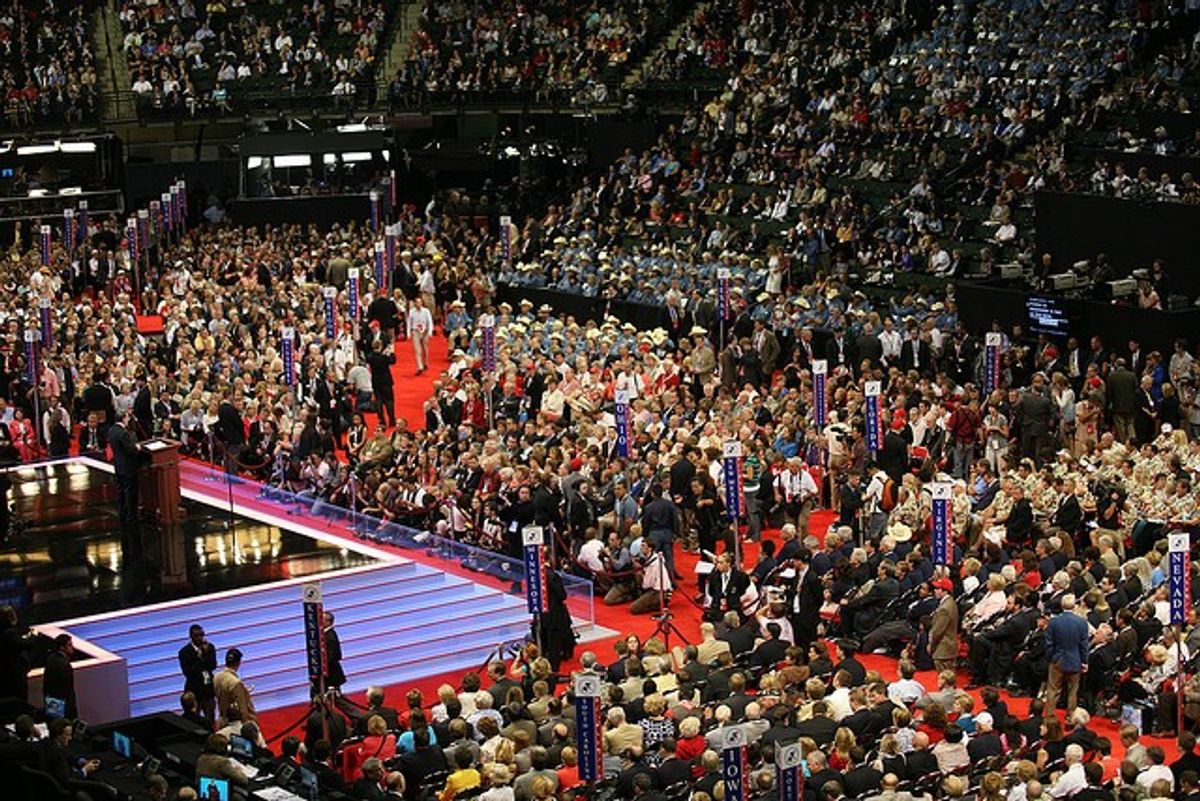 Oh, what excitement we’re having for a slow August! (One of my editors, frustrated that no one would return his calls, once called these two weeks “the dead of summer.”) First we learned that Representative Todd Akin believes women have magical powers to repel a rapist's sperm from our uteruses—and the underlying ideas that, as Lindsay Beyerstein yesterday delineated so crisply, "forcible rape is the only real rape" and "women habitually lie about rape," which she notes are two sides of the same coin.

Then we learned that the draft Republican Party platform will continue to insist that women should never be permitted—under any circumstances, even rape, even childhood sexual violation, or even if the pregnancy endangers their lives—to refuse to host the comma-sized embryo lodged inside them. What exactly might a world with such laws look like? Consider what happened to a pregnant teenager in the Dominican Republic, whose constitution declares “the right to life is inviolable from the moment of conception and until death”—no exceptions whatsoever. The teen discovered she had leukemia, but wasn’t permitted to receive chemo lest it harm the fetus. She died.

But you may have missed the fact that the draft Republican platform has taken up an equally firm stance against same-sex marriage and for the Defense of Marriage Act. (Oh, and just for the record, it opposes women in combat.) According to Chris Geidner and Zeke Miller at BuzzFeed:

Finally, after praising the benefits of marriage, the draft documents state, "[W]e believe that marriage, the union of one man and one woman must be upheld as the national standard, a goal to stand for, encourage, and promote through laws governing marriage."

Julie Bolcer at The Advocate goes on to report that the platform includes this:

“We oppose the Administration's open defiance of this constitutional principle - in its handling of immigration cases, in federal personnel benefits, in allowing a same-sex marriage at a military base, and in refusing to defend DOMA in the courts - makes a mockery of the President's inaugural oath,” says the proposed platform.

The language appeared to represent a win for social conservatives participating in the platform process. Tony Perkins, the president of the Family Research Council, claimed credit and told BuzzFeed, “You should read the entire plank on marriage, which I wrote. I feel very happy about it. I feel pretty optimistic about the outcome here.”

So Tony Perkins might have had a good week after all.

The common wisdom is that no one reads the party platforms, that the candidates feel free to ignore them, that planks like these are sops to interest groups. But in fact, which principles the party writes into its documents of purpose are philosophically important. They do lead to action, albeit not necessarily directly. The Democratic platform calls for the repeal of the Defense of Marriage Act. No, that’s not binding on the president should he win re-election, nor on the Congress should by some miracle we end up with Democratic majorities in both houses. But a great deal of discussion goes into building a consensus for those points of view, and I do believe that those positions will become law—especially since, at this point, a majority of Americans believe same-sex couples should be free to marry, with more agreeing every year.

But the Republicans endorsement of a waning point of view is an equally strong indication of what they would do if in power. If the Family Research Council's Tony Perkins and the rest of the anti-contraception, anti-abortion, anti-gay caucus have enough sway to put such extreme positions on their party’s platform, no doubt laws limiting abortion or gay rights would come under consideration. The Republican platform makes it clear that the influential Republicans behind a Romney administration would reinstate the Bush administration’s “gag rule” and stop funding family planning around the world—which they say is about abortion but is really about contraception and sex outside of marriage. A Romney administration wouldn’t try to prevent Uganda from imposing the death penalty on homosexuality; the FRC and its other supporters are the ones pushing the law.

All the items in the party's platform are strongly linked. The Republicans are doubling down, insisting that sex must be firmly linked to making babies; that if you have sex you have to have those babies; and that marriage’s only purpose is to keep men and women together to raise those babies. In that view, the public has no interest in recognizing two women or two men; since my wife and I are not gonna make babies, we don't need marriage, and marriage isn’t for us. (I just talked with Maggie Gallagher for Bloggingheads—to be posted soon—so I’ve had a refresher course in that philosophy, which I believe I understand even though I disagree with it.) As one can see, the status of gay men and lesbians tracks the status of women. So long as there are laws or policies limiting contraception or abortion, so long as there is any disdain for women’s sexuality or women’s independence, there will also be disdain for the choices that lesbians and gay men make about our bodies, our love, and our commitments. Reproductive rights are gay rights; gay rights are women’s rights.

A society that sees women as lesser is not going to be happy if some men refuse to take up their responsibility to run the world or to seed babies, or if some women act as independently and powerfully as men, refusing to subordinate themselves to their husbands. And a society that believes sex (and therefore marriage) is only for having babies opposes contraception, abortion, and same-sex marriage all in the same breath. This is an intrinsic link, and it works the other way as well. If you see men and women as equal, there’s no reason to deny same-sex couples equal rights to love.

And so it’s no surprise that a Republican platform believes that if you ever have sex, you should be prepared to get married and have babies, with no exceptions if you were raped or molested—and that on its flip side, if you and your honey aren’t the kind of pair that can make babies, however theoretically (such as is the case with post-menopausal or infertile heterosexuals), then you shouldn’t be having sex or getting married.

Don’t be lulled by how silly it sounds to us: When Republicans get elected, that core philosophy has policy consequences.