The GOP reaps what it sowed

The GOP sold its soul to the extremist Christian right. So why do its leaders act surprised by their Todd Akins? 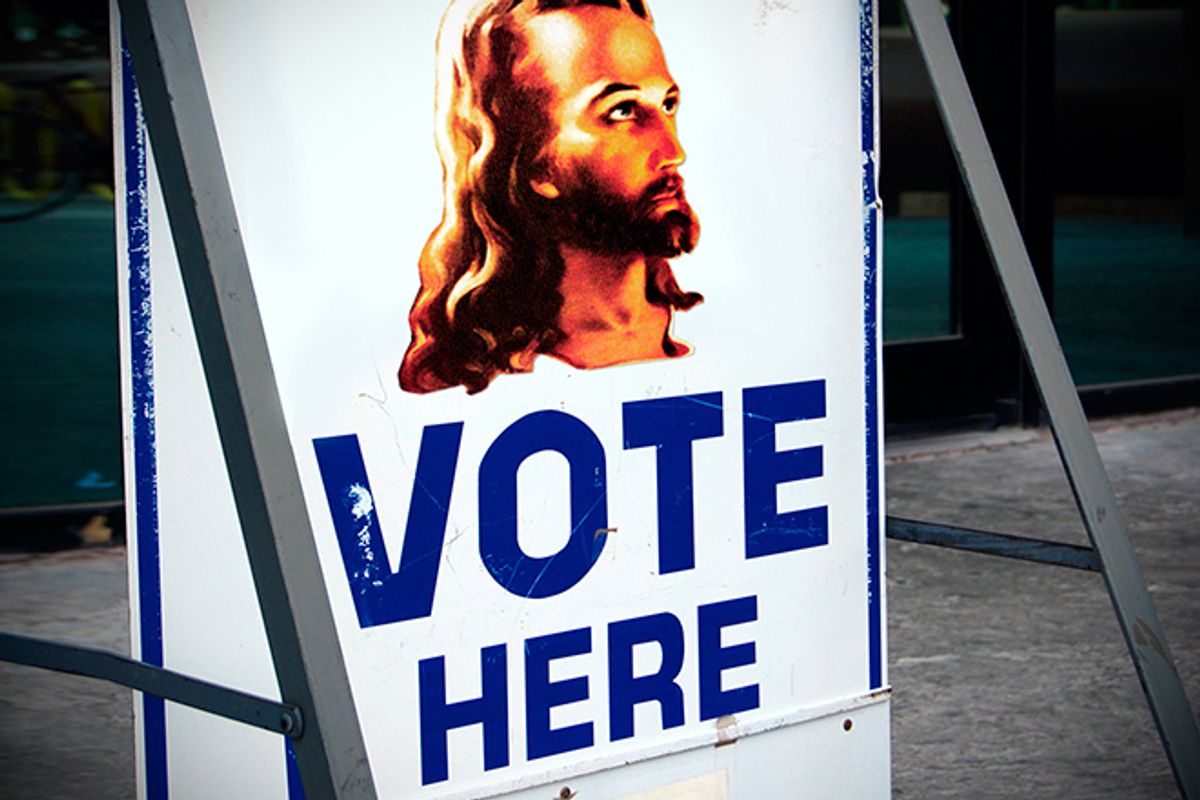 I almost feel sorry for Todd Akin. Almost. He and his crazy, ultra-right ilk have been cultivated and flattered and milked for votes by Republican elites for more than 30 years, and then, when it comes to actual policy implementation, mostly abandoned by presidents going back to Ronald Reagan. Republican primary candidates make big promises to the Christian ultra-right; Republican presidents mostly break them.

Now Mitt Romney is accelerating the process, disappointing his party's far-right base before he's even elected, by joining other establishment leaders in asking Akin to leave the Missouri Senate race over his idiotic comment that women rarely get pregnant by way of rape, because "if it’s a legitimate rape, the female body has ways to try to shut that whole thing down." Romney and co. want Akin to shut his candidacy down, and he won't do it.

I don't blame him. On the far right – with the Family Research Council's Tony Perkins, Ayatollah Bryan Fischer, former presidential candidate Mike Huckabee and macho hate-talker Dana Loesch – Akin knows he's a hero. And let's be honest: Romney's V.P. pick, Paul Ryan, has co-sponsored as much extremist antiabortion legislation  as Akin. Ryan is the Todd Akin of Wisconsin, just a little bit more buttoned down and polished, not given to public flights of fancy about the workings of our lady parts. (Today Ryan appeared to stick to his belief that there should be no access to abortion even for rape victims, telling a Pittsburgh reporter, "I stand by my pro-life record in Congress."

For some reason, the Republican elite didn't expect their quadrennial culture war extremism to leak out of the GOP primary into the general election. Eric Fehrnstrom told us directly: Romney would shake his "Etch-A-Sketch" and erase his ultra-right pandering to the GOP base in time to be competitive with independents. The crazy battle over the contraception-coverage mandate made that difficult, but Romney and others on the right complained that those Mean, Mean Democrats made the whole issue up – they didn't want to take away anyone's birth control! (Except for the majority who support a "personhood" amendment to the Constitution, which would ban many forms of birth control.)

But the war on women had died down a little in the last couple of months. Romney was narrowing President Obama's edge with women voters in some polls. I can barely remember the last time Rush Limbaugh called a liberal woman a "slut" or a "prostitute." I hadn't said "vagina" on television in weeks.

Then along came Todd Akin, with his crude, creepy obsession with the way women's bodies supposedly work. This one the GOP can't blame on Democrats. And now the party is coming unglued over whether Akin should give up his Senate run. I can understand why Akin's not caving.

Given that since 1992, the Republican platform has pledged to ban abortion even in cases of rape, Akin had to be shocked that his explanation of how some women flout the rape "exception" blew apart his party. The party is on record saying the rape exception shouldn't exist, anyway! So who cares about the actual science behind rape and pregnancy? Akin and his allies don't believe in any exceptions, even for "legitimate rape."

And even as "mainstream" Republicans were repudiating Akin, they were presiding over the most extreme antiabortion language yet in the 2012 party platform, again calling for a ban even in cases of rape and incest. Although Romney claims to support those exceptions to abortion bans, he didn't lift a finger to influence the platform – because he couldn't have if he tried. Todd Akin has more power than Romney on that front.

How did we get here?  If you're under 40, you may not know that the Republican Party wasn't always like this. Gov. Ronald Reagan signed California's liberal abortion law in 1967; George H.W. Bush was a Planned Parenthood supporter, as was his father, Prescott, and his wife, Barbara, was regularly described as pro-choice. But when the culture wars began to rage in the 1970s, Republicans saw political gains in playing up the anxieties of a lot of people that society was changing too fast, and not in a good way.

I write about this in my book. Fear about the changing family, shifting gender roles, rising divorce rates and what it all meant for children got channeled, at its most extreme, into the antiabortion movement. I saw this in my own family. What could be clearer proof that our society had lost its ethical moorings, and had handed moral judgment over to an amoral government, than allowing mothers to "murder" their unborn children? Two millennia of profound confusion about the role of women in society – the range of reaction from veneration to disgust provoked by our singular life-giving and life-sustaining role, the mysterious capacity of our bodies to "shut that whole thing down" – culminated in the backlash to the Supreme Court's 1973 Roe v. Wade decision. As the leaders of the Christian right and the Catholic right pushed to make abortion illegal again, formerly socially tolerant Republicans like Reagan and Bush began to pander to them.

Still, the Christian right never entirely trusted the first President Bush, and so his son learned a lesson: He had to pander to those folks, as well as Grover Norquist and the anti-tax zealots, if he wanted to get to be, and to stay, president. And so he did. And when George W. Bush's popularity sagged because of the Iraq War, Karl Rove ginned up the culture war in 2004 by encouraging statewide gay marriage initiatives to ensure the Christianist base would turn out and defeat John Kerry. Now Rove is tut-tutting and promising his dirty-money super PAC American Crossroads won't spend a penny on Akin. Sorry, Karl, but you reap what you sow. Cynical Republicans like you have empowered the Akins of your party.

Frankly, there may be no Republican more cynical than Mitt Romney. What does Romney really think about all of  this? I don't know. I don't know if Romney knows. Running for office in Massachusetts, he was pro-choice, he said, at least partly because he'd lost a family member to a botched illegal abortion. Moving into national Republican politics, apparently he changed his mind. Which is stunning: Most people who reach a pro-choice position because of personal experience with the painful complexity of an unplanned pregnancy – and with the tragedy that results when society criminalizes abortion – hold onto that belief. Romney has never explained why the life of the young relative who died no longer matters to him.

In his last presidential run Romney touted the support of fantastic National Right to Life co-founder Dr. John C. Willke, who shares Akin's views about how women resist pregnancy if they are "legitimately" raped.

To get and stay pregnant a woman's body must produce a very sophisticated mix of hormones. Hormone production is controlled by a part of the brain that is easily influenced by emotions. There's no greater emotional trauma that can be experienced by a woman than an assault rape. This can radically upset her possibility of ovulation, fertilization, implantation and even nurturing of a pregnancy.

(Is it just me, or do these guys remind anyone else of the creepy gynecologist played by Jeremy Irons in "Dead Ringers"?)

And Romney chose as his running mate Paul Ryan, who's co-sponsored all of the most draconian antiabortion measures to come up in the House, including one that would let hospitals deny women abortions even when their life is in danger. Romney thinks he can run away from Akin, but he can't run away from his running mate.

You reap what you sow, Mitt Romney. Have a great time in Tampa next week.