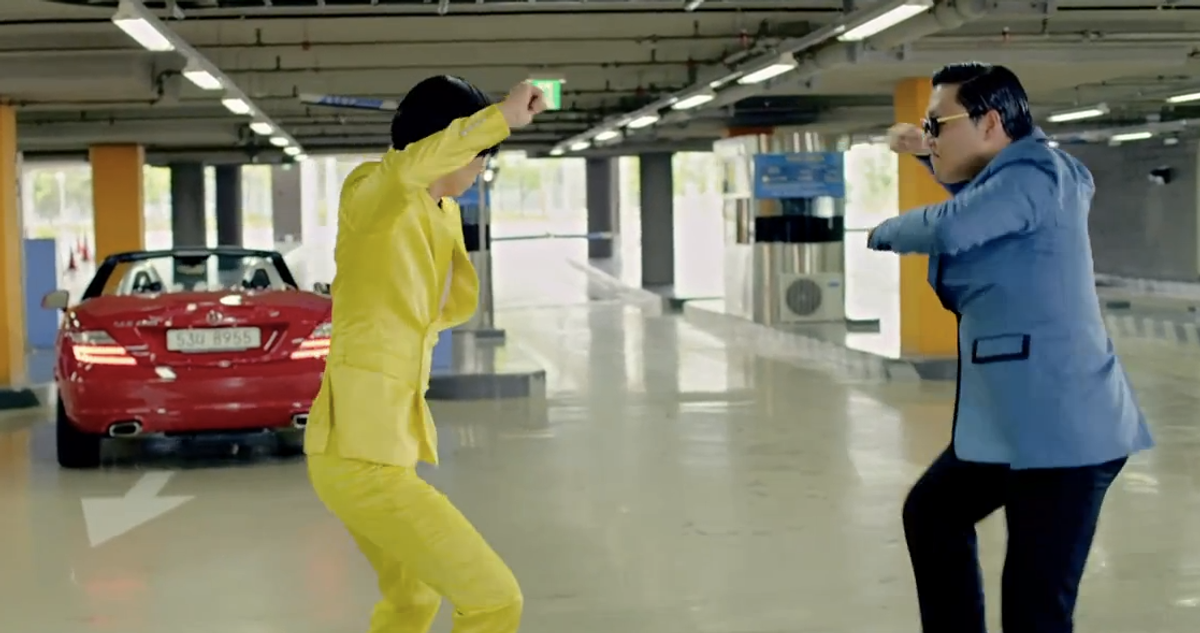 South Korean pop star PSY, who graduated from the Berklee College of Music, gained international fame after his video “Gangnam Style,” went viral, amassing more than 49 million hits since mid-July. Be warned: the video is like 15 intense LMFAO songs spliced into one, then played back in Korean. The video’s  zany "horse dance," bizarre characters, and relentless beat make it feel like a parody of pop music which, according to The Atlantic, may not be far from the truth.

The Dodgers honored PSY by playing his song, then tweeted the video of the crowd erupting into the horse dance.