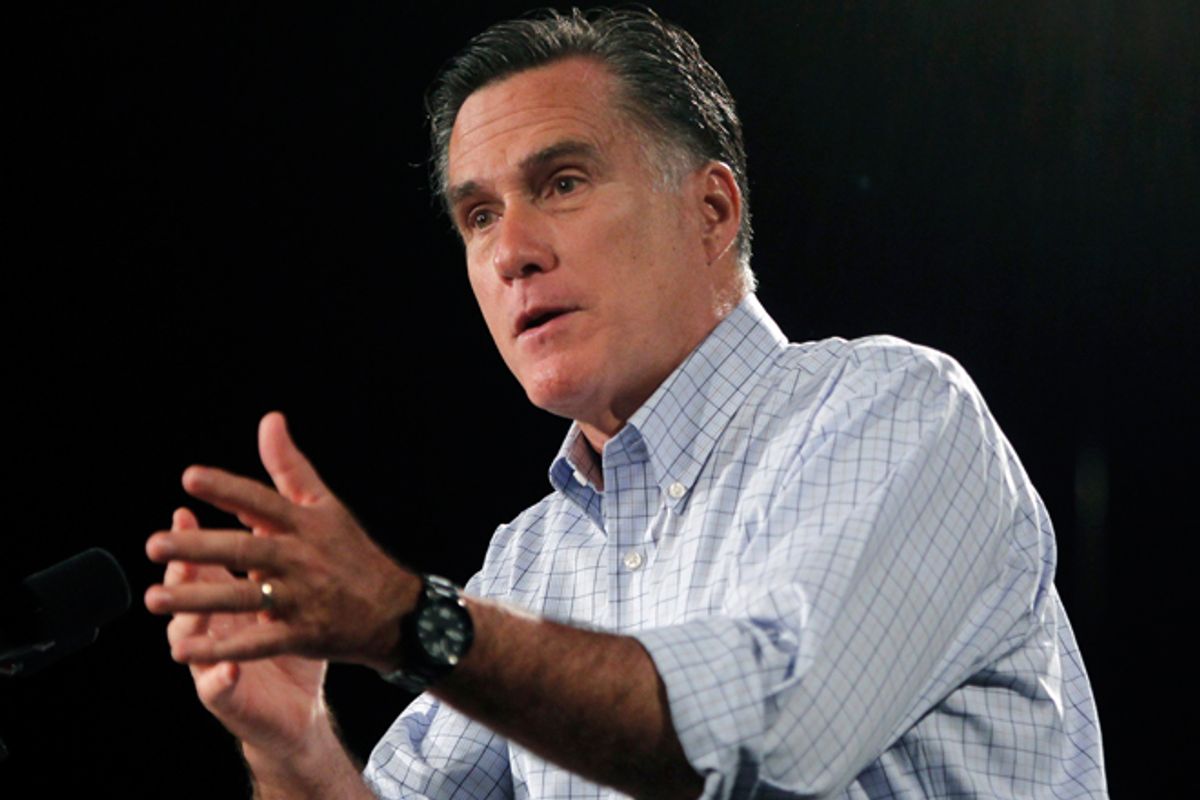 One of the things we’ll learn this presidential election is whether the Republican Party can survive itself. As we’ve seen in the ten days since Governor Mitt Romney picked Congressman Paul Ryan as his running mate, and most acutely in the last 72 hours since the fiasco involving Missouri Republican Senate candidate Todd Akin broke, the party is reaching what may be the most critical moment of its quarter-century-long identity crisis. In the way that Franklin Roosevelt did for Democrats during the 1930s, by sheer force of personality and eloquence Ronald Reagan in the 1980s resolved tensions that had riven the party for years. He could incarnate the party so fully as to invite and absolve fellow travelers who might be suspiciously less than true believers. After Reagan, no one else could do this; even as what now constitutes the conservative wing of the party invokes Reagan’s name with a sobriety that borders on the biblical, that wing has moved considerably to the right of him.

Now the party hastens to control the damage from the Akin episode. This is complicated because, as the record of the last decade makes clear, particularly among Republicans in the House of Representatives, this past weekend Akin expressed, as accurately as he did unartfully, the party’s grim view of women, with its overt implication that rape is the result of women making cavalier and surely sordid choices about their sexuality and its consequences, the conclusion being that a woman who gets pregnant by definition hasn’t been raped. Notwithstanding protests that Akin is an “aberration,” anyone who pays even the most distracted attention knows that what he said reflects not only legislation co-sponsored by Congressman Ryan, not only evangelicals who are closing ranks behind Akin, not only “personhood” amendments on state ballots across the country declaring an embryo a human being with full civil rights, but also the platform that the Republican Party will present to its national convention in five days, with language that replicates language from the platform four years ago and the platform four years before that. Akin is despised by the Republican establishment because his numbskullery has to do not with his convictions, which are entirely in line with the party’s, but with the guileless whim that gave them voice, rather than leaving them shrewdly relegated to less boisterous fine print in a platform that the establishment hopes will appease the party’s base while no one else notices. Whether that comes to pass next week, when the position for which Akin is being chastised this week is codified on the convention floor in Tampa, remains to be seen.

Even as the Akin position on abortion and rape has become more ruthless since the Republican convention that first nominated Reagan more than 30 years ago, the party has gotten away with it because it’s always been able to nullify the position politically. Abortion wasn’t demonstrably a factor in President George W. Bush’s narrow 2004 re-election, and it wasn’t a factor in Senator John McCain’s seven-point loss in 2008. Subterfuge will be more difficult this year. In part this is because of the Akin furor, of course; in part it’s because the furor exists in a context dramatically more difficult to disguise, following similar positions on abortion stated by other candidates who ran for the Republican nomination and the aspersions cast on a female law student by radio goon Rush Limbaugh some months back. In part it’s because the Akin position is held by the party’s prospective nominee for the second highest office in the land. Mostly, however, it’s because the party’s prospective nominee for the first highest office in the land is so spectacularly a political and ethical fraud that no one bothers arguing about it anymore. The base distrusted the party’s nominee four years ago not because it didn’t know what Senator McCain believed but because it did. It knew what he believed about torture as an American policy of war. It knew what he believed about immigration reform. It knew what he believed about campaign-finance reform.

Actually, by now the base knows what Governor Romney believes, too. By now we all know what Governor Romney believes; by now his beliefs are more manifest and less mysterious than that of any candidate who’s ever run. Governor Romney believes nothing. Politically speaking, Governor Romney isnothing. Mustering up outrage over this nothingness makes as much sense as mustering up outrage over a galactic black hole. What’s happening in and to the Republican Party this past week isn’t an aberration; it’s happening because of what the party has become and whom it’s nominating, which is someone caught between the base that he so rapaciously rushed to appease with the Ryan nomination and the other 65 percent of the country that looks at a Rorschach inkblot without seeing a splattered fetus. One of the great modern political organizations of the last century and a half, the party of not only Reagan but Dwight Eisenhower and Theodore Roosevelt and the greatest president the country ever had, is in the grip of a collective psychosis. Like its nominee, the party itself is caught between two political irreconcilables: its own super-conscience, with its barbaric view of human nature that calls itself moral and its hostile regard of empirical fact that calls itself spiritual; and the 2012 model of its embodiment, the nominee who has no view—of fact or humanity or anything else—that doesn’t serve the ends of his own success. When a party is as deeply stricken as the Republicans in terms of who they are, such a nominee can only be the void that stares back.