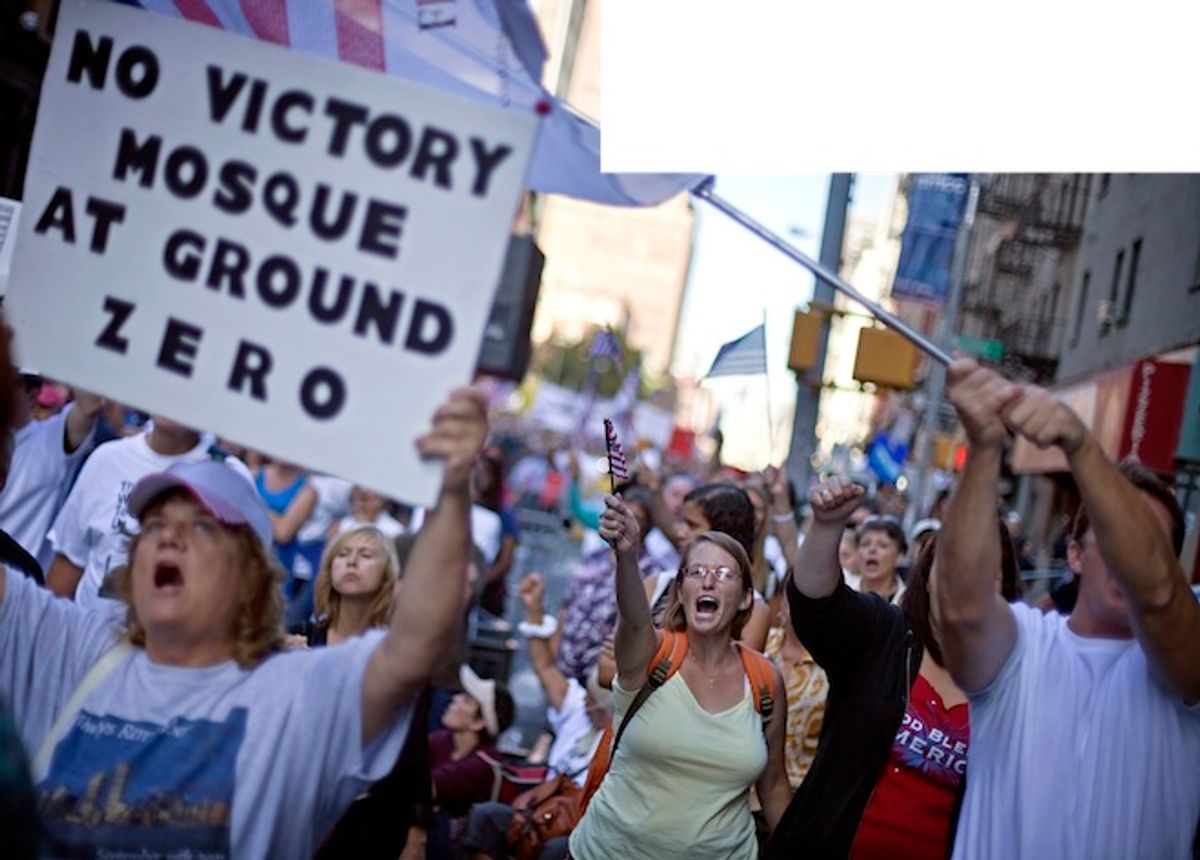 Anyone wondering why Rep. Michele Bachmann would launch a witch hunt against Muslims or why the Republican Party would add a plank to its platform opposing Shariah law need look no further than a new poll conducted by the Arab American Institute.

The poll, released today, asked Americans for their views on various religious groups, as well as on Arabs and Arab-Americans. It also asked respondents how confident they would be that a Muslim or Arab-American holding a position of influence in government could do their job without letting “ethnic loyalty ... influence their decision-making.”

The results are split sharply along partisan lines. Overall, Republican voters hold strongly negative views of Muslims, with 57 percent saying they view them unfavorably and just 26 saying they view them favorably -- more than double. The numbers are similar for Arabs, whom Republican respondents view negatively by a slightly smaller margin of 26 percent, 53 to 27 percent. When asked about “Muslim Americans” and “Arab Americans,” the numbers improved slightly, with a 12 and 15 percent net unfavorable rating, respectively.

By contrast, Democrats held favorable views of these groups by margins of at least 20-35 percent in all four cases. The view of Muslims and Arabs among Democrats was still less positive than other religious groups included in the survey, however, underscoring a resilient problem of post-9/11 America. Still, Democrats gave no group a net negative rating, while Republicans gave negative ratings to Muslims, Arabs, Muslim-Americans and Arab-Americans.

Of the 13 religious or ethnic groups included in the survey, only Sikhs had anywhere close to the negative ratings of Muslims and Arabs. Among all respondents, the religious group is viewed favorably 45-24, but Republicans are split 36-35, with almost a third unfamiliar. All other religious groups had strongly favorable views by margins of up to 60 percent in the cases of Presbyterians and Jews.

On the question of Muslims and Arabs in the government, the results were similar. While about twice as many Democrats said they were confident a Muslim-American could do his or her job and that ethnic loyalty would not interfere, the results were flipped among Republicans. A slim majority of 51 percent said ethnic loyalty would trump job responsibility, while 25 percent said they were confident Muslim-Americans in government could do their jobs.

Some of this divide is also along generational lines, which overlap with partisan divisions. The poll found younger Americans (18-25) of both parties rate Arabs and Muslims up to 17 points higher than the older generation.

The poll was conducted by JZ Analytics, the firm run by John Zogby, the brother of Jim, who is the head of the Arab American Institute. The online survey of 1,052 U.S. Likely Voters was conducted between Aug. 15 and 16, and had a confidence interval of 95 percent and margin of error +/- 3.1 percentage points.