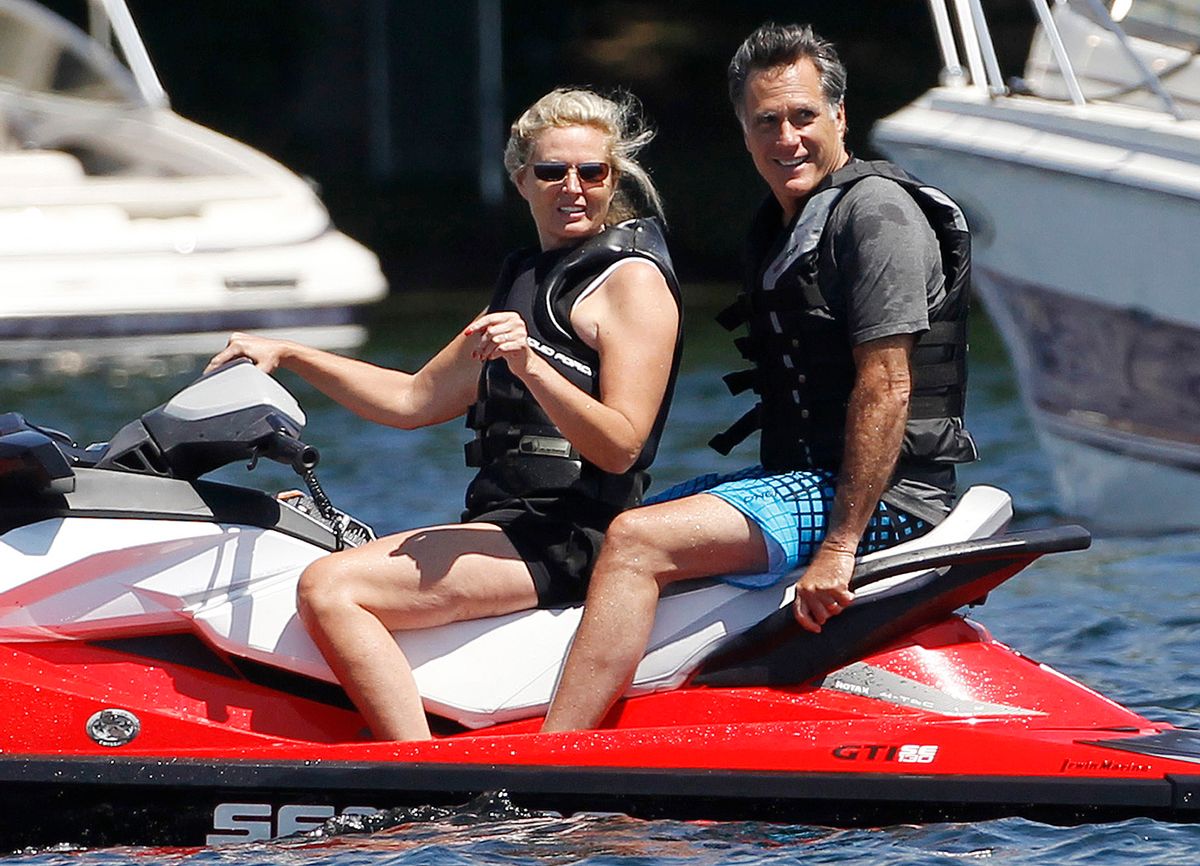 Gawker's John Cook got his hands on hundreds of pages of confidential financial documents related to Mitt Romney's investments. They're still going through the material -- it's obtuse stuff -- but so far it's fair to say that the trove proves that Mitt Romney is a very rich person who does weird rich people stuff with his money.

In other words he has a lot of people who work very hard to make sure Romney has to pay as little in taxes as possible. Eight of the strangely named entities Romney has millions of dollars invested in are in the Cayman Islands. As Bain Capital Fund VIII LP helpfully points out: "Under the current laws of the Cayman Islands, there are no income, estate, transfer, sales, or other Cayman Islands taxes payable by the Partnership."

As everyone knows, Romney made his fortune with complex ("innovative") financial instruments that are basically designed to be impossible to understand so that no one can regulate them. (This is also known as "job creation.") So obviously his money is still being used to create more money through credit default swaps and short sales and other things that rich people did that blew up the world economy a couple of years ago.

Some of the documents lend support to a common interpretation of Mitt Romney: That he's just playing pretend with all this conservative anti-Keynesian stuff. One fund Romney has a million or so dollars in sent its investors a letter acknowledging that the economy is "still highly dependent on fiscal support" -- or, in other words, the stimulus worked. (Though that's just what some money manager thinks. Romney picked Ryan, I think conservatives needn't be worried.)

Oh also some of the funds in Romney's retirement package from Bain Capital were created years after he "retired." (One as late as 2008.) Obviously Romney's incredibly sudden/lengthy and drawn-out ex post facto 1999/2002 Bain retirement is still a matter of some confusion, and this won't help matters. As Cook says:

But what's interesting about Sankaty Credit Opportunities is that, according to his 2012 financial disclosure, Romney's interest in the entity was part of his retirement package: It was made "pursuant to an agreement with Bain Capital regarding Mr. Romney's retirement" in 1999. But according to its audited financial statement, Sankaty Credit Opportunities didn't exist yet when Romney retired: "Sankaty Credit Opportunities, L.P., is a Delaware limited partnership which commenced operations on August 12, 2002." In other words, Romney's 1999 retirement agreement included an investment in an entity created in 2002—in fact, was created in the heat of his first gubernatorial campaign in Massachusetts. When Romney explained at an October 29, 2002, debate in Massachusetts that he wasn't responsible for Bain's actions after his 1999 retirement, it was just 8 weeks after the creation by Bain of a fund that was part of his retirement agreement.

Haha this reminds me of the time Romney transferred a bunch of his holdings that he didn't want to disclose to a trust in Ann's name literally the day before he was sworn in as governor of Massachusetts. Hiding money seems as hard as making it! (Also, Romney has to be richer than he says he is. $250 million seems on the small side to me. I guess Harry Reid has also said as much.)

Anyway, a Fortune editor says none of this is newsworthy because it's all just regular rich guy stuff (or private equity stuff), but the thing is, for normal people all this regular rich guy stuff is insane and scandalous. And also, sure, I totally believe that there's "little" tax benefit to doing weird financial stuff in the Cayman Islands. I definitely buy that.

Mainly, though, the takeaway from these documents is that Mitt Romney just collects millions upon millions of dollars, much of it untaxed, while sitting on his ass doing nothing to earn it, like a welfare queen.