Would raising taxes in Lubbock County, Texas, to fight off the new world order, incite revolution? 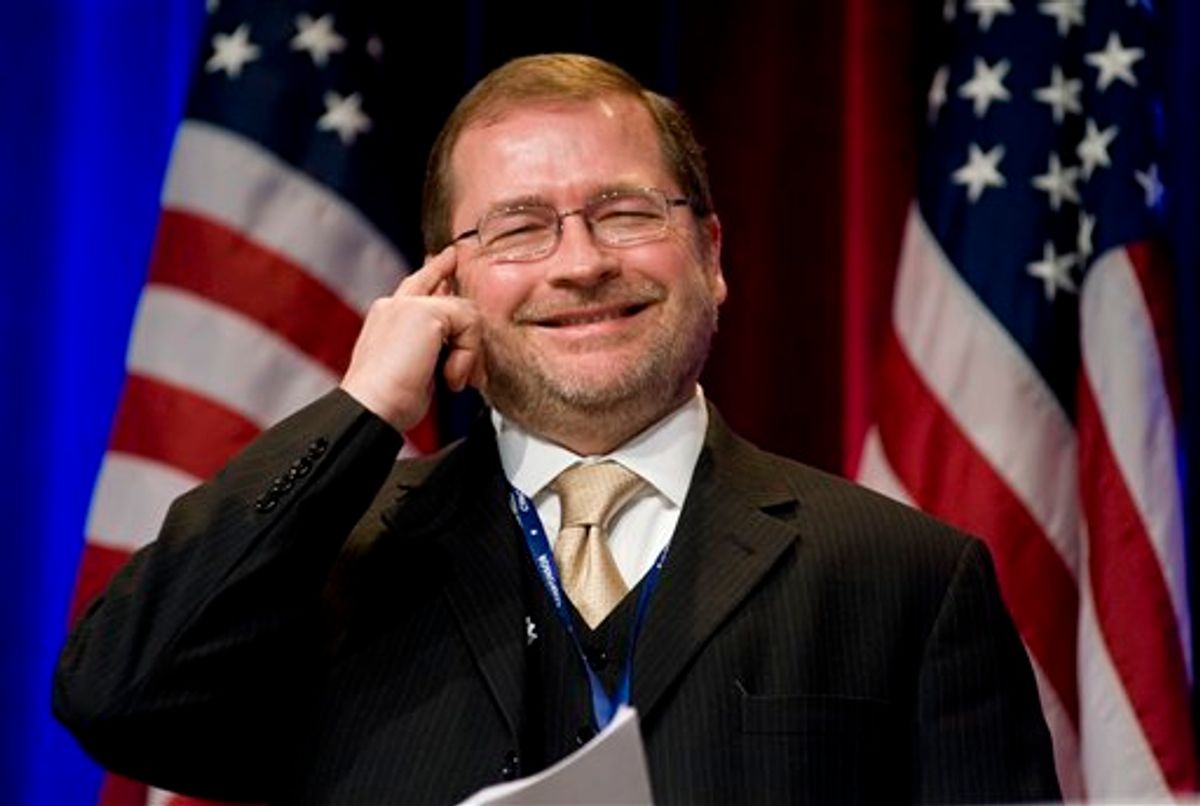 Tom Head, a judge from Lubbock County, Texas, is preparing for “civil war, maybe” if Obama gets reelected. He told Fox News that Obama is “going to try to hand over the sovereignty of the United States to the UN.” Just to be clear, Head seems to mean what he's saying, “We’re talking Lexington, Concord, take up arms, and get rid of the guy.”

What would it take for him to defend a Texas county from the United Nations and the wrath of President Obama? Apparently only seven deputies, funded by an $832,433 tax hike, coupled with $2 million in cuts.

Unfortunately, Grover Norquist, the GOP's top anti-tax crusader, can't go along with the plan. Why not? The proposed tax hike itself could lead to a revolution, via New York:

But Grover Norquist, the country's leading anti-tax crusader, refuses to give his blessing to Head's plan. Asked for a ruling on whether such a tax increase — vital, as it is, to maintaining the sovereignty of the United States, or at least Lubbock — would be kosher, Norquist told us in an e-mail, "Tax increases lead to civil unrest ... Google King George/tea/molasses/stamp/tax." In other words, if it's "civil war, maybe" that Head is worried about, raising taxes would be counterproductive.