Kevin Yoder bares it all 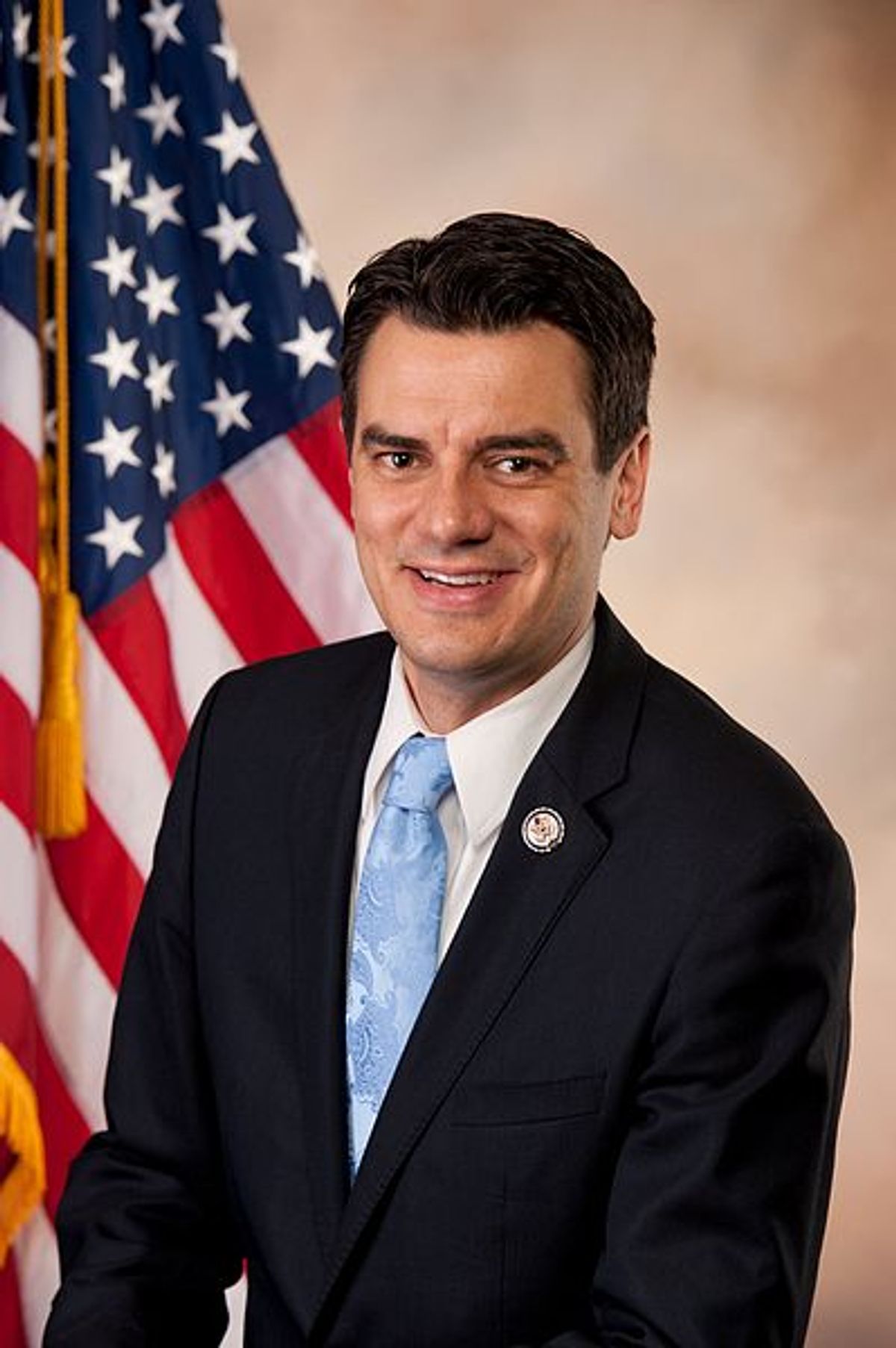 JERUSALEM — In the annals of diplomatic shenanigans in Israel, no one has it on the Argentinians.

In 1991, on the occasion of the first visit of an Argentine president to the State of Israel, the chief executive, Carlos Menem, landed at Ben Gurion airport and promptly pinched the bottom of a respected (and pretty — and suddenly shocked) local journalist covering his arrival.

Next, the concierge of Jerusalem’s King David Hotel registered a call from the presidential party’s floor, requesting access to local escort services.

All this shone in newspaper headlines.

A few years later, an Argentine ambassador fled the country after being accused of raping an Israeli embassy employee.

Israelis may be forgiven for finding the debate about Rep. Kevin Yoder's skinny dip at the Sea of Galilee a bit quaint, even heartening.

For one, late night skinny-dipping at the Sea of Galilee is a revered local tradition, often after a night of casual imbibing and relaxation at any of the campsites that line the water.

For another, Decks, the restaurant from which Yoder indulged in his late night plunge, serves succulent Golan beef, lamb brought exclusively from the farm of former Prime Minister Ariel Sharon and same-day-catch blue fin tuna — all grilled on slow-fired olive wood embers. It also serves delectable Galilee wines, and has an inviting balcony leading to a long private pier from which to descend some stairs, there to facilitate embarking or disembarking on passing boats.

Or to assist anyone desiring a quick dip. It is almost impossible not to be lured by a dive into the cool and inviting waters; intensifying the temptation, summer temperatures in Tiberias often hit 100 degrees Fahrenheit.

Then, of course, for believing Christians, an encounter with the actual, physical reality of "the sea where Jesus walked on water," in the words of Rep. Ben Quayle, who was also on the trip, often comes as something of a shock.

"We think it is fantastic that congressmen and Senators come to the Holy Land, the land of God, and enjoy a fabulous meal on the beautiful deck that overlooks the water, and enjoy themselves," said Noam Cohen, a shift manager at Decks, who is worried the Yoder-related publicity may scare some VIPs away.

"These things happen on both sides of the aisle," says a tour guide with years of experience guiding congressional delegations, "but especially with young Christian Republicans, you sometimes catch them falling into something like a Sufi trance. They relax, the cameras are far away, they let their hair down, they may have a bit too much to drink, and they've just walked in Jesus' footsteps."

In recent years, he said, trips for freshman Republican congressmen bring "a lot of Tea Partiers who have no experience being abroad."

The American Israel Education Foundation, a charitable organization that is affiliated with Aipac, Washington’s pro-Israel lobby, organizes the visits, which have become a set part of the first year experience for new members of Congress.

David Kreizelman, a foreign policy associate in Aipac's Jerusalem office said that in years of work with more than 20 such trips a year, he cannot remember a single incident of untoward behavior by any member of Congress or staffer.

One possible reason for this is that senior members of their own party, such as Rep. Eric Cantor, who “chaperoned” Yoder’s visit, always accompany the freshman groups.

None other than Linda Killian, a senior scholar on the Woodrow Wilson Center and an expert on young Republican congressmen (she wrote “The Freshmen: What Happened to the Republican Revolution?”) warned Yoder that his small act may cost the Republican Party significant votes.

"If there is one thing voters don’t forgive — especially in the mood they are in this year and with Congress at a 10 percent approval rating — it is being embarrassed by their representatives in Washington. Americans already think Congress is essentially a joke," she writes.

Of course, others have been quick to congratulate the Kansas congressman, for example the American Association for Nude Recreation, who note that Yoder has illustrious political nude bathing predecessors in John Quincy Adams, Teddy Roosevelt, John F. Kennedy, Lyndon Johnson, and George W. Bush.

And yet others, mainly Israelis, have expressed bemusement at the understandable predicament of the beleaguered congressman, who was forced to apologize for any "embarrassment" he may have caused.

Referring to the Sea of Galilee, really a lake, by its Hebrew name, Allison Kaplan Sommer, a blogger at the Israeli site ha'aretz.com, wrote that "hearing a politician from the US take responsibility and apologize for such a minor transgression as skinny-dipping feels to Israeli ears as the water of the Kinneret must have felt on Yoder’s skin. Very refreshing."