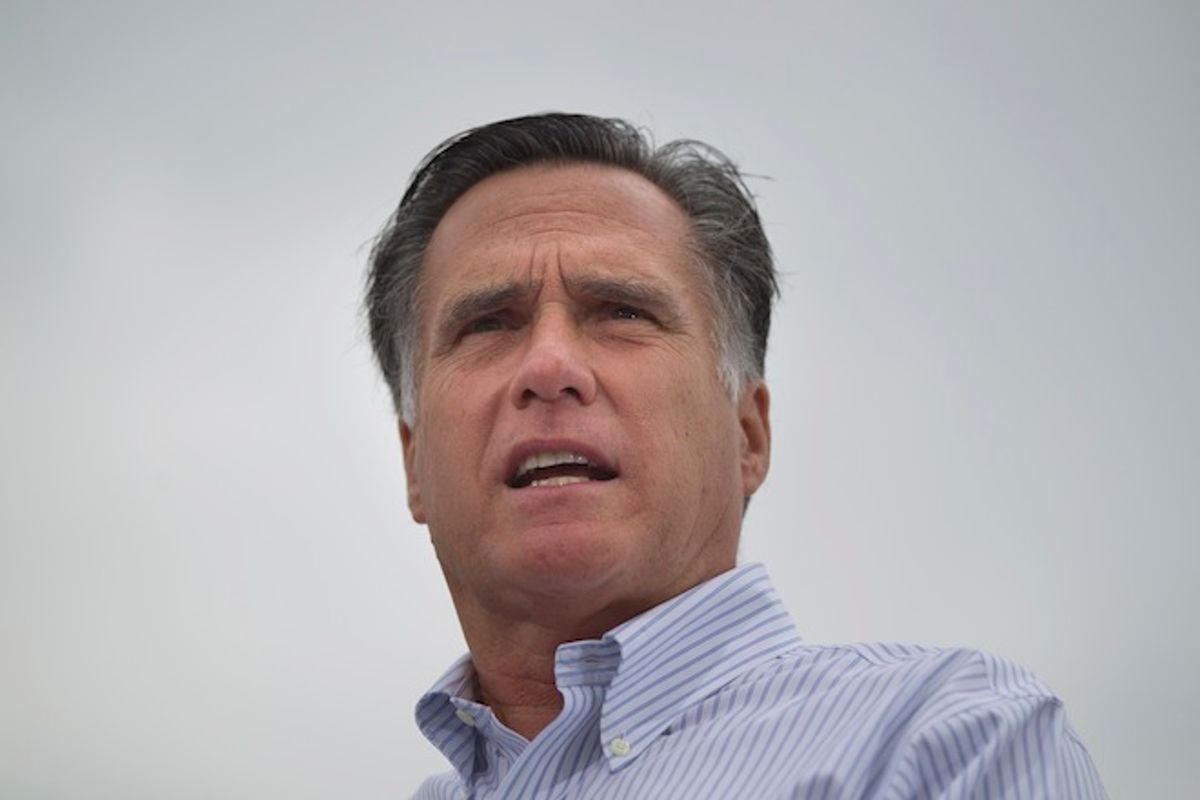 With his joke today that "No one has ever asked to see my birth certificate," Mitt Romney moved down to the lowest rung of the Republican Party – the racist demagogues who know better.

I don't forgive poor, isolated, ignorant whites their racism, but you can understand some of the cultural programming that's embedded it. Romney knows Obama was born here. And he also knows exactly what he's doing with his birth certificate joke: He's telling the bedrock Republican reactionary base to pay no attention to that Todd Akin mess, Romney will cater to their basest political desires.

We know Romney knows better, because his son Matt made the same joke, and had to apologize (if tweeting "My bad" is an apology). This time, he didn't have one of his sons, or even Paul Ryan, act as surrogate: Romney himself is willing to wade into the muck himself.

If you had any doubts about the racial animus behind Romney's lying welfare ads – which polls show conservative whites view through a racial lens, thanks to Ronald Reagan painting "welfare queens" in such vivid terms – Romney's descent into birtherism should dispel it.

Talk about doubling down on whiteness.

Mitt Romney should be ashamed of himself, and so should anyone who votes for him.