I never knew Tony Scott, but his high-profile death reminded me of my own suicidal tendencies 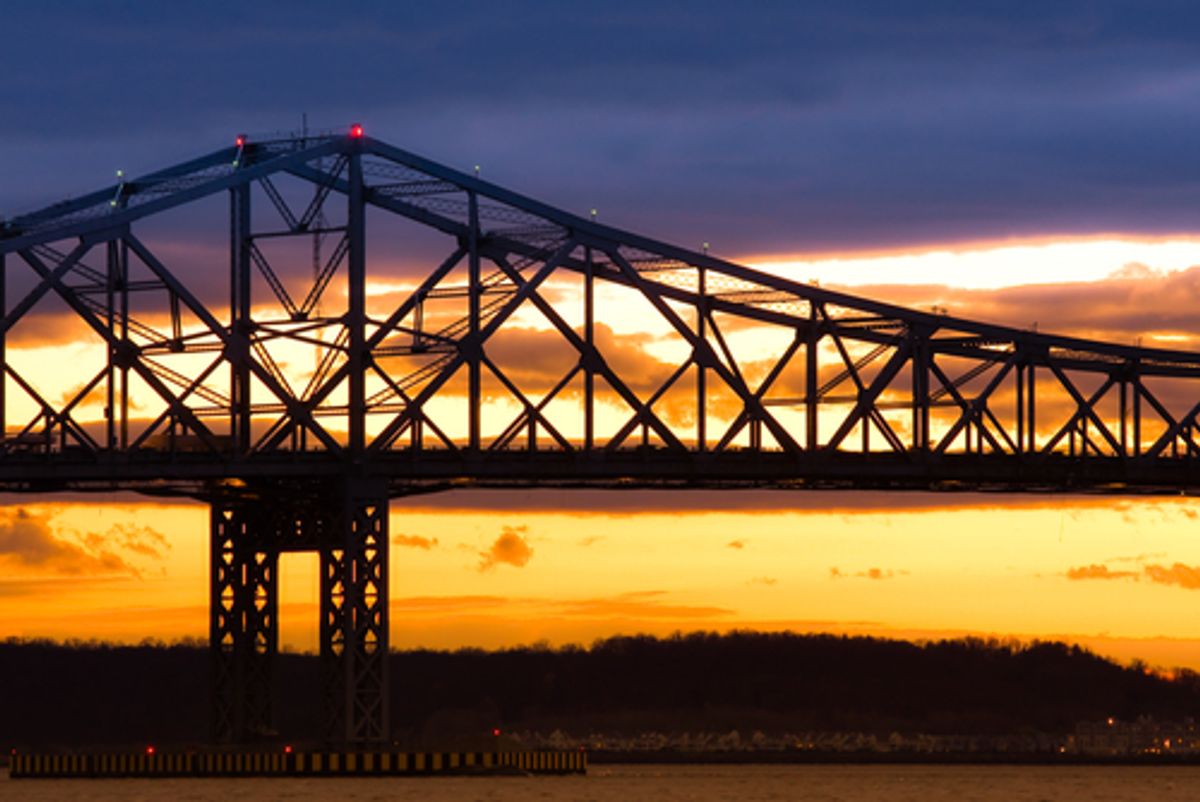 Last weekend, I was rereading "Darkness Visible," William Styron’s essay on his descent into clinical depression. Around the time I was reading Styron’s chapter about his friends and acquaintances who had taken their own lives, "Top Gun" director Tony Scott was leaping to his death off a California bridge. The odd synchronicity had me contemplating a subject I’m loath to discuss: my own past suicidal thoughts.

I had a number of moments of despair when I felt that surviving for one more day would be pure agony, and I imagined myself ending it all. I live only a few miles from the Tappan Zee Bridge, the site of several suicidal leaps into the Hudson River every year, and often I thought about adding my name to the list. Even now, whenever I read one of those tragic stories in the local paper, I hear a faint siren’s call, as if an inevitable fate is beckoning to me. Every time I drive across that span, unless I am distracted by conversation, I’m helplessly calculating the best place from which to jump. The bridge occasionally shows up in my dreams.

Those who have never felt those moments of hopelessness can’t understand what they are like. I’ve heard people tell me that they could never take their own life, and in their words, I hear naiveté. There is no way to predict how people will act once they make that descent into utter despair. I always think of Fran, the least likely suicide I’ve ever known.

Fran was my co-worker in the early 1980s. I considered her a surrogate mother. She was warm and kind, always ready with a word of support or advice, with an easy disposition that allowed her to deflect our manager’s occasionally bawdy talk without losing her temper or dignity. I pictured her as the kind of woman who would have always had a plate of fresh-baked cookies and a glass of milk awaiting her kids when they arrived home from school.

A few years after I moved on to a different company, Fran leapt from a bridge to her death. What happened to her is a pointed refutation of the odious adage that God never gives you more than you can handle. In fact, God (if He exists) not only put too much on Fran’s plate, He tried to shove it all down her throat at once.

Fran’s husband had Alzheimer’s, and not only did he no longer recognize her when she visited, he acted with hostility toward her. That’s awful enough. But if that was a powerful left hook to her stability, fate delivered a right cross unimaginable to most parents: one of her sons murdered her other son (and threatened to do the same to the daughter). In an instant, her family had completely imploded. They say, “Don’t judge until you’ve walked a mile in her shoes,” but I know I don’t ever want to walk that mile.

Still, Fran was an acquaintance. Terry was family.

Terry was my wife’s younger brother, the only son of a man who was abusive: physically to the mother that Terry loved, verbally to the son he felt didn’t meet his standards. Here’s all you need to know about their dysfunctional family: Terry walked my wife down the aisle at our wedding instead of the father who is estranged from most of his children; one of my wife’s sisters refused to attend the wedding because Terry would be present.

On the infrequent occasions that we socialized with him, I found Terry to be charming and witty. I should add a caveat: as long as he was off drugs. I saw him a couple of times when he was addled by his crack habit, and he was delusional and illogical; on one of those occasions, in a matter of seconds, he told us that he hadn’t yet slept with his new girlfriend and that she was carrying his baby. He had the intelligence to hold a decent job and the charm to establish a relationship with a delightful woman, but he had the lack of self-esteem that compelled him to sabotage both.

Still, we were shocked in 1997 when we received the wee-hours phone call from the New York City Police that Terry had stood on a subway platform near Yankee Stadium and leaped in front of an oncoming No. 4 train. We hadn’t heard from him in a while, and we imagined him still high on crack and perhaps disgusted finally at his inability to rid the monkey from his back.

After a few hours of troubled sleep, we made the grim rounds that I wouldn’t wish upon my worst enemy. We went to a Bronx morgue to identify his body, but he was so mangled by the impact that they would only show us a photo of his battered and bruised head, which we barely recognized. We made our first, and hopefully last, trip to an inner-city police station that felt more like an Iraqi war zone than the casual suburban precinct of my town. When my wife identified herself at the desk, the officer yelled, “Hey, Joe, it’s the jumper!”

My wife asked the officer if Terry might not have slipped and fallen off the platform.

“No, ma’am,” he answered. “He jumped. There were several eyewitnesses.”

Finally, we went to gather his things from the room he rented on Decatur Avenue. The house was much nicer than I expected, but the reality of Terry’s final days was dreary. His room was barely the size of a walk-in closet, just enough room for a bed and a nightstand. His possessions were meager; the only items worth saving – some demo tapes (he was a drummer), a Bible, a few papers and knickknacks – easily fit into one box. It was depressing to see a man’s 42 years reduced to so little substance.

My wife spent the next few days with the arrangements: a newspaper obituary, a small memorial for the few people who cared, and a cremation. Eventually we scattered some of his ashes at a religious retreat where he had briefly found some peace. Over the next month, however, my wife was given to occasional, random crying jags, when she was suddenly overcome by the sadness of Terry’s outcome and her inability to prevent it.

We had one final surprise several weeks later when we received the death certificate. We had to check the autopsy report twice to be sure we had read correctly that Terry, at the time of his death, had not one trace of alcohol or narcotics in his system. I shivered at the realization that when he had made the desperate decision to leap in front of the train, he had been stone cold sober.

Reminding me in my lowest moments that I was luckier than Terry – a wife and children who love me, greater resources to tap – would have had no impact. Despair is impervious to logic and reason. The fact that someone is suffering more than you does nothing to alleviate your own suffering. However, having experienced the aftermath of Terry’s suicide, I was constantly aware that taking one’s life may be an end for you, but it is not an end for the people in your life; that is probably why my thoughts never passed the daydream stage.

I can’t – and won’t – judge Fran or Terry (or Tony Scott) for their actions; only they knew the extent of their suffering. But I believe that, with the exception of people in constant physical pain, nobody truly wants to end their life. The human body is designed to sustain life. Despite what your conscious mind may be thinking, the brain is still transmitting signals to pump blood through your veins and oxygen into your lungs. Suicidal people want to believe that it is not hopeless, that their problems are solvable, that somebody truly loves them.

Last Friday, a 41-year-old woman, despondent over the end of her marriage, attempted to jump off the Tappan Zee Bridge. Ed Joseph, a local school official who happened to be driving by, raced from his car and grabbed her arm, so tightly that “I could feel her bones.” She attempted for a few minutes to struggle free, but Joseph refused to let go, talking to her as well as talking to her ex-husband on her cellphone.

Finally, she grabbed onto his arm and let him pull her to safety.