How is drought tied to increased suicide rates and cows' new candy diet? 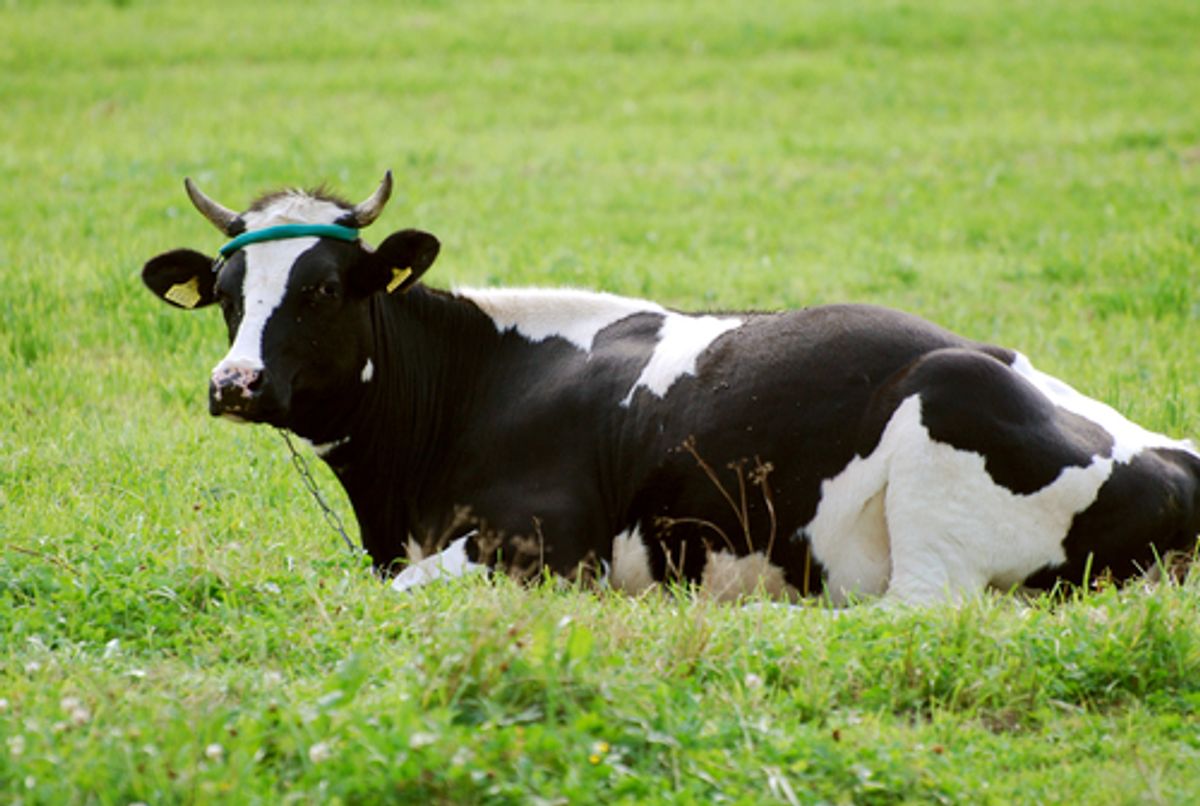 When you think about the terrible effects of climate change, I bet you picture droughts, hurricanes, tsunamis and earthquakes, which makes sense — climate change is causing weather patterns to go absolutely crazy. But the crazy weather leads to other consequences that we often don’t think about when we hear the globe is warming up. Here is a list of 5 frightening effects from climate change this summer.

Besides destroying crops and causing food prices to spike, droughts have recently been linked to an alarming consequence: suicide. In a new study published in the journal Proceedings of the National Academy of Sciences, researchers found a link between droughts and suicides among men ages 30 to 49 living in rural areas in Australia. After evaluating 40 years of drought and suicide data for the state of New South Wales, droughts were linked to a 15 percent increase in suicide risk among these men. This link was also found in men under 30, though no link was found among women.

Though research for this study was completed in Australia, links between droughts and suicides have been made before, particularly in India where thousands of farmers kill themselves each year. In fact, a recent article states that one farmer in India commits suicide every 12 hours.

As the United States is seeing its largest drought since 1956, there are reasons to be concerned about the correlation. While the authors of the study note,“suicide is a complex phenomenon with many interacting social, environmental, and biological causal factors,” there are plenty of explanations for the correlation. The authors write that farmers and farming communities lose a lot of money when droughts destroy their crops. They also state that farmers experience mental distress when witnessing the devastation of their livestock and crops.

The authors remind us that if we don’t truly work to stop climate change, we will have to face the disturbing effects. They conclude in their abstract: “Elucidating the relationships between drought and mental health will help facilitate adaptation to climate change.”

What do you get when you combine increasingly warm weather and thousands of mosquitoes? A huge outbreak of West Nile virus. As droughts are causing creek waters to stop flowing, mosquitoes are finding the perfect breeding spot in the standing water. Mosquitoes also mature and thus breed faster in the heat. Meanwhile, warm weather also decreases the virus’ incubation period. This all allows the virus to spread rapidly. In addition, earlier springs and milder winters lengthen breeding season.

What’s the number-one thing you need to distribute goods along the Mississippi River? Water. But the drought has shortchanged the river this summer, as its water levels hit a record low.  For instance, the water level near Memphis is 12 feel lower than normal. As a result, 11 miles of the river were recently closed when a vessel ran aground. The river’s shutdown halted nearly 100 boats and barges from passing. Obstruction of riverways can have devastating effects on the economy. In 2010, more than $40 billion worth of cargo passes along the Mississippi River.

The U.S. Army Corps of Engineers has responded with lots of dredging, a process of clearing out an area of water by scooping up sediment. However, as we often realize, trying to put a bandage on our environmental crisis rarely works. Dredging causes its own environmental impact, including harming marine ecosystems and spreading toxins near the site.

USACE is dredging in an attempt to make the river deep enough so heavy barges can pass. Shippers have had to lighten their barges, which is increasing their fuel and labor costs, and is, of course, not very sustainable.

The river has since opened, but several ports along the river have closed, and low water levels are expected to affect cargo until October.

The captain of one dredge, Frank Segree, said, "If we lose the river system it's just like losing the interstate highway system … Commerce is a vital part of our nation. This is a main artery for commerce."

Nuclear power plants often rely on cold waters to cool their reactors. But as hot weather is causing water temperatures to rise, nuclear plants have had to respond. In Connecticut, the Millstone nuclear plant was recently shut down as the waters surrounding it reached nearly 77 degrees, 2 degrees higher than the 75 degrees the reactor was designed to withstand.

In July, an Illinois nuclear plant, whose reactor was built to work in water below 98 degrees, asked for special permission to continue operation when the waters around it reached 102 degrees. Permission was granted partly because if a nuclear plant shuts down, cold water must be available to cool all equipment.

Craig Nesbit, the owner of the plant, told the New York Times, "Last thing in the world you’d ever want to do, if there was no safety implication, is shut down a 2,600-megawatt nuclear plant in the biggest heat wave in the last 30 years."

Other plants in the Midwest have faced similar problems with warm water temperatures as well as low water levels, which inhibit reactors’ pipes from drawing up water.

Although we should be focusing on creating more sustainable initiatives than nuclear energy, even greener energy projects are struggling to meet the supply of our large energy demand. For example, California’s hydroelectric power plants cannot produce as much electricity this summer due to the drought. Perhaps, the only truly sustainable approach we can take is to change our resource-consuming lifestyles.

Still, the worst-case scenario is not simply a reduction of energy, but a nuclear plant meltdown. Emergency officials in Connecticut even held a drill to deal with two fictitious accidents at the Millstone nuclear plant. They prepared for a release of large amounts of radioactivity from the reactor. The governor declared a general emergency, closing parks, moving schoolchildren to evacuation centers, evacuating residents within five miles of the plant and distributing potassium iodide pills to guard against absorption of radioactive iodine through people’s thyroids.

With corn nearly $9 a bushel due to the drought, Nick Smith, the co-owner of United Livestock Commodities in Kentucky, said his farm had to come up with a cheaper way to feed his cattle. The remedy? A concoction of candy rejected for human consumption, an ethanol byproduct and a mineral nutrient.

Joseph Watson, also a co-owner of the farm, said, "Just to be able to survive, we have to look for other sources of nutrition."

Watson claims the cows seem to be doing okay. But since cows are designed to eat grass — not corn, and certainly not an expired candy and ethanol mixture — the sweet mixture probably won’t be promising. And there are human side-effects, too: cows that don’t eat grass are more prone to developing E. coli, which can infect various types of food we eat.

Just this past week, a produce supplier in California recalled its romaine lettuce in fear of possible E.coli contamination. So vegetarians, don’t think we’re in the clear. Nobody is safe from these terrible climate change consequences that are affecting people -- and animals -- worldwide.