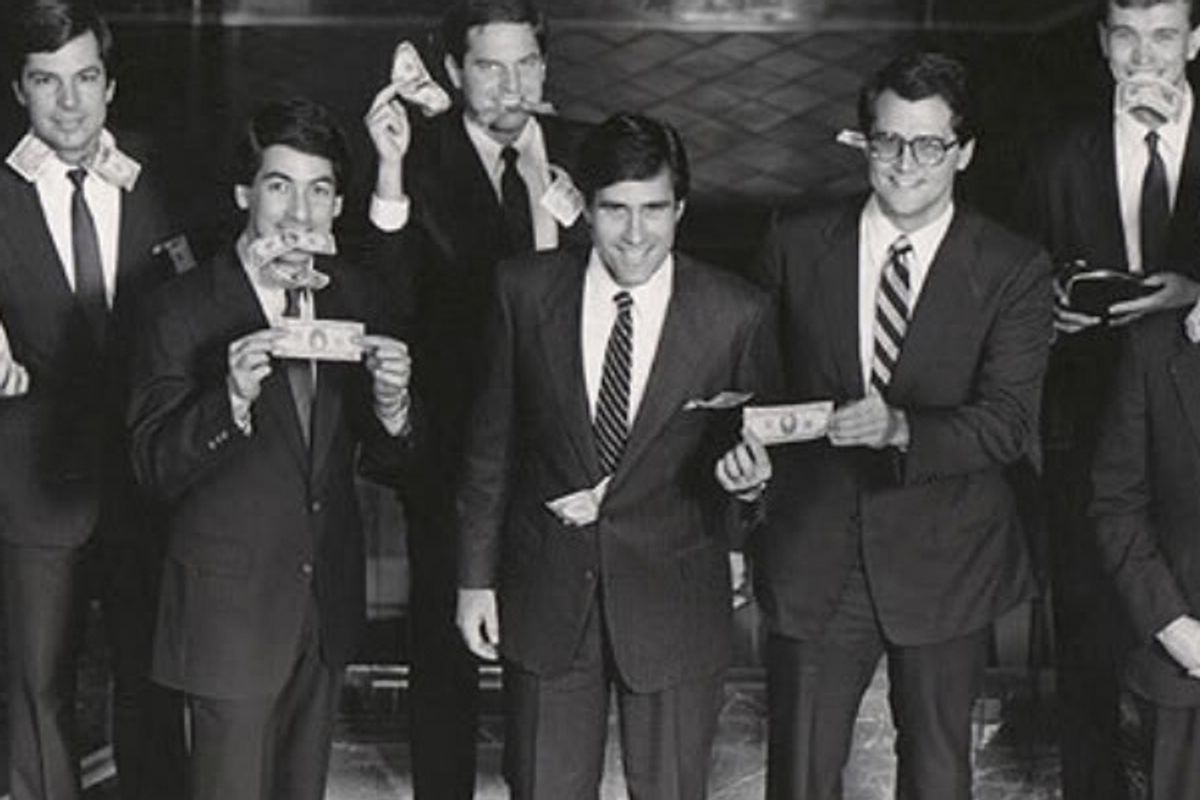 Just in time for a Republican convention poised to officially anoint a private-equity mogul as the GOP nominee for president of the United States, the left-wing economic think tank Center for Economic Policy and Research is pushing a new report that analyzes exactly how private equity investors rake in their profits. Mitt Romney's name doesn't appear in the new report, but his shadow looms large: It's not too much of an exaggeration to suggest that if voters pick Romney, they will also be endorsing a specific form of capitalism.

The report has a very long title: "Implications of Financial Capitalism for Employment Relations Research: Evidence From Breach of Trust and Implicit Contracts in Private Equity Buyouts," but the conclusion can be summed up in a few pithy words: workers get screwed.

The words "breach of trust" capture the heart of the paper's conclusion. The basic argument is that under old-school "managerial capitalism" labor and management engaged in agreements that implied a certain amount of mutual trust in the notion that both sides would work to ensure the company's welfare over the long term.

Not so in new school "financial capitalism," where the goal is to extract as much profit from a deal as possible in a set time frame -- usually, at most, 10 years. Achieving that goal, argue the paper's authors, often requires trampling over whatever implicit commitments a company may have made to workers or local communities or even its own vendors.

Workers, for example, are willing to give discretionary effort or assume risks based on an implicit understanding of long-term reciprocal commitments from the company. Private-equity owners eager to realize quick returns, however, may knowingly repudiate these implicit contracts and achieve personal gain from the default on stakeholder claims.

The above observation is not appreciably different from the plotline of Oliver Stone's first "Wall Street" movie. But CEPR's paper brings the story up to date by focusing on four recent case studies in which private equity investment led to serious negative consequences for the target of the buyout: the Mervyn's department store chain, the music company EMI, the confectionary giant Cadbury, and the Stuyvesant Village apartment complex on the Lower East Side of Manhattan. In each case, the strategies employed by the new controlling investors ended up causing significant harm to the workers and communities that depended on the buyout targets for their livelihoods, and in two of the cases, EMI and Mervyn's -- the near complete destruction of the enterprise itself.

The paper's methodology can certainly be faulted for cherry-picking: There's no attempt to take a comprehensive look at who benefits or who loses from private equity investments across the entire spectrum of all PE investments, so there's no quantitative way to say how these four examples represent what is happening in the industry overall. Defenders of private equity could doubtlessly come up with four examples of their own where companies prospered after a PE takeover.

But there's a deeper story here. The key point is that workers are no longer considered "stakeholders" of a firm with interests that need to be accommodated. In financial capitalism, shareholders are the only stakeholders that count. Workers are entirely on their own -- if their wages are cut, or pensions slashed, or jobs entirely eliminated, that's just the name of the game. They have no power to seek their own interest.

None of the case studies in the report involve Mitt Romney or Bain Capital. But by choosing Romney as its nominee the GOP is clearly endorsing financial capitalism, and clearly declaring that maximizing short-term shareholder profits should be the guiding ideology of the new economy. It seems like a weird thing to do in an era of growing income inequality and high unemployment, an era where so many workers feel that the game is rigged and the odds are stacked against them. But no politician in the United States currently represents the shareholder-is-always-right ethos more fully than Mitt Romney, so weird or not, it's what this election is about.