Since when is Obama divisive?

In our charged political climate, it's become a common Republican refrain -- even if it makes no sense whatsoever 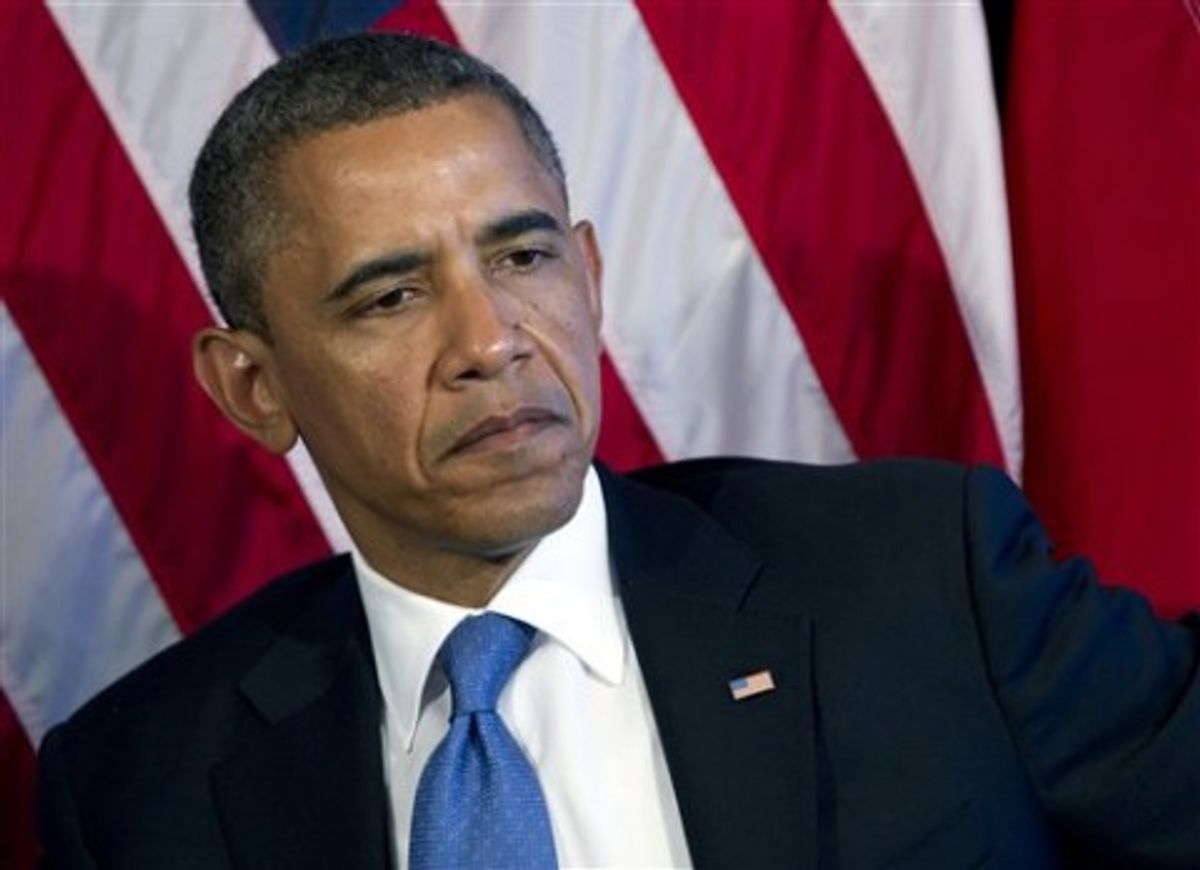 Of all the things Republicans have called President Obama in the last four years—socialist, radical, un-American, anti-American, elitist—perhaps the strangest is "divisive." It seems so odd to the rest of us when we look at Obama, whose entire history, even from childhood, has been about carefully navigating through opposing ideas, resolving contradictions, and diffusing tensions, who has so often infuriated his supporters with compromises and attempts at conciliation. Yet conservatives look at him and see someone completely different. They see Obama plotting to set Americans at war with one another so he can profit from the destruction, perhaps cackling a sinister laugh as thunder rattles the windows on the West Wing and America's demise is set in motion.

There has seldom been a clearer political case of what psychologists call "projection," the propensity to ascribe to someone else one's own thoughts, feelings, and sins. It's true that we are in a polarized moment, and what is called nastiness often turns out to be genuine substantive differences between parties that represent distinct groups of Americans. But Republicans have been, shall we say, vigorous in their opposition to this president, both completely unified and unrestrained in their criticism. Yet they remain convinced that Barack Obama is the one who bears responsibility for whatever division has been sown.

Just a few examples, to let you know I'm not pulling this from nowhere. Republican Senate leader Mitch McConnell, the man who proudly proclaimed, "The single most important thing we want to achieve is for President Obama to be a one-term president," calls Obama "the most divisive [president] I've served with." "We have not seen such a divisive figure in modern American history than we have over the last three and one-half years" says Senator Marco Rubio. "President Obama has become one of the most divisive presidents in American history," charges GOP uber-strategist Ed Gillespie. RNC chair Reince Preibus calls Obama "divisive, nasty, negative." Mitt Romney tells Obama to "take your campaign of division and anger and hate back to Chicago and let us get about rebuilding and reuniting America."

The "divisive" charge isn't just an accusation, it's an entire narrative arc, awaiting only the conclusion in which the American people send Obama and his divisiveness packing. As the conservative Washington Times editorialized, "He said he would be a unifier, that he would reach across party lines, that he would forge consensus. Once he took office, however, armed with a hard-left agenda and backed by a supermajority in Congress, the arrogance of power overwhelmed the better angels of his nature." This is a story Republicans tell often, a story in which Republicans themselves are strangely absent. That "hard-left agenda" wasn't just inherently divisive, it was also enacted divisively; for instance, one often hears Republicans claim that the Affordable Care Act was "rammed through" Congress without Republican support. You might recall that in fact the ACA went through over a year of hearings, negotiations, conferences, health care summits, endless efforts to cajole and encourage and beg and plead for Republican support, before those Republicans successfully kept every last one of their troops in line to vote against it. But as on so many issues, all of that is washed from the story, leaving only Barack Obama and his divisive actions.

Don't ask about Republicans' unprecedented use of the filibuster to stifle Obama's appointments and legislation, or how the Tea Party Republicans took the country to the brink of financial catastrophe, or how many elected members of their party question Obama's patriotism and genuinely believe he isn't actually an American. Don't ask about conservative media figures who continually race-bait and encourage their legion of listeners to nurture a white-hot hatred for the president and liberals in general. No, the real viciousness belongs only to Barack Obama, and its horror can be seen in things like his suggestion that that the wealthiest Americans could tolerate an increase in the top tax rate from 35 percent to 39.6 percent (a suggestion always accompanied by encomiums to success and the reassurance that the wealthy are fine people). Not only is Obama "demonizing the rich," as Romney surrogate John Sununu says, "when he says 'rich' he says it with a snarl." You may believe that no human being on this plane of reality has actually ever seen Barack Obama snarl, but that would just mean you aren't looking closely enough.

The New York Times reported over the weekend that Romney's advisers are now "convinced he needs a more combative footing against President Obama in order to appeal to white, working-class voters," so they are making clear that this election is about us and them. If there's any confusion about who's who, you can turn on your television to find out. Romney is currently running ads charging falsely that Obama is taking tax money from hardworking people like you to support layabout welfare recipients who no longer have to satisfy work requirements, and has now turned to telling seniors (again, falsely), that "the money you paid for guaranteed health care is going to a massive new government program that's not for you." But I'm sure Romney does this more in sadness than in anger. After all, when faced with someone as divisive as Obama, what choice does he have?

And like Obama, Bush came in to office hoping to heal partisan divisions. "I don't have enemies to fight," he said in his 2000 convention speech. "And I have no stake in the bitter arguments of the last few years. I want to change the tone of Washington to one of civility and respect." I suppose Republicans might say that Bush's failure to succeed in that goal wasn't the president's fault but that of the opposition, while the continued acrimony during the Obama years isn't the opposition's fault but that of the president.

Ask Republicans what Obama might have done to be less divisive, and the most common response is that he could have abandoned his own agenda and adopted theirs instead; had he done that, they would have been happy to work with him. Which gives us a clue to the terrible thing Obama did to them. By making Republicans hate him with such a burning fire—by having the gall to win the presidency, then brazenly pursuing his party's longstanding goals like health care reform—he brought out the worst in them. And they really can't be blamed for that, can they?