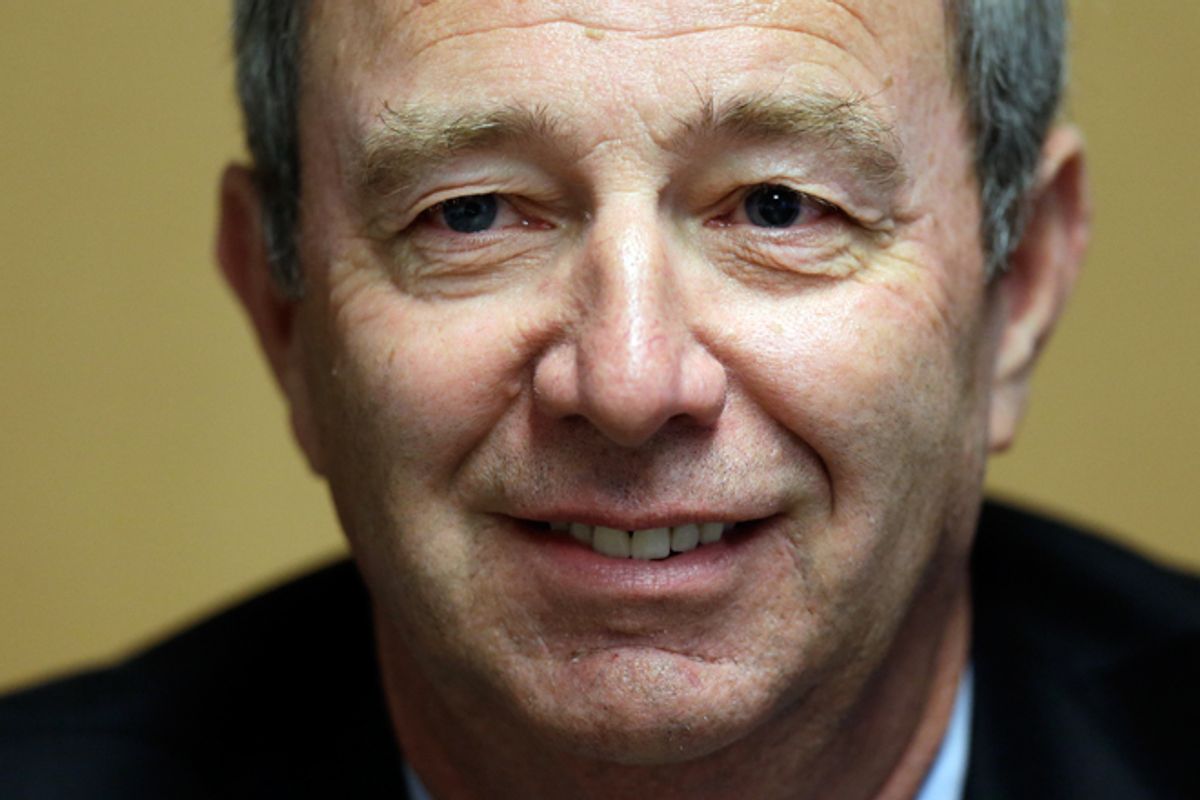 Perhaps you're confused at what Pennsylvania Republican Senate candidate Tom Smith was getting at in a recent interview when he was asked about abortion in cases of rape and started talking about the shame of "out of wedlock" birth. Don't be: As with Todd Akin, it was a moment where a conservative was just a little too honest in expressing his views on women.

An Associated Press reporter asked Smith, "How would you tell a daughter or a granddaughter who, God forbid, would be the victim of a rape, to keep the child against her own will?" Smith replied, "I lived something similar to that with my own family. She chose life, and I commend her for that. She knew my views. But, fortunately for me, I didn’t have to. She chose the way I thought. No, don’t get me wrong, it wasn’t rape." What was it, then? His daughter had "a baby out of wedlock." Asked if that was similar to rape, Smith stammered, "No, no, no, but … put yourself in a father’s situation, yes. It is similar. But, back to the original, I’m pro-life, period."

If you believe pregnancy from rape and pregnancy from sex out of marriage are "similar," then you implicitly believe that the problem with rape is that it's non-sanctioned sexual activity, as opposed to a crime against a woman's person. The problem is not the consent; the problem is sex outside of the regulated strictures, meaning marriage. This is the same worldview that, for example, resisted the concept of marital rape (as Akin did, or more recently, Idaho Republican Chuck Winder) because marriage is supposed to be a protection against all forms of illicit sex. In other contexts -- ones that conservatives obsessed with Shariah law point to darkly -- it's the worldview that lends itself to so-called honor killings, in which the point is not whether a woman chose to have sex or not, but that the existence of the wrong kind of sex brought shame upon the family.

In other words, seeing rape and unmarried births as the same means you're upset about sex, not about a woman's life and choices.