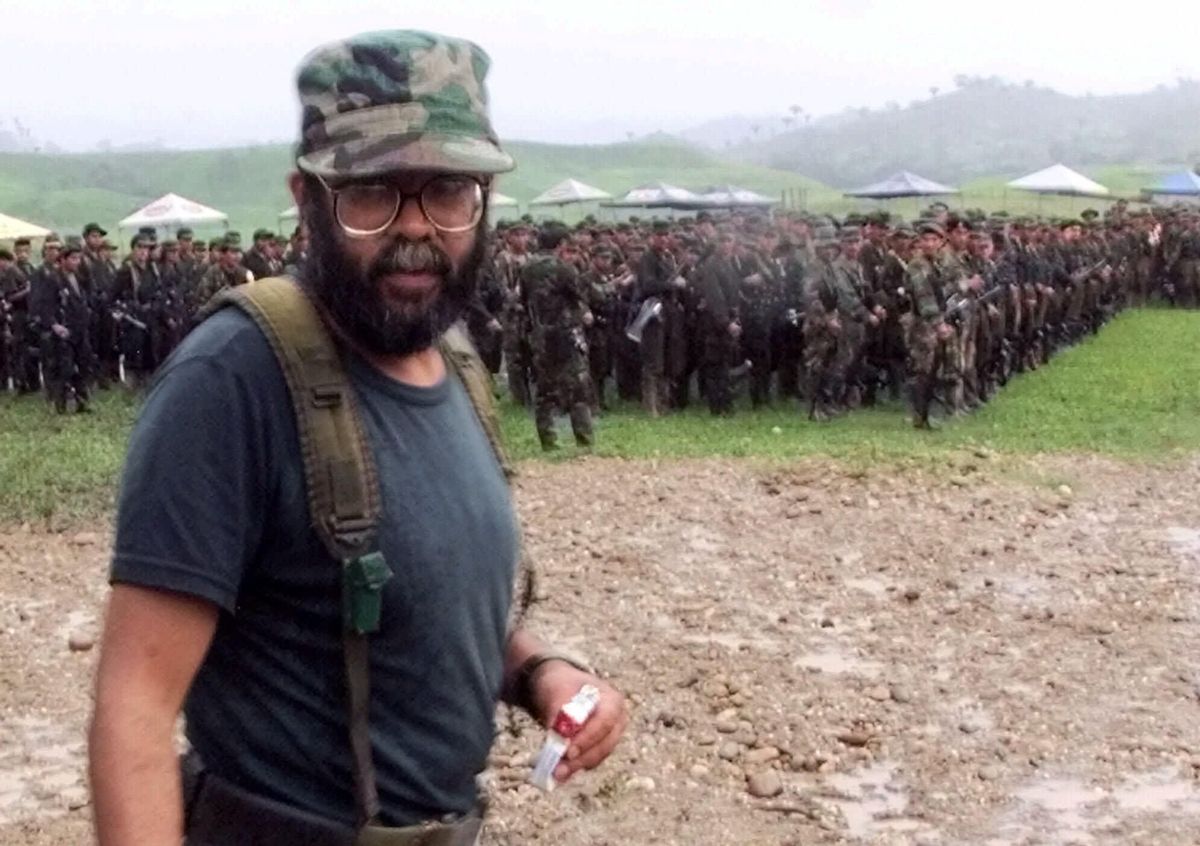 Editor's note: Updated with the Colombian president confirming his government has agreed to hold peace talks with the FARC guerrilla group.

BOGOTA, Colombia — For the first time in a decade, the Colombian government appears set to sit down for peace talks with the country’s largest Marxist guerrilla organization in an effort to end nearly half a century of fighting.

Late Monday, President Juan Manuel Santos confirmed mounting speculation that talks between his government and leaders of the Revolutionary Armed Forces of Colombia, or the FARC, are beginning.

“We’re going to learn from past mistakes so as not to repeat them,” Santos said in a short televised address. “The Colombian people can fully trust that the government is working prudently, responsibly and firmly, always putting the well-being and tranquility of our country’s population first.”

Venezuela’s Telesur TV station had reported earier Monday that government envoys and leaders of the Revolutionary Armed Forces of Colombia, or FARC, would hold an inaugural ceremony in Oslo, Norway, on Oct. 5, then proceed with negotiations in Havana, Cuba.

Former Colombian Vice President Francisco Santos, now news director of Bogota’s RCN Radio station, also confirmed the pending talks which he said would contemplate a cease-fire and ways to disarm and demobilize the FARC, which first took up arms in 1964.

Santos gave far fewer details. “In the coming days the results of the rapprochement with the FARC will be made known,” he said.

He added that another, smaller guerrilla organization, the National Liberation Army, known as the ELN, had also said it is willing to hold peace talks with the government. The ELN, too, could participate in this negotiation process, Santos said.

There was no immediate comment from the Colombian government. However, President Juan Manuel Santos, who took office in 2010 and will likely run for a second term in 2014, has said he would like to go down in history as the president who finally brought peace to Colombia.

In May, pro-government legislators helped pave the way for talks by passing a constitutional amendment that would pardon guerrillas for many of their crimes and allow them to participate in politics if they disarm under an eventual peace accord. Speaking to a group of military officials a few weeks later, Santos declared: “Peace means victory.”

Still, the journey from negotiations — if they do indeed happen — to a peace treaty promises to be a long and rocky road. They would be the first formal talks between the government and the FARC since 2002, when three years of negotiations broke down.

Back then, the government agreed to withdraw troops from a 42,000 square kilometer (over 16,200 square mile) area in southern Colombia as a good will gesture during the talks. But the FARC refused to make any concessions and used the demilitarized zone to launch attacks and stash kidnapping victims. The government finally pulled the plug when FARC commandos skyjacked a commuter plane and kidnapped a senator on board the aircraft.

However, a decade ago the FARC was far stronger with about 15,000 fighters and the rebels believed they would march triumphantly into Bogota. Since then, the rebel group’s numbers have been reduced by about half amid an ongoing US-backed military offensive that has also killed many of the FARC’s top leaders. As a result, the FARC may be more willing to cut a deal.

Still, the government ruled out another DMZ for eventual talks. Santos said the military will continue operations “on every centimeter of national territory.”

Another key difference is that the upcoming talks, according to the media reports, would be held in Cuba. The neutral venue could be more conducive to reaching a deal, according to Camilo Gomez, the top government negotiator for the peace talks a decade ago.

But while Colombians want peace, the country is sharply divided over whether the government should negotiate with the FARC, which has been designated as a terrorist group by the US State Department. The FARC enjoys almost no public support and many Colombians believe the army should simply try to destroy the rebel organization.

Former President Alvaro Uribe, who has become Santos’ most high-profile critic, claims his government has gone soft on the guerrillas. He lashed into Santos in a speech Monday, saying: “This government thinks it can achieve peace by negotiating with terrorists.”

However, the FARC is nowhere near defeated and continues to fund its war through extortion and profits from the illegal drug industry. And even though security has vastly improved in much of Colombia, the rebels have recently stepped up their attacks on government troops, oil pipelines, electricity towers and other infrastructure.

Referring to two of the FARC’s top comandantes, Attorney General Eduardo Montealegre said Monday: “I prefer to have Timochenko and Ivan Marquez serving in Congress rather than sowing terror throughout the country.”