Breakaway GOP delegates reach a deal with Romney camp, but there may be “plenty of fireworks still to come" 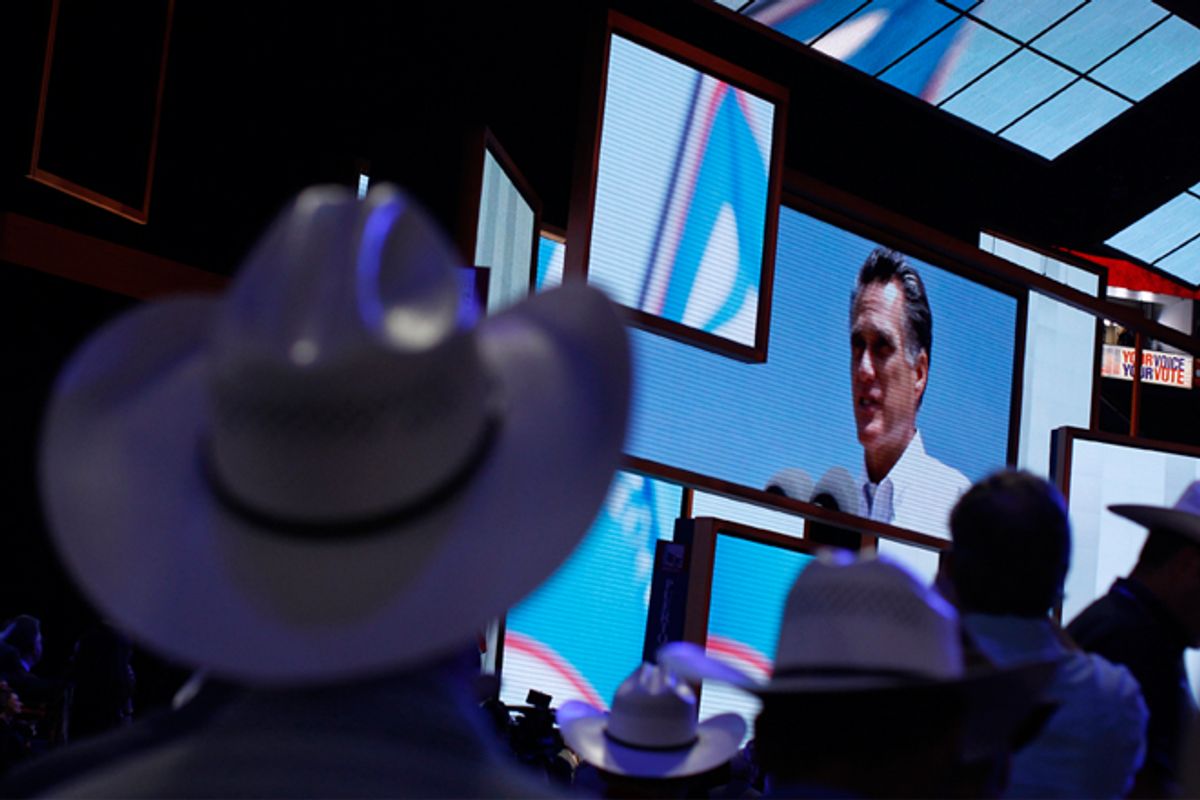 Texas delegates on the floor of the Republican National Convention in Tampa. (Reuters/Shannon Stapleton)
--

TAMPA -- Renegade delegates and Republican leadership reached a compromise last night on a brewing dispute over convention rules that threatened to spill into a rare floor flight at the Republican National Convention. A new rule adopted at the behest of the Romney campaign would have allowed a presidential campaign to disavow delegates sent to the national convention, a move opponents said would concentrate power in the party elites and be used to reward big donors.

The deal will instead force delegates to vote for the candidate to whom they are pledged, but will not allow the candidate to disavow undesirable delegates. “Everyone feels good about the compromise hammered out,” a Romney aide said. Jim Bopp, a major GOP operative and conservative delegate who had been involved in the opposition, agreed, saying, “The Romney for President campaign has heard the concerns of the conservative grass-roots voices in our party and has crafted an amendment to the rules adopted on Friday to address these concerns.”

But not everyone is satisfied just yet. Tom Washington, a delegate from Texas, whose contingent has led the opposition, told Salon that there’s a new issue. The new concern is about Rule 12, a new rule that would allow the Republican National Committee to change the party rules between conventions, which they can’t do at the moment. “Delegations should vote "no" if they can't stomach the Rule 12 power grab,” he said.

“Plenty of fireworks still to come perhaps,” he added.