Isaac a few hours from landfall

The category 1 hurricane is about to slam New Orleans (UPDATED) 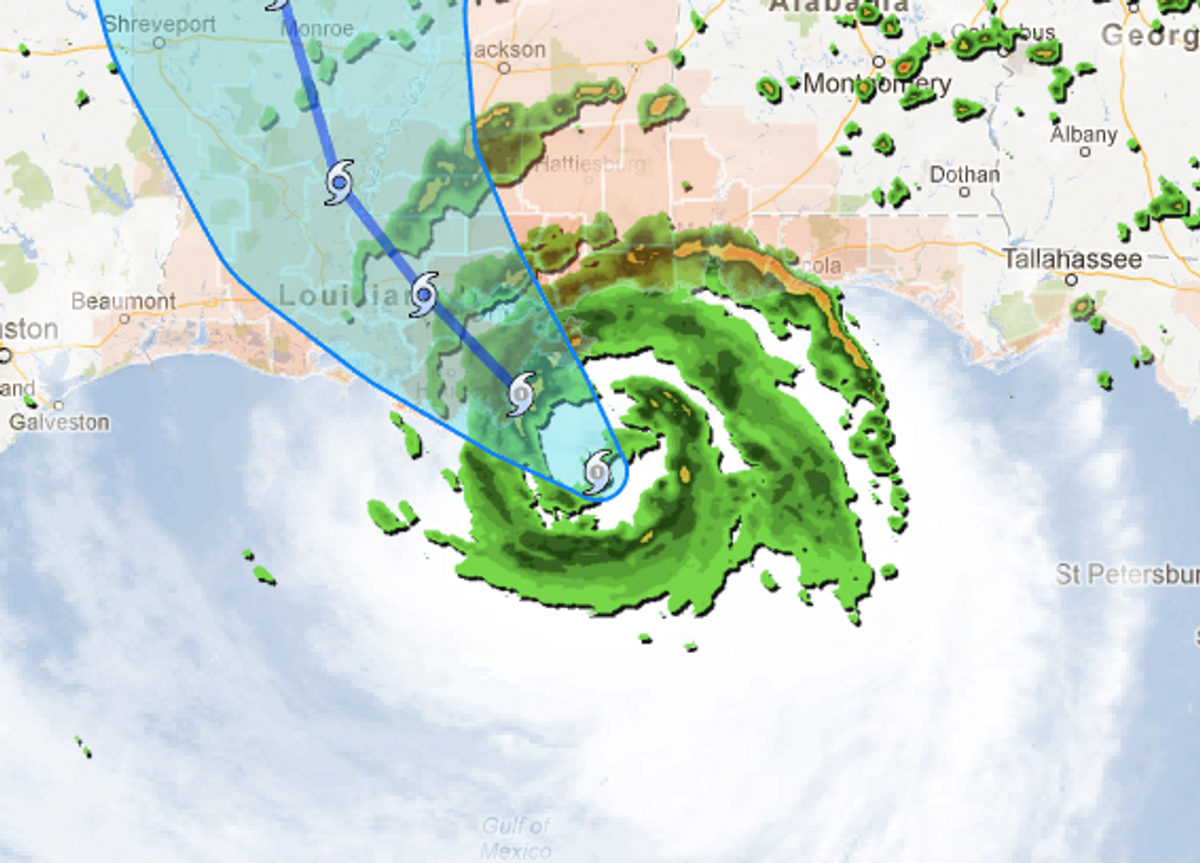 Numerous radar reports suggest Hurricane Isaac is forming an inner eyewall, which could intensify its strength as it hits land. Although the storm has been gaining strength, it may not be catastrophic. Forecasters told the New York Times that "it will almost certainly be a far smaller storm than initially feared."

Already, over 41,000 people are without power in Southeastern Louisiana as they brace for continuing high winds and severe flooding.

At 5 PM ET, the National Hurricane Center reported that Hurricane Isaac's windspeed has increased from 75 mph to 80 mph--though its overall speed has slowed from earlier today, setting back its predicted landfall from 7 PM to later this evening. Though the hurricane is not considered as dangerous as Katrina (a Category 5 according to ), the storm's slow speed of 8mph means that high winds and flooding will last longer. The Hurricane Center predicts the storm surge will create a tide ranging from 6 -12 ft in parts of Mississippi and Louisiana.