Is Romney so unpopular with voters that he has no other choice than to run a negative campaign? 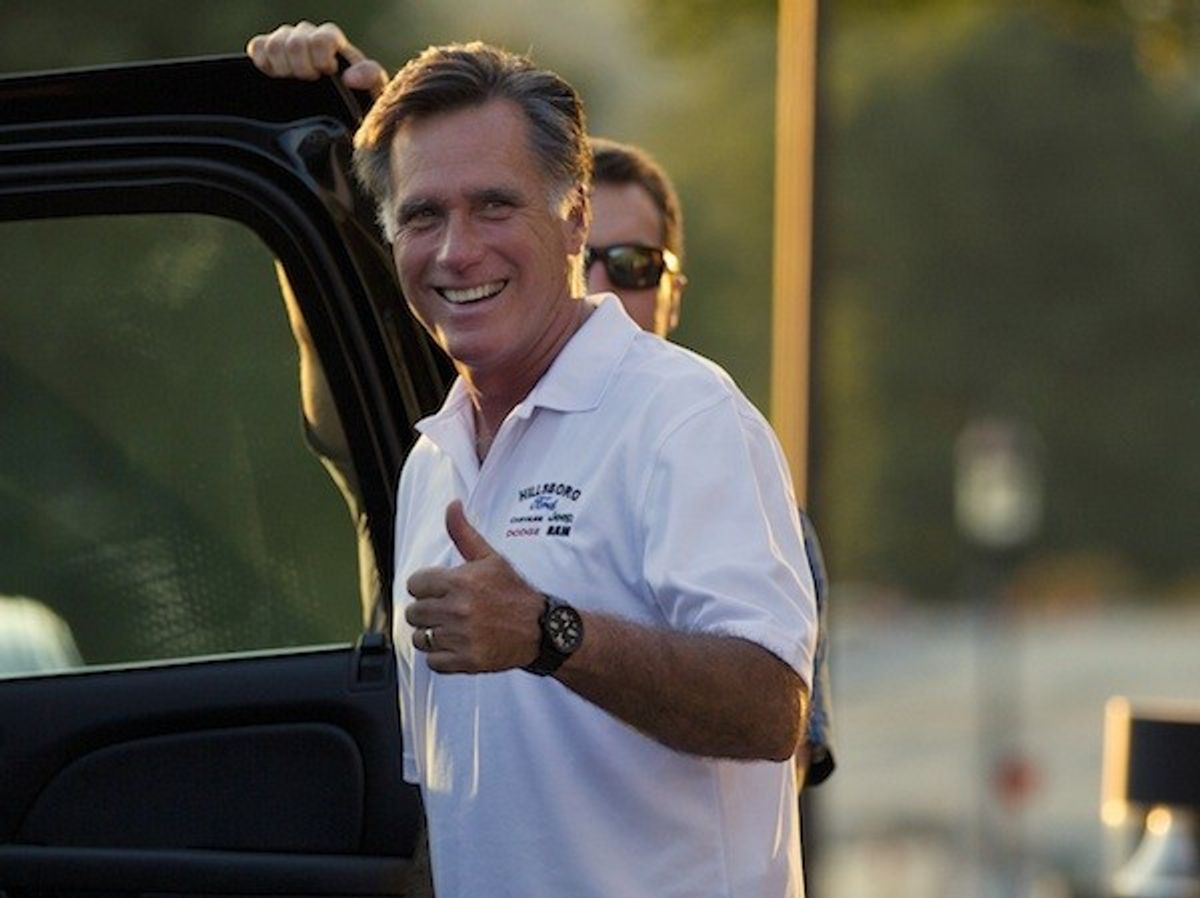 In an interview with USA Today this weekend, Mitt Romney attacked President Obama for running a “sad” and “vituperative” campaign. He accused the president of channeling negativity and trying to tarnish the former Massachusetts governor's image with voters rather than debate the issues. The attacks on Bain Capital, the insinuations about his tax returns—they’re tactics to avoid discussing the weak economy.

This is what you would expect an opposing candidate to say, but that doesn’t make it any less potent as a message. Voters always say they are tired of negative campaigning, and candidates who brand themselves as “positive” can capitalize on that fact—even as they themselves run negative ads (cf. Obama, 2008).

Which is why Romney should be worried by his low standing with voters. In the interview, he dismisses the idea that voters will decide on the basis of his likability:

“I think in the final analysis people will recognize those attacks for what they are, and they’ll make a decision based on who can do a better job creating jobs and providing more take-home pay for the middle class of America,” he says.

Given the large likability gap between Obama and Romney, as well as Obama’s lead on every issue of character measured by the most recent Gallup poll, it’s no surprise that he wants to minimize any discussion of personal popularity. But likeability—or “favorability” in polling terms—provides a boost for candidates who want to win credit for walking the high road. The public tends to believe those candidates it likes, and if Romney were running high on favorability, he could hammer Obama on his negative attacks and open a genuine advantage.

As it stands, Romney is one of the most unpopular presidential nominees in recent memory. His favorability has been underwater for most of the year, and shows signs of getting worse. If Romney wants to run a campaign on the high-road, this makes it much more difficult. Voters simply won’t believe that he’s running a cleaner campaign than his opponent. To wit, in the latest poll from ABC News and the Wall Street Journal, 55 percent say Romney has mainly been attacking his opponent, as opposed to talking ideas. Fifty-three percent say the same of Obama. It’s a small difference, but small differences can matter in a close campaign.

Of course, this is all about how Romney could better present himself to the public. The truth of the matter is that the Republican nominee is running an intensely negative campaign, which has begun to rely heavily on implicit and explicit racial appeals. The welfare ads, which falsely charge Obama with “gutting” the program, have been condemned by a variety of sources for playing on racial stereotypes about welfare recipients. Likewise, Romney was widely criticized this past Friday for making a “birther” comment during a rally in Michigan, telling an enthusiastic crowd: “No one’s ever asked to see my birth certificate. They know that this is the place that I was born and raised.”

He even makes a racial appeal in his USA Today interview:

Romney defends the welfare ads as accurate, accusing Obama of offering state waivers as a political calculation designed to “shore up his base” for the election.

At the most charitable, you can say that Romney is talking about the whole of welfare recipients, who are mostly white. But given what we know about the imagery of welfare—and its association with African Americans—I think that’s the connection Romney was trying to make.

Which is to say that, for all of his complaints about Obama’s negative campaigning, Romney doesn’t intend to disarm. And with Obama’s large advantage on almost every issue other than the economy, Romney’s best bet is to appeal to the resentments of his base. Put another way, of the ten weeks left in this campaign, none of them will be pleasant.