Pop music is getting sadder

A new study says our favorite jams are as melancholy as ever. Can Katy Perry be more wrenching than Radiohead? 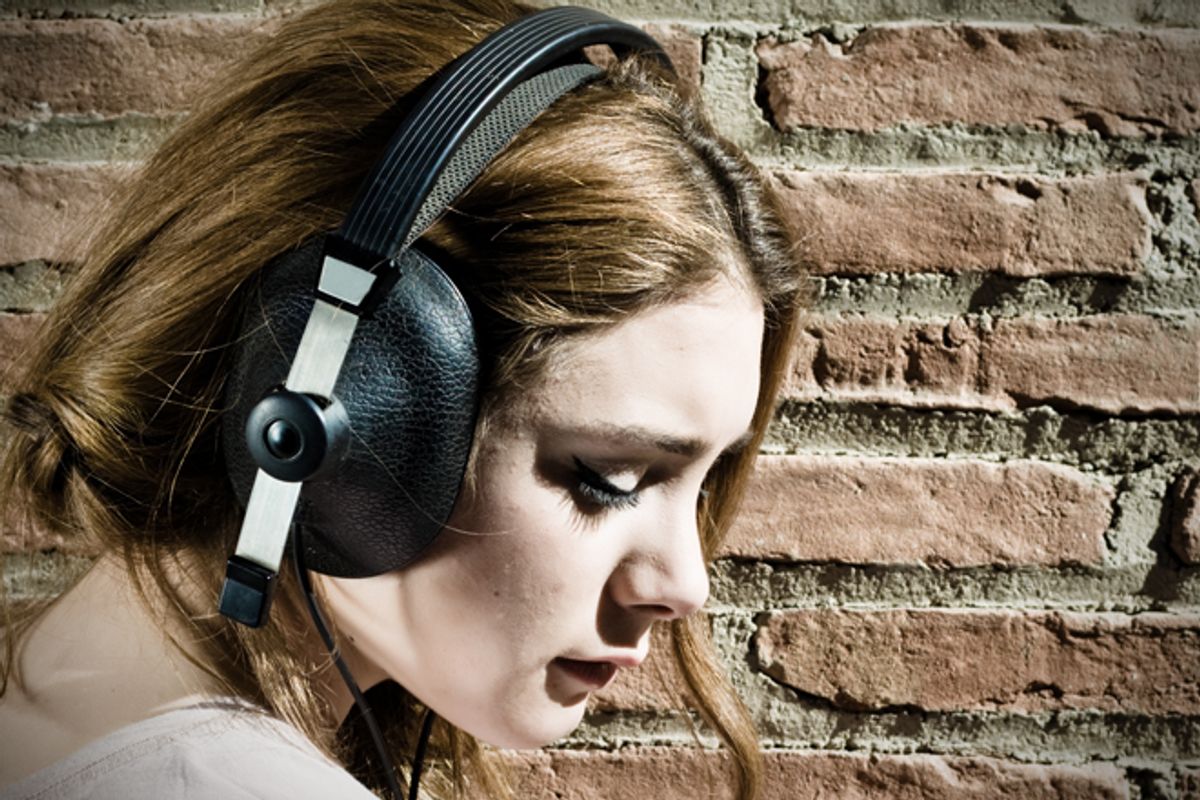 The British Psychological Society has confirmed what readers of the Pitchfork People's List already knew: Pop music is growing “sadder and more emotionally ambiguous” every year. It's not you and it's not the Sufjan superfan in charge of the playlist at your coffee shop. Pop music really is depressing, and it's only getting worse.

Here's how the study worked:

The researchers analysed the tempo (fast or slow) and mode (major or minor) of the most popular 1,010 pop songs identified using year-end lists published by Billboard magazine in the USA from 1965 to 2009. Tempo was determined using the beats per minute of a song, and where this was ambiguous the researchers used the rate at which you'd clap along.

Take a second and imagine yourself clapping along to “Paranoid Android.” If I really concentrate, I can muster an ambivalent half-wince.

The researchers analyzed their data and found that “the proportion of songs recorded in minor-mode has increased, doubling over the last fifty years. The proportion of slow tempo hits has also increased linearly, reaching a peak in the '90s. There's also been a decrease in unambiguously happy-sounding songs and an increase in emotionally ambiguous songs.”

Open your iTunes and see for yourself. Mine fires up one ABBA song (the uncharacteristically mournful “S.O.S”) followed by Amy Winehouse, Andrew Bird, Arcade Fire, Belle & Sebastian. Yep, I love sad-bastard (er, “emotionally ambiguous”) music. I know every mumbled sartorial reference in the National's “Alligator” by heart. After all, I came of age in the '90s, which the researchers helpfully pinpoint as the apex of mope. Somewhere along the way, happiness became a violation of good taste. And in critical circles, taste is hard currency.

The thinking goes that honesty equals authenticity, which equals “good.” And since the world is clearly going to hell (misogyny! face-eating!), only a liar or an idiot would cop to being happy in a song.

In the 2004 essay “Just Send Me Someone to Love,” Brad Zellar claimed all pop songs are either about love or desire, using the Hobbesian definition that they are essentially the same thing, with desire signifying absence and love signifying fulfillment. There's nothing cheerful about not getting what you want. I brought the essay to a college class I taught to help us talk about motivation in short stories. My students, lovely bright-eyed sophomores, were skeptical. By the end of class I had convinced them that Whitney Houston's “I Wanna Dance With Somebody (Who Loves Me)” is the saddest song ever recorded. I don't teach that class anymore. It's too depressing.

A year later I saw Katy Perry frolic onstage with two-dozen fans to Whitney's lonely girl anthem, and it was still sad. Katy Perry's Candyland concerts are even more depressing than Radiohead shows; instead of shuffling through a crowd of neurotic 30-somethings all wearing the same canvas shoes, you're surrounded by 12-year-olds under such immense social and academic pressures they're nostalgic for being 8.

One of the fall's most anticipated album releases is “Babel” from Mumford & Sons, English folk-rockers who write catchy anthems about the Dust Bowl. Complex times call for complex music, sure. I'm not going to turn my mope card in just yet, but I find myself gravitating more to music that's genuinely fun. New Missy Elliott singles drop this weekend, which I'm looking forward to even if Pitchfork readers aren't. And dopey glam rockers the Darkness just released their first record in seven years, “Hot Cakes.” It's pretty damn lively, and I have it on repeat.