The ironies of Ann Romney's appeal to women 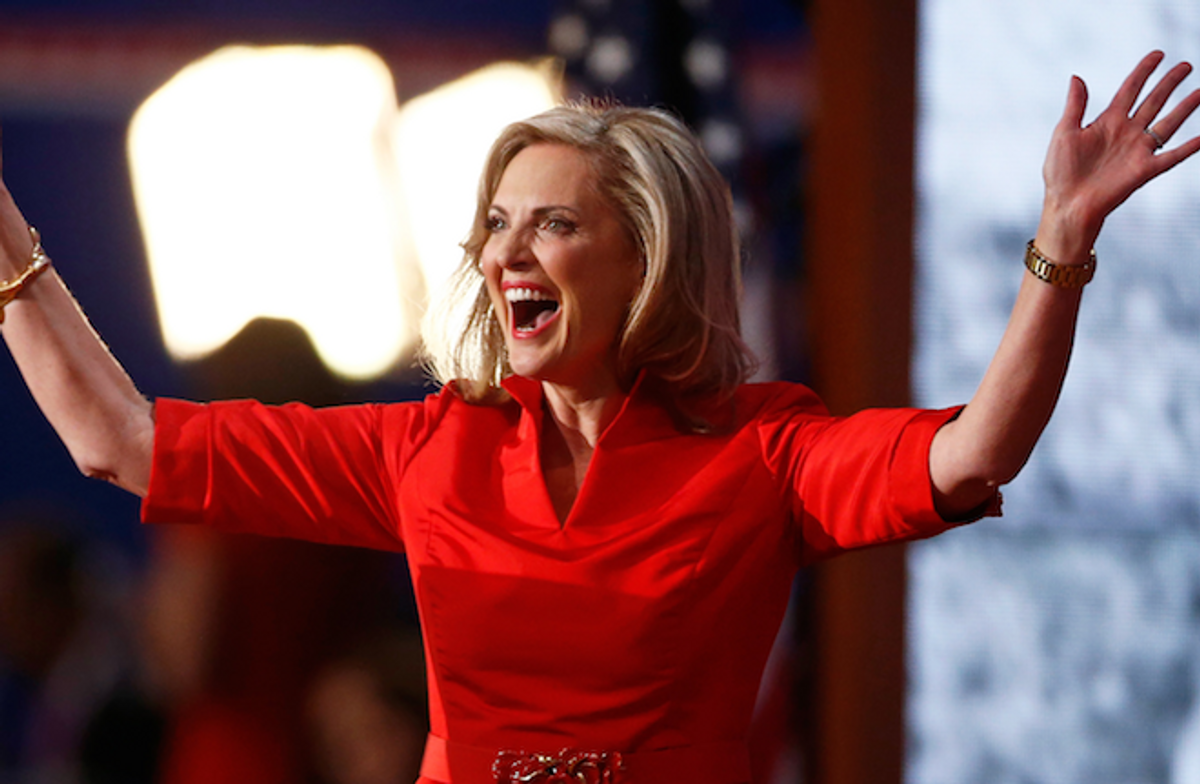 Ann Romney reacts after she addressed delegates during the second day of the Republican National Convention in Tampa, Florida August 28, 2012 (Reuters/Jason Reed)
--

This was supposed to be ladies' night at the RNC, and it was no time for subtext. "I love you, women!"  blurted out Ann Romney, in a departure from her prepared remarks.

These women, she said, were chiefly the "moms who always have to work a little harder, to make everything right." Ann Romney has had to work a little harder to persuade people that her husband is who she says he is, never more so than tonight, but her speech kept inexorably pointing at her husband and his party's indifference to doing anything about that general disparity.

She made it so easy: "If you listen carefully, you'll hear the women sighing a little bit more than the men. It’s how it is, isn’t it?" Yes, it's how it still will be in a Mitt Romney presidency. An election cycle in which her husband has declared birth control coverage to be a threat to religious liberty and wants to almost entirely ban abortion is an inconvenient time for her to talk about "that couple who would like to have another child, but wonder how will they afford it." A convention for a party that opposes any legislation around equal pay for women is an inopportune moment to discuss the "working moms who love their jobs but would like to work just a little less to spend more time with the kids, but that’s just out of the question with this economy."

A campaign that has stubbornly declared that there is no such thing as women's issues, that women care only about jobs and gas prices, is forced to make an appeal relying both on gender essentialism and the explicit admission that women face structural challenges. Or as Ann put it, "I'm not sure if men really understand this, but I don’t think there’s a woman in America who really expects her life to be easy. In our own ways, we all know better!" No one expects it to be easy. Some people work for it to be better.

She was warm and winning, if occasionally sped-up and flustered. She was glowingly beautiful, and if you were so disposed, you could find her nervous laughter and tacked-on Oprah cadence awkwardly charming. But her pitch for her husband once again boiled down to the fact that because she loves him, we should too, and because she has struggled with MS and cancer and once lived in a basement apartment, she and her husband understand America's pain.

This is always the strange job of a first lady, ultimately defined by marrying the man of the hour and stuck going to war with the biography you have. Michelle Obama's speech in 2008  was not particularly groundbreaking, but she could offer a story of genuine mobility and a happy ending that did not simply boil down to marrying a prince.

But the gig is stranger still when you have the most traditional of would-be first ladies in a year of struggles over women's roles, preceded by every woman of color the RNC could rustle up. Strangest of all, in fact, when you're the only person in the entire room making a genuine and enthusiastic case for the presidential nominee.