And loses her floss-thin claim to fame 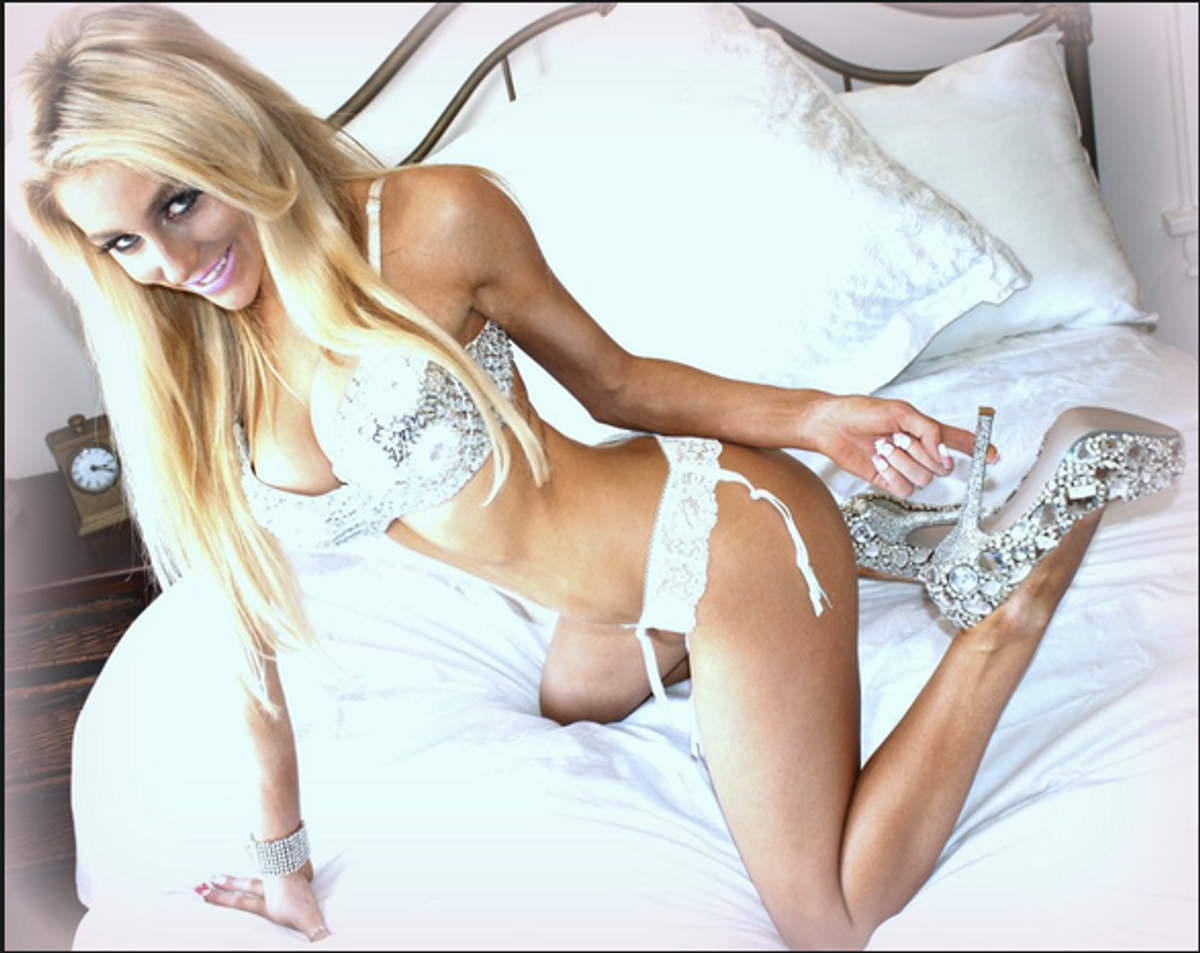 Two years ago, 16 year-old singer and model Courtney Stodden became famous for marrying 51-year-old actor Doug Hutchinson, better known as Horace from season 5 of "Lost."  Though unsettling, the marriage was legal; Stodden's parents signed off on it, telling RadarOnline, “Every father can only pray to have such a man behind their daughter."

Since then, Stodden (whose mother describes her as "not plastic," a virgin before marriage, and "a good Christian girl,") has used the spotlight as America's child bride to promote herself as a country singer, reality TV star, and model.

Now that Coutney Stodden is 18, she has lost her perverse claim to fame. She's just another reality TV star now, like Snooki and Kim K, albeit with far fewer Twitter followers. It's OK, though, because Courtney and Doug have what those others don't: true love, and a dog named Dourtney.