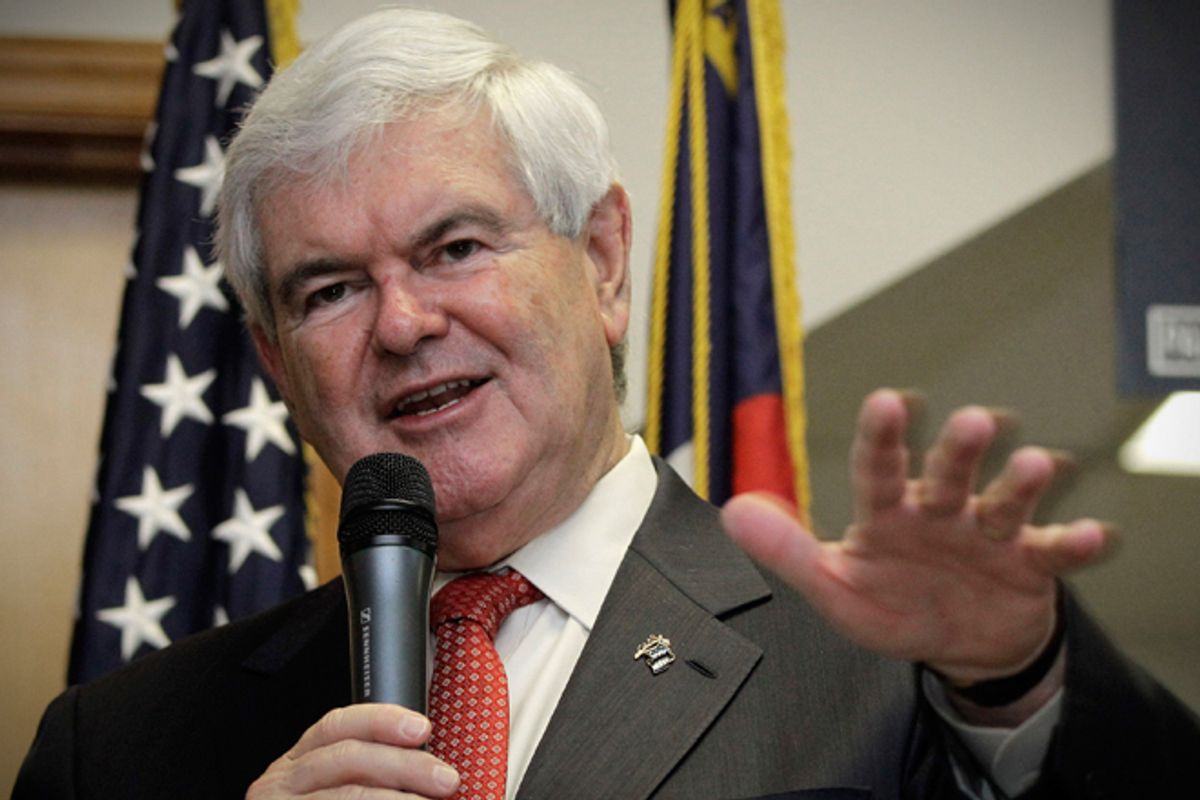 Here's what I learned when Mike Allen interviewed Newt Gingrich at the Politico Hub: Newt Gingrich loves zoos because he loves animals, and many zoos are private-public partnerships.

Also: Newt Gingrich's wife, Callista, has a new children's book coming out, and it was more challenging to write than her earlier children's book. Newt's next book is about George Washington. (It is a novel.)

Newt Gingrich enjoyed Paul Ryan's speech, but he wishes Paul Ryan had said "Mr. President, she did built that" after he introduced his mom.

Mike Allen makes around a quarter of a million dollars a year.