Dan Deacon's app is irritating in a good way

Let's give the composer's latest gimmick a chance 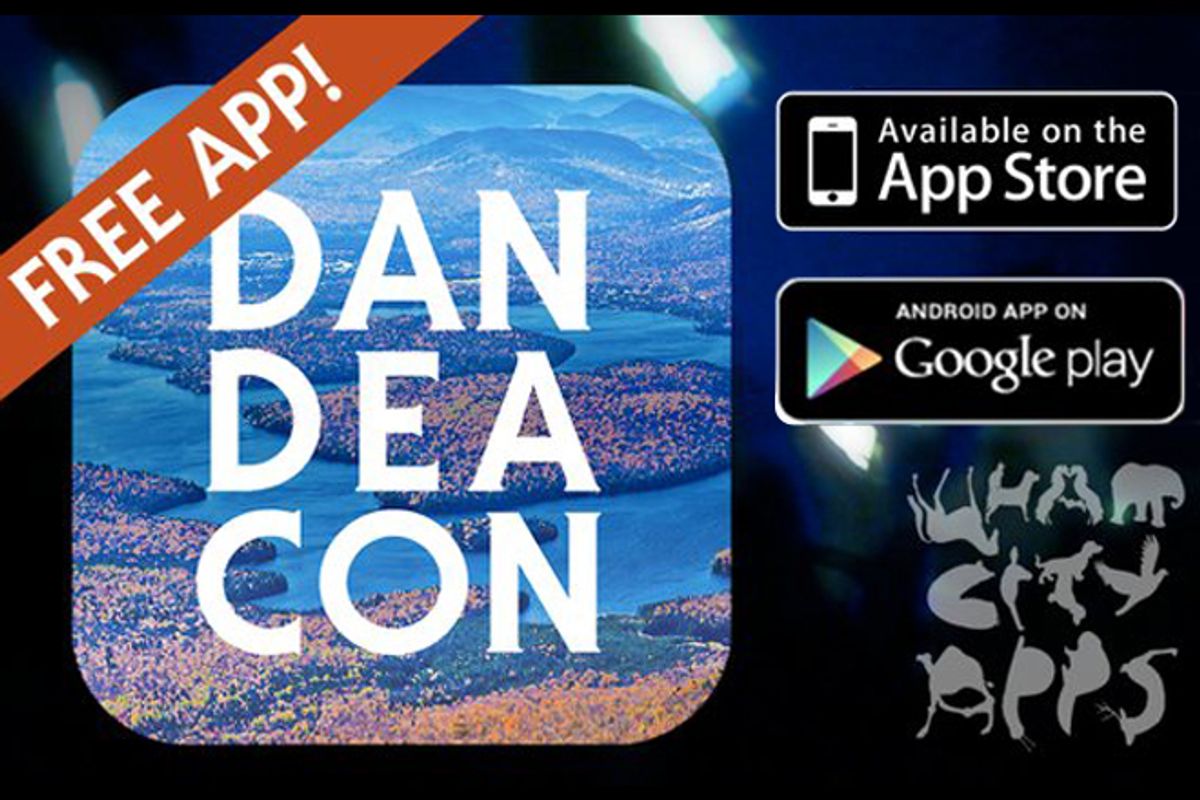 Audience interaction is kind of Dan Deacon's thing. He likes to be down in the crowd instead of up onstage. He choreographs his audience through synchronized dances with unflagging enthusiasm. Now he's harnessing the irritating power of glowing displays with an app that syncs his music with your phone, turning it into “a coordinated light and sound spectacle.” (See the video.) It re-creates glow sticks’ bokeh swirl, without all the disposable plastic.

At first glance, it looks like just another gimmick to connect with phone-addicted fans. But Deacon's always been a thoughtful, innovative performer who takes risks and asks his fans to come along. This is the guy who orchestrated a dance-off at the Whitney, and he continues to work in museum gigs between festival dates, making it harder to distinguish between dance music and high art. In his “Take a Breath” composition, he orchestrates the audience through what the Village Voice called “a do-it-yourself clusterfuck of sound,” turning the chaotic background noise of crowds into a symphony of sorts. He's committed to involving the crowd in his performance on an intimate level, to disrupting the barrier between product and consumer.

Smartphones provide a million ways to actively engage at all times. We can demand restitution from beleaguered airline customer service agents on Twitter when flights are late, oversold or slightly unpleasant. Even at concerts, we can tweet song requests or pick the camera angle for a live stream. Our ordinary voices couldn't be more heard. All of that engagement can still feel isolating, though, which is one reason why we still turn off HBO and go see live shows. It's about an exchange of energy, about commitment and ritual. Deacon consistently demonstrates that he understands and is willing to explore that principle, even when his experiments don't necessarily click for everyone involved.

The app's release this week coincides with his new album, “America,” and a new tour, so shaky uploads of Dan Deacon shows will soon be even livelier. About the album, Deacon writes: “The inspiration for the music was my love of cross-country travel, seeing the landscapes of the United States, going from east to west and back again over the course of seasons.” The glow of the phone screens mimics headlights, streetlights, the glow of big-box stores clustered along interstate exits. Let fans and their phones light the way.