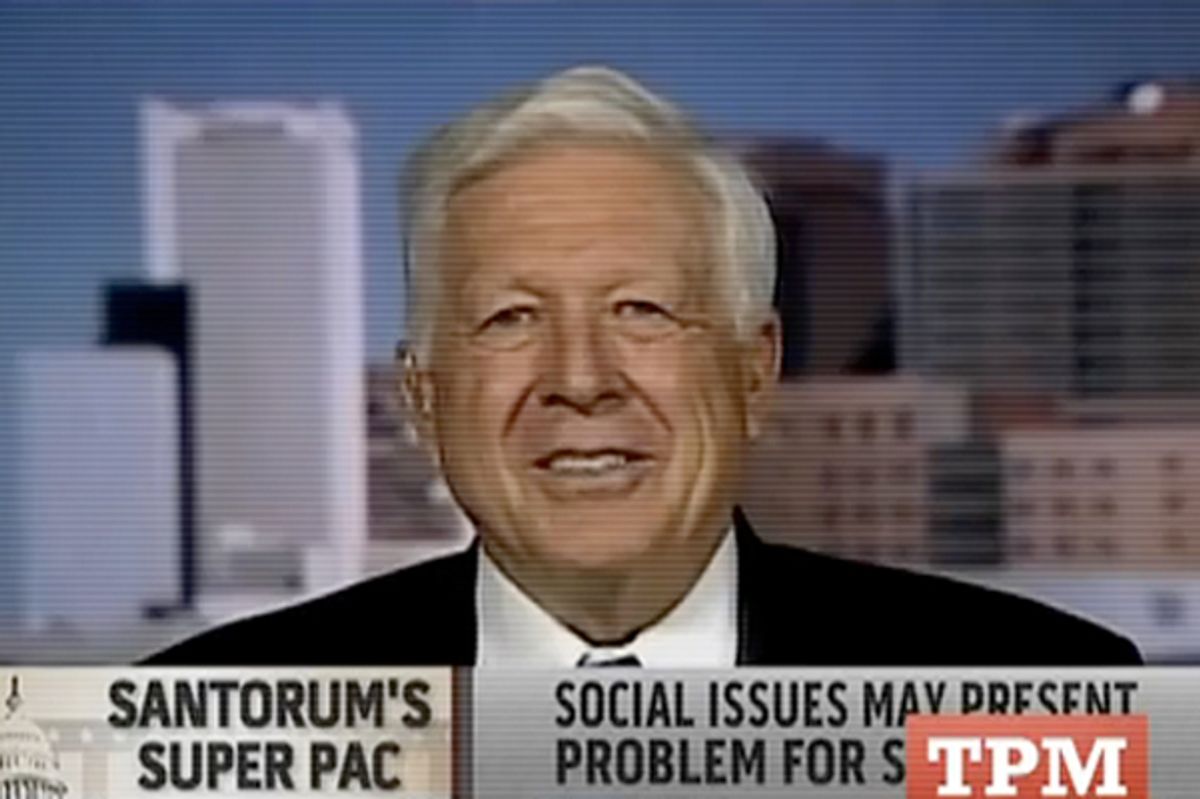 TAMPA -- Foster Friess, the billionaire GOP donor who bankrolled Rick Santorum’s presidential bid, looms over us in the air-conditioned hallway between the two main buildings here at the Republican National Convention as he explains why Obama is bad for America. “It’s so sad to see how few people in the Obama administration have any private sector experience. President Obama’s over in Indonesia when guys like me were at a paper route,” the Wyoming billionaire said when asked what he hopes to see in Mitt Romney’s speech tonight. “President Obama, I don’t know what experience he had at that same age when he was in Indonesia. So I think it’s hard for him to grasp that America entrepreneurial spirit."

As for Romney’s speech, Friess is just happy to be here. “I don’t care. No ... He couldn’t say anything that would make any difference,” he says with a shrug and a laugh. “If people don’t know by now that he’s honest, hardworking, successful, loves America, loves his family, loves God, what more do they need to know?” Affable and quick to laugh heartily at his own jokes, he nonetheless insists, “I’m pretty nasty when you get right down to it.”

Asked if he’s excited to see surprise guest Clint Eastwood, Friess responded jovially, “I’m excited to see everyone. I’m excited to see you guys! God has big plans for you,” he says placing his hands on me and another reporter. “I can see it. You both have success written all over you.”