"House Hunter," locked up in Nicaragua

American Jason Puracal, who appeared on the HGTV show, is facing a 22-year sentence for drug trafficking 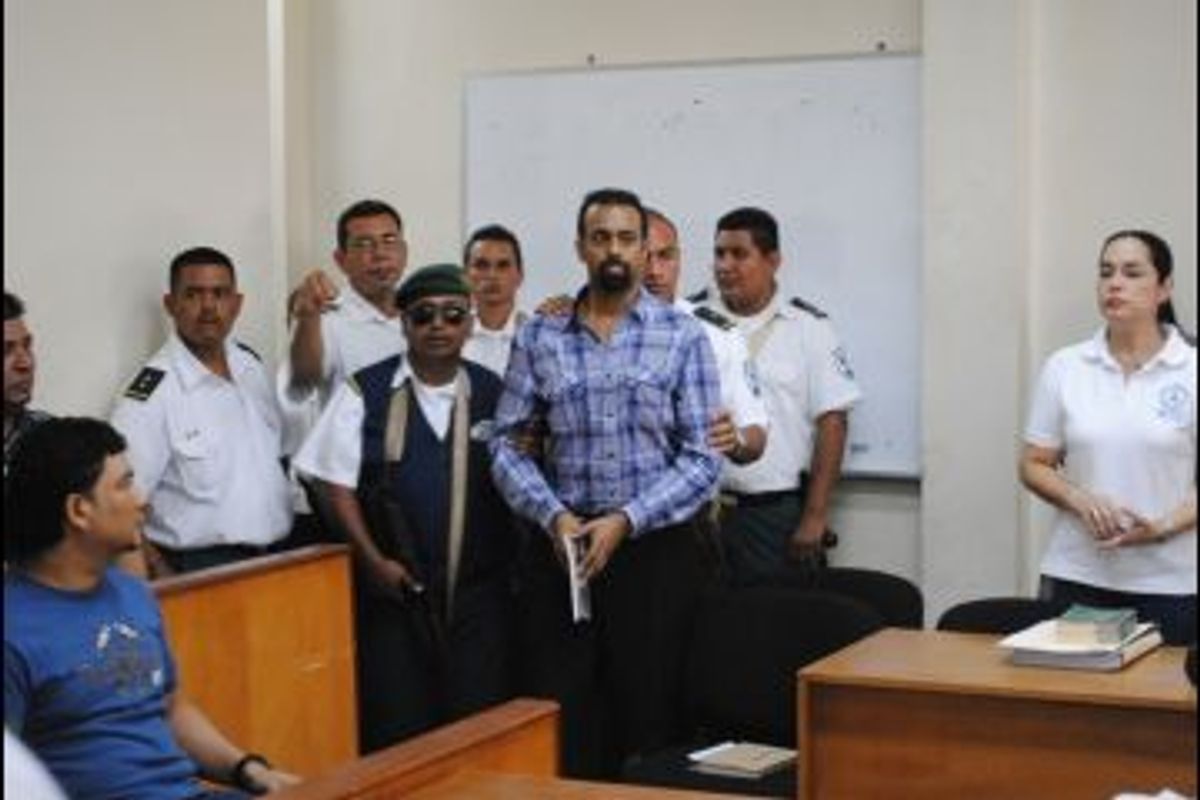 GRANADA, Nicaragua — A US family that has spent the past 23 months on an odyssey through the treacherous terrain of Nicaragua’s legal system hopes the adventure will end soon, with Jason Puracal’s safe return home to Tacoma, Washington.

Puracal, 35, a former US Peace Corps volunteer and beachfront realtor in Nicaragua, could be acquitted by an appeals court by the end of this week. That would conclude nearly two years in jail on what his family, friends and international supporters claim are false charges of drug trafficking, money laundering and organized crime.

But if appellate judges uphold the original ruling, the cocktail of crime convictions will keep the American behind bars in Nicaragua for 22 years.

Puracal, who has a Nicaraguan wife and a 5-year-old son, was arrested inside his home in the beach town of San Juan del Sur in November 2010. On Aug. 29, 2011, he was sentenced along with 10 Nicaraguan co-defendants all accused of conspiring to traffic drugs and launder money.

He maintains his innocence — a claim he repeated, in Spanish, to judges last week at the closing of his hearing in an appellate court in the colonial city of Granada.

After the retrial, Puracal’s defense team said they are guardedly optimistic the appeals court will overturn the conviction.

It’s not only Puracal’s family and lawyers who think the first trial was bogus. US lawmakers, legal experts and rights groups have called for Puracal’s immediate release based on lack of evidence and brazen disregard of law.

Puracal was arrested without a warrant, held for more than six months without charges, put on trial without the right to present evidence in his defense, and sentenced without notification — all illegal under Nicaraguan law, according to a review of the case by the UN Working Group on Arbitrary Detention.

In the end, however, it was the dogged persistence of his younger sisters — Janis and Jaime — that finally moved the chains on the case. On Aug. 7, during their  fourth visit to Nicaragua to pressure authorities to schedule an overdue appeal hearing, the courts finally responded. Within 24 hours of the Puracal sisters’ arrival in Nicaragua to talk to the press and government officials, appellate judges set a hearing date for the following week.

As of late Wednesday, the judges were still deliberating and the Puracal family had gone from exasperated to hopeful for a verdict in their favor.

Janis Puracal, Jason's 33-year-old sister who is also part of his legal team, described the latest chapter as a “whirlwind.”

“This past week has been exhausting for all of us,” she told GlobalPost on Monday, after returning home to Tacoma. “Waiting and counting down to a decision is unnerving. The appellate court took a great step by having the appeal hearing last week, but we have yet to receive a decision so the fight is not over.”

She added determinedly, “We told Jason from the very beginning that we wouldn't rest until he comes home, and we won't.”

How can you prove you’re not a drug trafficker?

Puracal's charges are prickly. In a full-throttle war on drugs, just being accused of international drug trafficking and money laundering can seem the same as being condemned from the beginning.

For the Puracals, that’s exactly how it has felt.

Bill Piper, director of national affairs for the US-based Drug Policy Alliance, said in such cases the suspect should not expect much help from the US Embassy because of the politics of the drug war.

“The US doesn’t want to intervene in the Nicaragua drug case in part because they want Nicaragua to be as harsh as possible, but also because the US routinely punishes innocent Americans in the name of fighting drugs,” Piper said. “If the US called on Nicaragua to follow due process and be fair, it would be a case of ‘do what we say, not what we do.’”

Embassy officials, however, insist they have been urging Nicaragua to comply with due process.

“We have been requesting that the judicial process move forward according to Nicaraguan law. Since I have been here [in April], I have spoken of this case to all levels of the government,” US Ambassador Phyllis Powers told The Nicaragua Dispatch, following the start of the appeal hearing. “The case is getting started again and hopefully we’ll have a positive outcome.”

Puracal’s defense lawyer Fabbrith Gomez had to grasp at straws to prove his client’s innocence, even though he claimed state prosecutors couldn’t prove guilt beyond a reasonable doubt.

In one curious attempt to show the court what Puracal did for a living, Gomez tried to present the court with a 2007 episode of "House Hunters International" featuring his client showing seaside homes to Americans looking to relocate to Nicaragua. Gomez argued that his client’s involvement in the popular HGTV program was an important part of establishing Puracal’s “honorability and credibility” as a realtor. (Apparently Gomez was not aware that the TV show’s own credibility has been questioned in recent months.)

The House Hunters evidence was dismissed as impertinent.

The defense managed to submit a letter from the US Drug Enforcement Administration, which said the agency “did not supply any information regarding Jason Puracal to Nicaragua authorities.”

The defense argues that if Puracal were an international drug trafficker, the DEA — a close partner of Nicaraguan authorities in the drug war — would have known about it. Puracal’s lawyer said getting the DEA letter included in the appeals hearing is promising.

In the end, however, the defense lawyer said his client should be acquitted if the appellate court respects the presumption of innocence, “because the prosecution doesn’t have any evidence against Jason.”