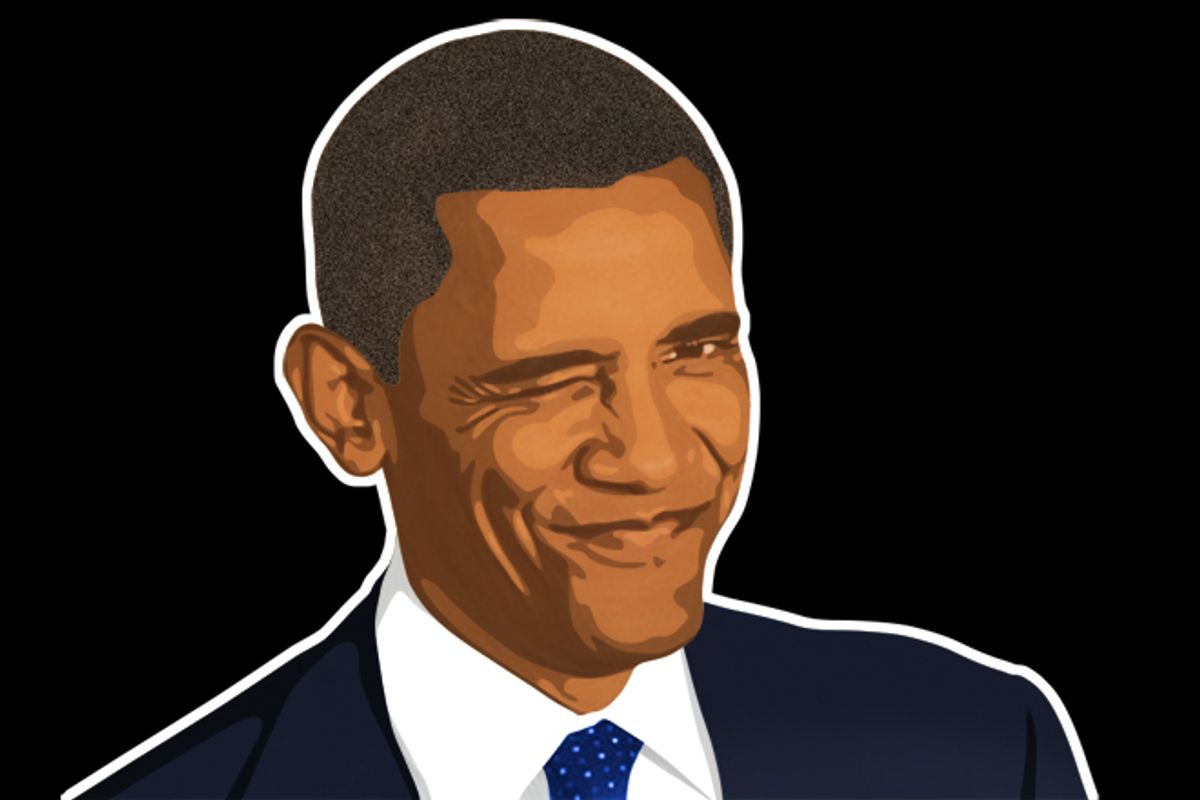 Late Wednesday night, following Paul Ryan’s nationally televised acceptance speech to the assembled delegates at the Republican National Convention in Tampa, nervous Obama-Biden campaign speechwriters called an emergency meeting. They realized their early drafts of President Obama’s renomination acceptance speech were wholly unsatisfactory. The new standard set by Ryan, the GOP’s vice-presidential nominee and media darling, now made it acceptable to criticize an opponent for policies or positions even if the speech-giver had taken similar if not identical positions or cast votes in favor of those policies — so long, of course, that the speech never mentions these agreements.

Calling it the national convention Costanza effect -- that is, “it’s not a lie, if you believe it,” as the notoriously deceitful "Seinfeld" character played by Jason Alexander quipped — the Obama-Biden speechwriting team decided to spike its original speech draft and replace it with a new version, which Salon has obtained from a campaign insider. What follows are key excerpts criticizing Romney-Ryan and the Republicans from the draft of the new speech President Obama is expected to give next week in Charlotte:

The other party seems confused about what the government can or should do to promote the health of its citizens. As governor of Massachusetts, my opponent pioneered the use of individual mandates that force uninsured people to buy insurance or pay a tax penalty. How dare a man who governed the state where some of the most important events of America’s revolution transpired — including the Boston Tea Party — deny any American the freedom and power to determine whether and how much healthcare insurance he or she needs?

Like Robin to this Dark Knight, the Republicans’ new vice-presidential candidate also harbors some very curious views about the proper role of government and what it should and should not do. In Congress, he voted for the Troubled Assets Relief Program — yes, the TARP bailout — a $700 billion package of loans and assistance paid for by taxpayer dollars. He also gleefully requested that more of your hard-earned income be spent to save an ailing auto factory in his state. Our opponents apparently believe government doesn’t build businesses, but must save businesses from collapsing once built.

And when the time came to pay the nation’s bills, what did their party’s vice-presidential nominee do? He paid lip service to the goals of the Simpson-Bowles debt reduction commission that he served on, only to vote against the commission’s recommendation. As the Bush tax cuts were due to expire, he and his Republican colleagues shirked their fiscal responsibilities by voting to extend for two years the income tax cuts for the wealthiest Americans, costing the treasury billions in revenues that could have reduced our deficits and mounting national debt. They did it again by voting to extend the payroll tax holiday. Only a fiscal lunatic believes the path to debt reduction begins with revenue deduction ....

Although Osama bin Laden is now dead, the world remains a dangerous place. An unstable Iraq provides a perfect staging site for radical Islamic terrorists determined to destroy Israel and other American allies in the region, and yet Republicans last week in Tampa raised hardly a peep of criticism about removing our troops. Meanwhile, if our opponents and their allies in Congress do nothing by the end of the year, defense cuts they supported totaling more than half-a-trillion dollars during the next decade will kick in at a time when our troops and military bases face growing and grave dangers in almost every corner of the globe.

Protecting America and Americans is a president’s first priority, but protecting our values is equally important. Unfortunately, my opponent and his fellow partisans seem to have forgotten this, supporting as they do the killing of enemy combatants in faraway places with the push of a drone missile button from Washington. This is bad policy — and killing American citizens on foreign soil using drones is still worse, and possibly illegal if not unconstitutional.

As painful as it is for me or any president to receive news that one of our brave servicemen or women has been killed fighting abroad, violence here at home is no less tragic. From former congresswoman Gabby Gifford’s Arizona district to Aurora, Colo., to Fort Hood in Texas, gun violence on American soil has taken the lives of too many innocents. But our opponents and their friends in the gun lobby supported legislation that — get this — allows people to bring weapons onto Amtrak trains and even into our national parks. When the National Rifle Association protested an attempt to ban assault weapons, they forced my attorney general to back down ...

Finally, I’d be remiss if I didn’t talk about the values that bind us as a nation and set us apart from those parts of the world where freedom and individual rights are few — if they exist at all. The other party has nominated a man who once said of reproductive choice for women, “My mother and my family have been committed to the belief that we can believe as we want, but we will not force our beliefs on others on that matter.” If elected, a Romney-Ryan administration says it would “not oppose the right of women to get abortions in instances of rape.” Cultural permissiveness like this will shatter America’s social and moral core.