With nods to "Blade Runner," Ridley Scott's son Lucas creates his own dystopian future in 3-D 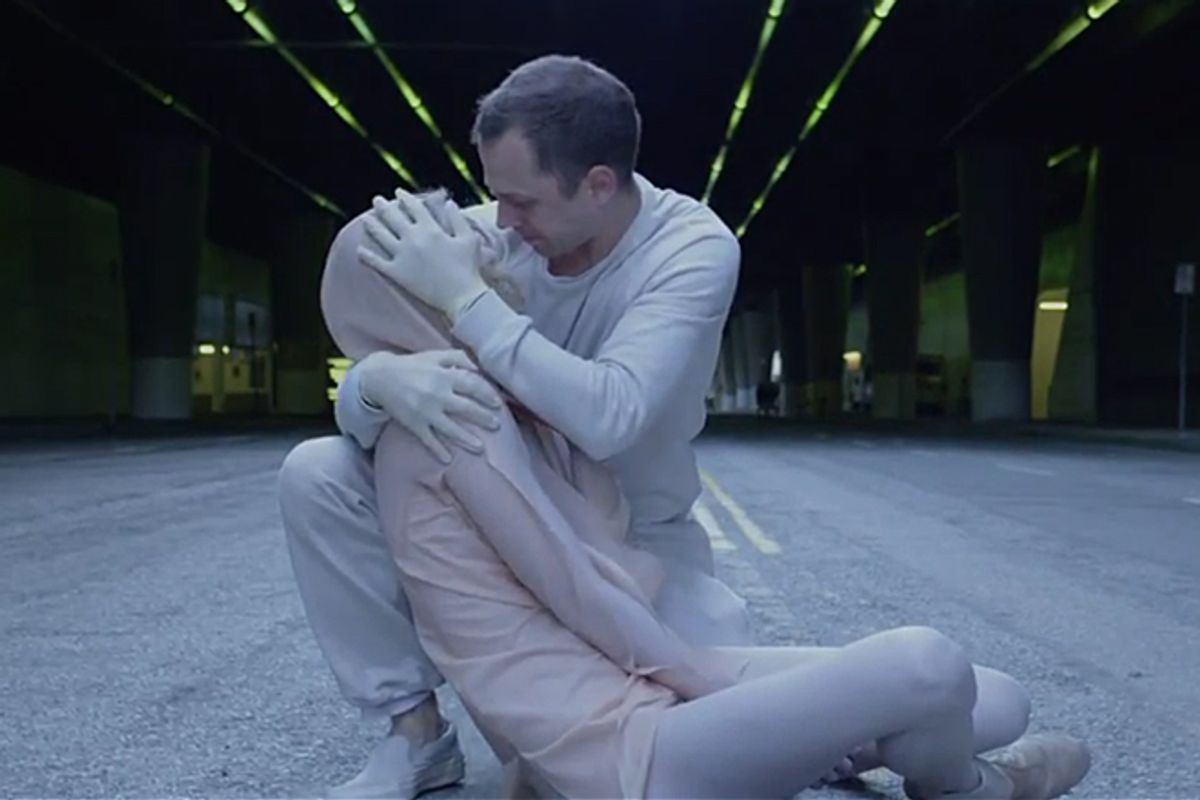 Written and directed by Luke Scott (Ridley's son), the sci-fi short film “Loom” is gathering attention and praise on both film and sci-fi sites as an example of the clear beauty of RED Epic 3D and the company's new laser projector. Cinematographer Dariusz Wolski does gorgeous work with the camera, bolstered by an atmospheric score, but it's Scott's script and direction, along with Giovanni Ribisi's quiet performance, that demonstrate the 20-minute film has potential to be more.

Ribisi plays Tommy, a dogged lab tech of industrial food who, though once known in the business as “The Apostate,” seems to have rededicated himself to producing scientifically engineered meat. With deliberate nods to his father's “Blade Runner,” the film portrays a dystopian future rife with genetic engineering, corporate corruption of government and rampant infection, but it's really about Tommy's loneliness and the at-home experiment he conducts, perhaps over and over, in attempts to get it right. We don't know how or when his loyalties shifted, but “the human genome is not proprietary” is part of an answer. Tommy's caught in a circular enterprise, trying to capture something he's lost.

While the film is beautiful (even poetic), there are enough unanswered questions within the expertly crafted, suspenseful script to leave room for expansion. Viewer comments on various sites that have posted the film seem to agree that the visuals are sound but the story lingers in suspense mode too long for a brief self-contained piece, while also leaving too many unanswered questions.

The film ends on a heavy-handed note, with a lengthy voice-over quote from Darwin that would be better utilized as dramaturgical material than on-screen coda that somewhat inelegantly hammers home some of the film's themes. Not every short film needs to be grown into a two-hour feature, just as few successful short stories need the larger canvas of a novel. But good novels can start out as a short project, only to find themselves outgrowing their tight format.

Recent precedent for short-shorts turned into features trend more to violent camp (not to mention delightfully cheap) fare, like Robert Rodriguez's “Machete” and Jason Eisener's “Hobo With a Shotgun,” a gory and funny Canadian exploitation film starring Rutger Hauer as the titular character. Both started as fictitious trailer projects with Quentin Tarantino and Robert Rodriguez's “Grindhouse” (“Hobo” is also unexpectedly gorgeous, thanks to Karim Hussain's photography).

Visually arresting sci-fi films demand higher budgets and expectations, but is there a reason why the short film format, screened primarily online, couldn't be used as a test for larger projects before they go into big-budget production? Not as viral marketing campaigns, but legitimate workshops that offer a wide range of critical response. The online response to “Loom” could indicate that there's room for growth, since viewers of the short version have said, though not always in so many words, that they want to see more.