A knack for screwing up the easy stuff 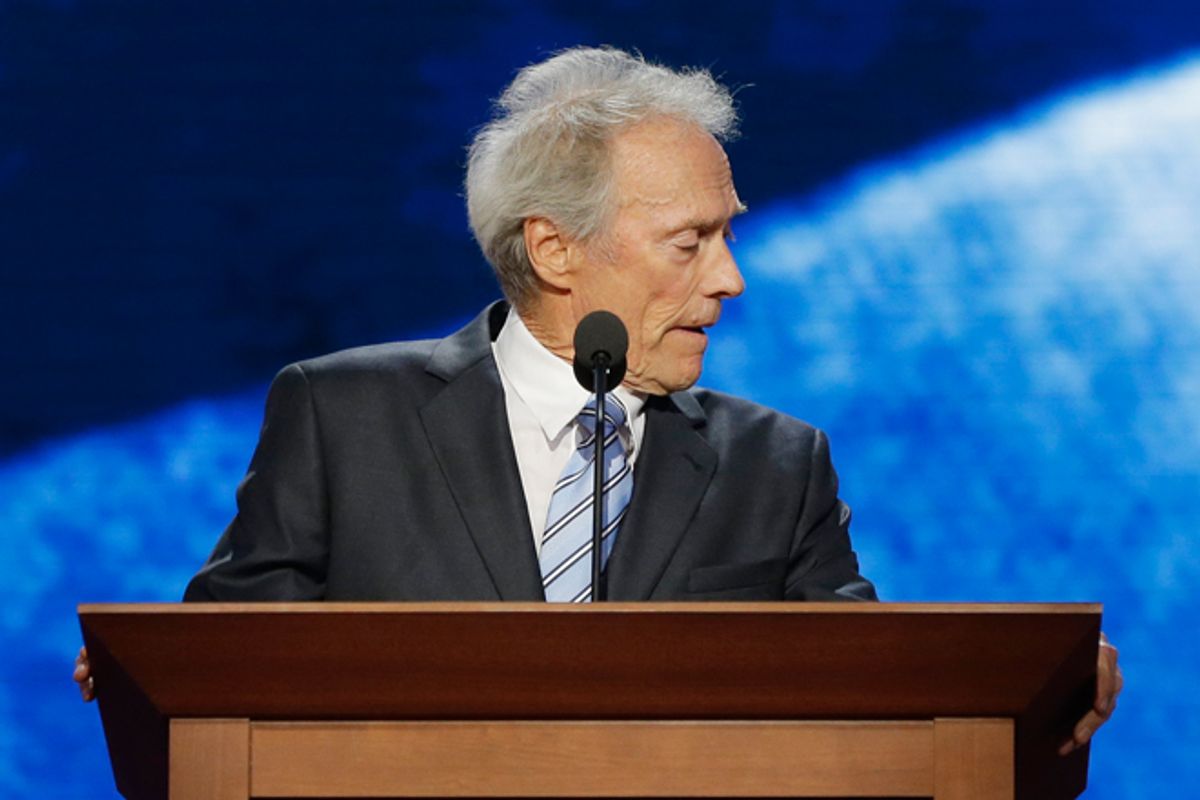 Before going any further with this post, it would probably be a good idea to point out that Mitt Romney currently trails President Obama by less than 1 point in the Real Clear Politics polling average and that – even after the whole chair thing – he’s likely to get some kind of post-convention bump in the next few days. In other words, Romney will probably be ahead when the Democratic convention opens next Tuesday. And even though Obama will probably then get a bump of his own, Romney figures to be tied or within striking distance as the general election phase formally begins.

All of this is a long way of saying: We may end up looking back at this election and realizing there was nothing Romney and his team could have done to lose it.

That said, wow – they sure do have a knack for making a mess of things that should be impossible to screw up.

Clint Eastwood’s prime-time colloquy with an empty chair is a perfect example. Apparently, the Romney team enlisted the octogenarian actor/director in the hopes that he would deliver the same remarks he offered at a private Romney fundraising event last month.

In theory, Eastwood wouldn’t make a bad prime-time convention speaker, but there’s no evidence that the Romney team did anything other than take an 82-year-old man with no experience delivering nationally televised political speeches at his word that he’d be able to handle a few minutes of prime time by himself, no help needed with any preparations. Nor is there any sign that anyone in the campaign asked him why he needed a chair.

Given how precious the 10 p.m.-11 p.m. hour is for modern convention planners, the decision to let Eastwood wing it amounts to strategic malpractice, and Romney’s campaign is paying for it today, with news coverage that’s focused as much on Eastwood and his chair as it is on the GOP nominee’s big speech.

This comes a month after another inexplicable screw-up: the Romney world tour. Again, this should have been easy. Romney was going to visit three friendly countries, meet their leaders and some other dignitaries, smile for the cameras and say a few safe, generic things. At best, it would help some swing voters see him as a plausible president. At worst – well, there was no downside, or so it seemed.

But then Romney sparked an uproar in Britain by labeling the country’s Olympic preparations “disconcerting,” and before you knew it he had become the favorite punching bag of the British press and political class. The Israel leg of the trip didn’t go much better, with Romney making confusing statements about his openness to an Israeli strike against Iran and seeming to call the Palestinians a culturally inferior people.

There was also, earlier this year, the empty stadium incident. At the time, Romney was fighting for his political life in Michigan, trying to stave off a surprisingly strong challenge from Rick Santorum. Days before the Feb. 28 primary, he was scheduled to deliver what his campaign billed as a major economic policy speech in front of the Detroit Economic Club. The event was large by that group’s standards – 1,200 people – so it was moved to Detroit’s football stadium. Secret service concerns then apparently compelled the Romney campaign to use the actual football field for the speech, instead of a smaller atrium in the facility. The result: It looked like the candidate was speaking to a tiny crowd and about 65,000 empty seats. Pictures of the event became a viral sensation, and coverage of the optics overshadowed Romney’s message.