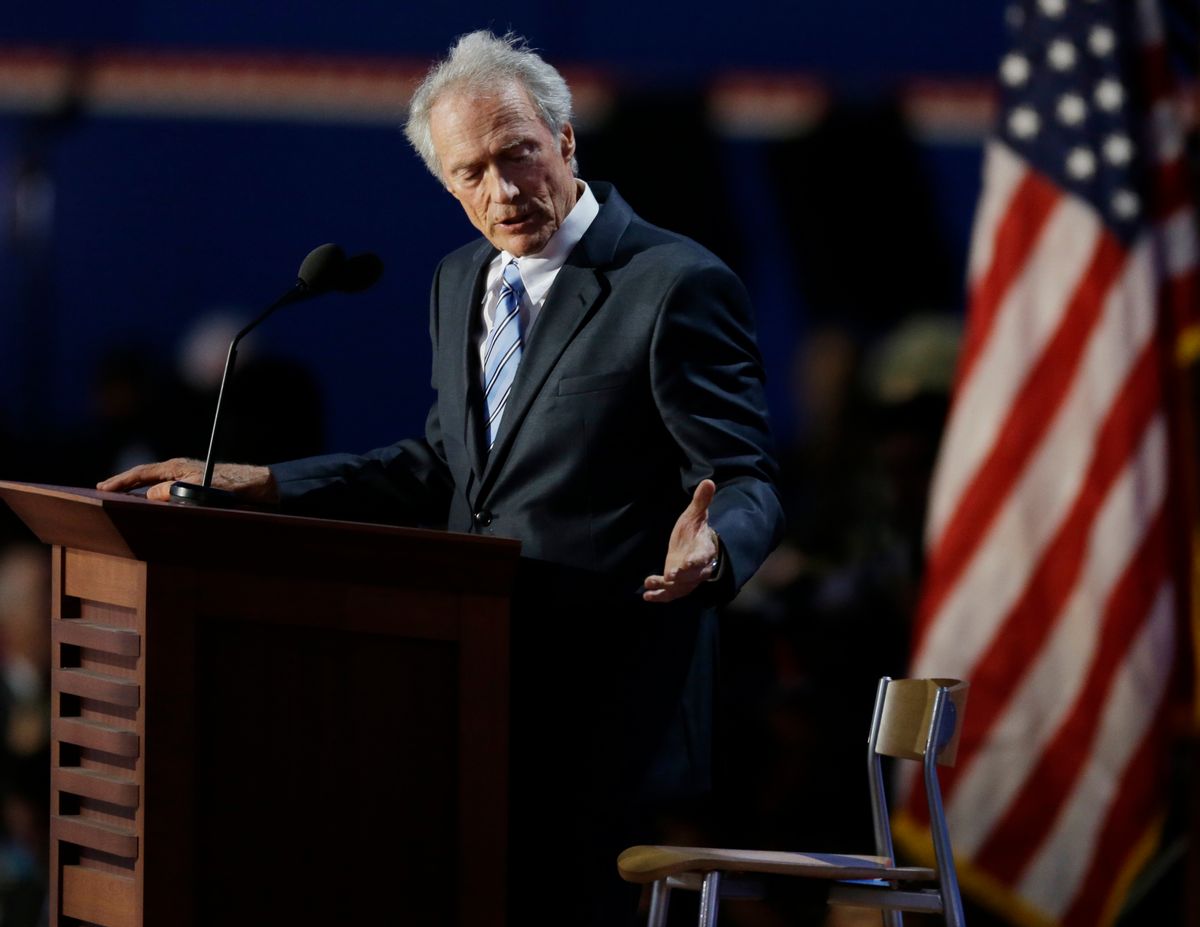 Is this really happening, and did the president just answer meme for meme? Questions I asked myself last night while feeling bad about making fun of Clint Eastwood arguing with a chair, because Clint Eastwood reminds me of my grandfather, another crusty old Republican who loved westerns and believed he was surrounded by idiots 99 percent of the time. Would you let your grandpa get on TV and yell at a chair? And yet, perhaps this bizarre, ill-rehearsed moment was a stroke of staging genius. Did Eastwood actually see someone in that chair? Some shadow companion, perhaps, who appears as a result of trauma and slowly becomes a private antagonist that could only be defeated by a grand gesture? There is precedent.

The president appears to Eastwood yesterday as a monstrous, soft-spoken bunny. He lures Clint out onto the streets of Tampa (“closer, closer”) and tells him the world will end in 28 days, six hours, 42 minutes, 12 seconds. With nothing to lose, Clint lets the president lead him to the RNC stage, and now Clint will spend the next month committing increasingly desperate acts before ending it all in an epic confrontation with a guy in a rabbit suit (college football season is upon us, mascots beware).

Clint Eastwood secretly visits support groups because he can't sleep and feels disconnected from his life. He ends up in a Romney/Ryan campaign meeting and just rolls with it. Clint meets the president on a commercial flight, which seems weird to him at the time but OK, and later they move in together and start beating the hell out of each other so they can feel alive. The president convinces Clint to join him on covert operations, and after a while Clint can't tell where his life stops and the president's begins. The title of his speech is “Project Mayhem.”

Clint Eastwood is a troubled man whose clenched jaw keeps him from communicating with the world. He relearns how to speak through his trusted prop, an empty chair. For a while it works: His kids reach out to him, and he starts to reconnect and find some solace. But he finds the prop crippling; the chair won't let him go without a fight. The RNC speech was a last-ditch effort to rid himself of the chair so he could live a normal life. I don't know how Jodie Foster fits in.

Clint Eastwood and Barack Obama have been friends since childhood and used to get into all sorts of scrapes together. Barack Obama was a terrible influence on Clint back in the “Dirty Harry” days, but Clint kicked him out and turned his career around, even started winning Oscars. Now the president is back, wreaking havoc at the worst possible moments. Who am I kidding, this movie is terrible.

The Sixth Sense Surprise
We're all dead. This is hell. One more convention to go.