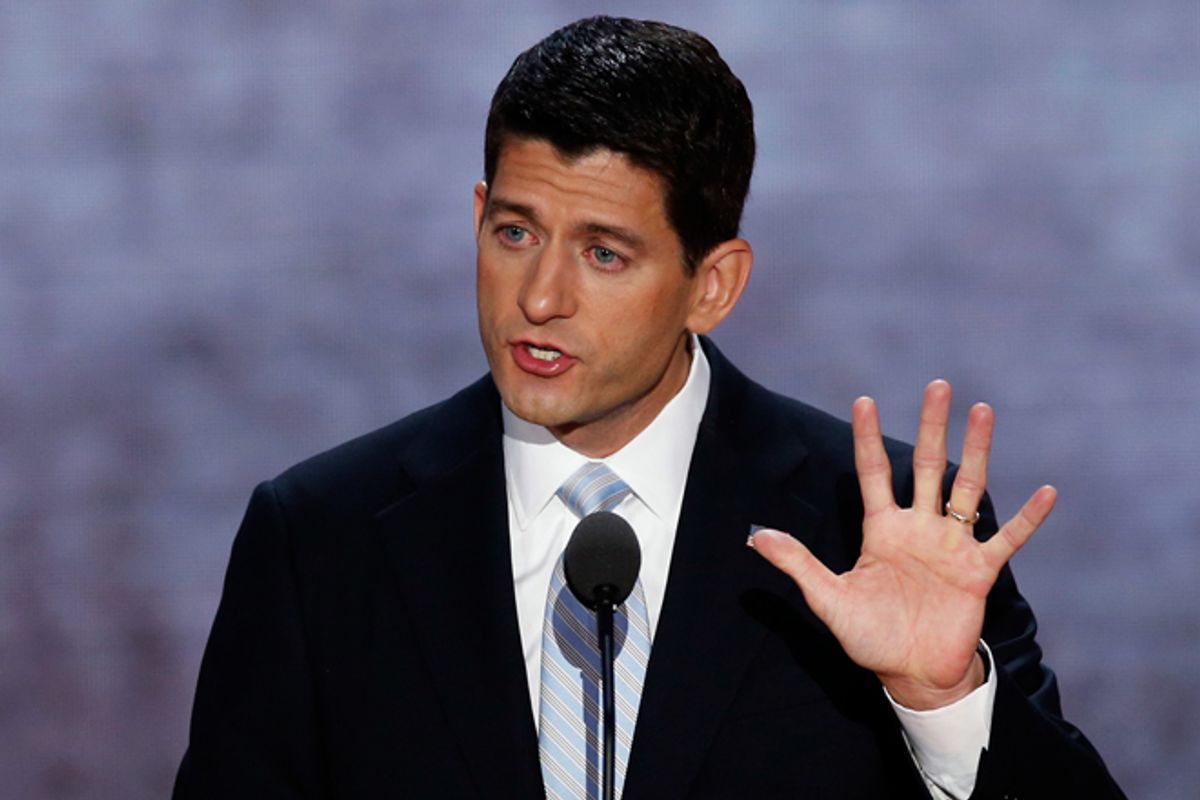 The always-cogent Greg Ip reminds us that the very first thing Paul Ryan did after ascending to the position of chairman of the House Budget Committee in January 2011 was to make a key change in the rules governing how the committee approached its business.

One of his first acts in that job was to replace the old Paygo budget rule, which required any new spending increase or tax cut to be offset to neutralize the deficit impact, with “Cutgo,” which applied that condition only to spending. In other words, tax cuts that blow up the deficit were fine.

The new rules immediately made Ryan's reputation as a "deficit hawk" risible, but when I went back to look at what I wrote about the changes when they happened, I recalled that the scandal went even deeper.

The Congressional Budget Office is the authority that the House Budget Committee depends on to decide what exactly is a spending increase. And the CBO had ruled that Obamacare reduced the deficit. This created a problem. House Republicans had sworn to repeal Obamacare. But under their own new rules, repealing Obamacare would technically result in adding to the deficit.

So what did Ryan do? He made sure the new rules included an exemption for repealing Obamacare.

There's your Republican vice-presidential nominee, in all his glory. He may claim that it was a miserable experience to be forced to go along with the Bush administration and vote for all those budget-busting wars and tax cuts and social welfare net expansions, but as soon as he achieved a position of real power, he made it abundantly clear that he too really doesn't care about the deficit at all.