His "big surprise" was canceled, and the GOP paid him zero attention in Tampa 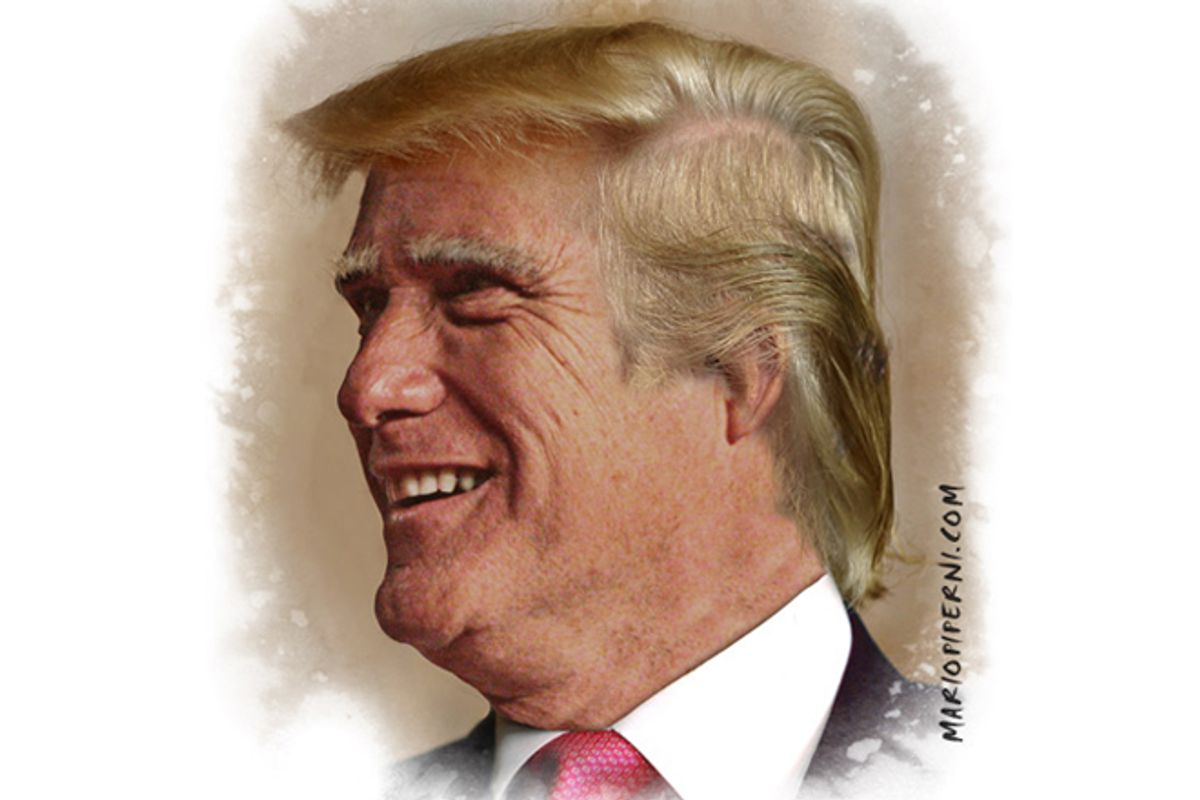 Donald Trump, a television character in a 1980s-era satirical dystopian future SciFi movie, was supposed to have a big "surprise" on Monday at this week's RNC, which he wasn't invited to (he says otherwise but he is delusional), but then the Republicans were "forced" to cancel because of Hurricane Isaac. And they didn't reschedule it.

What they did make time for at the convention included a song by the guy your grandma liked on "American Idol" a few years back, a speech by former Hooters promoter Connie Mack and an old man yelling at a chair.

The old man yelling at the chair was, of course, legendary American actor and director Clint Eastwood, who was invited because I think the organizers assumed he wasn't as crazy as every single other Republican celebrity, but then he went and did the craziest thing of the week. (I don't think Eastwood is crazy, actually. He's just ... eccentric.)

That had to be particularly galling, for Donald. This totally unvetted rambling piece of absurdist theater got prime billing right before the nominee, but the dumb video he made was just ignored completely.

Poor Donald didn't get any attention this week for his craziness, because he wasn't invited to Tampa. Because he embarrasses the Republican Party. Because he is basically a giant national joke. Donald Trump, object of fun for all Americans, was too embarrassing to be allowed to go to Tampa and ruin Mitt Romney's party.

You know who was in Tampa? And not just there but constantly being followed by a gaggle of reporters eager to listen to every statement he uttered? Jon Voight. Jon Voight was a special guest at the Republican National Convention, because he is less embarrassing than Donald Trump. Jon Voight, who was in "Superbabies: Baby Geniuses 2," and who is, in 2012, most famous for being Angelina Jolie's embarrassing estranged father, was on Fox like every 10 minutes while Donald Trump was in New York being ignored by everyone.

Also Stephen Baldwin. He was there too! Everyone said he was super nice.

Those two people -- both of whom are completely insane, by the way -- are less embarrassing than Donald Trump, who for real thinks he is a well-respected and feared businessman and not a TV clown. I feel so bad for the guy.