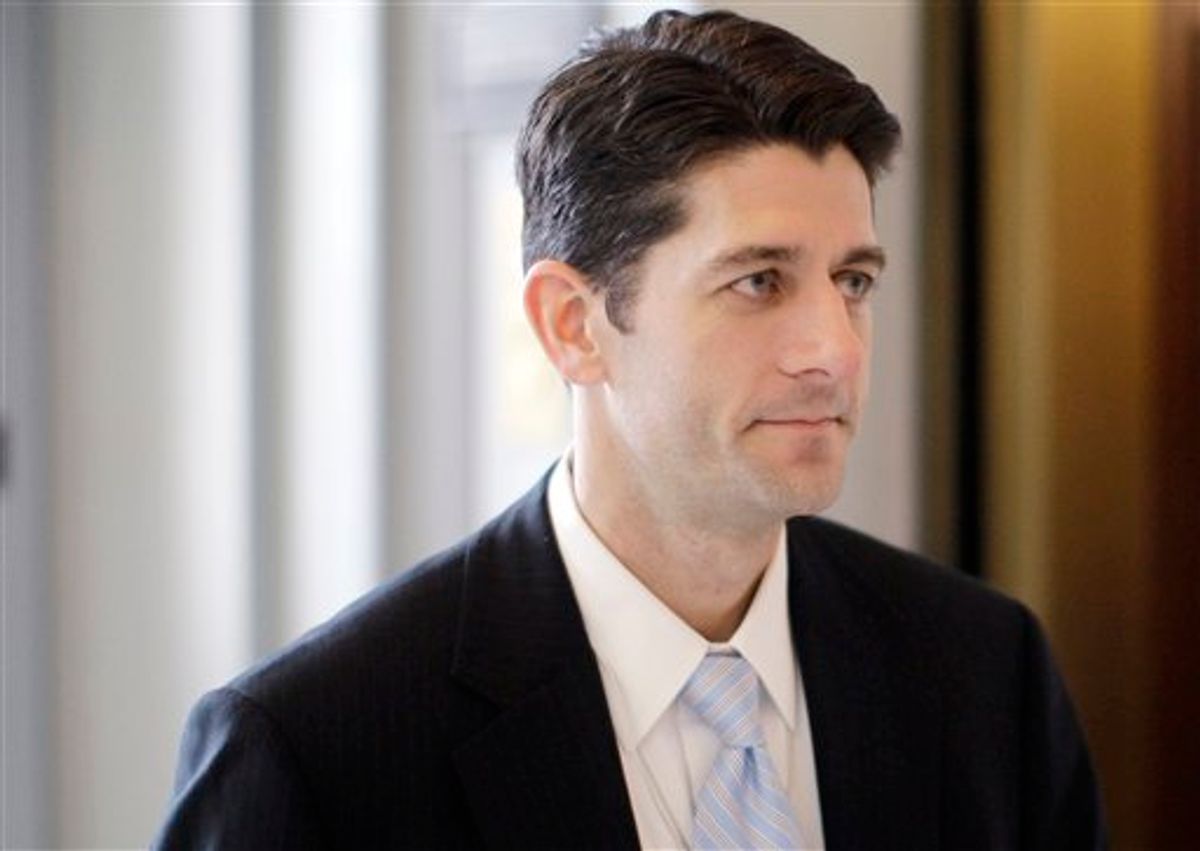 Since health care reform was passed in March 2010, Republicans have railed against the individual mandate and imaginary death panels. But they’ve also been seething over a lower-profile part of the package called the Student Aid and Fiscal Responsibility Act (SAFRA), which made the government the sole originator of federally backed student loans. Critics have called it a government takeover, with Paul Ryan claiming that “they had the federal government, the Department of Education, basically confiscate the private student loan industry.” (For the record, you can still go get a private student loan whenever you want. You won’t be pulled off the street and tossed into the back of an FBI van.)

If Republicans get their way, this dark age of sensible reform and efficient lending practices will soon come to an end. Their 2012 platform declares, “The federal government should not be in the business of originating student loans; however, it should serve as an insurance guarantor for the private sector as they offer loans to students.” In other words, they want taxpayers to assume all the risk and banks to enjoy all the upside. Their big idea for student loan reform is to roll back change and restore a status quo that already wasn’t working.

Most students can’t afford to pay soaring college tuition rates out of pocket, so the government has a vested interest in making higher education more accessible given that it’s a public good and the key to a more productive workforce. Even the Republican platform concedes that much by stating that the government should continue to back private lenders instead of pulling out of the student loan market entirely.

But there’s no obvious reason why this goal is best accomplished by funneling money through third-party lenders instead of issuing loans directly. Before SAFRA was passed, federally backed student loans were administered through the Federal Family Education Loan Program, or FFEL, a public-private partnership in which the federal government subsidized and guaranteed student loans that were originated by private lenders. This meant that banks received taxpayer money as an incentive to keep interest rates low. The government also guaranteed that it would pay back up to 97 percent of the loan principal if the borrowers defaulted, meaning there was little need for lenders to worry about credit risk. That proved an inefficient way to provide loans, but a great way to prop up banks and waste a bunch of money.

In a rare victory for common sense and genuine fiscal responsibility, SAFRA changed the system by cutting banks out of the loop and establishing the government as the sole originator of federally backed student loans. Proponents of the new system have described it as “a plan as simple as the cheesiest local television commercial: The president will cut out the middle man and pass the savings along to you.” This is projected to save $68 billion over 11 years, which should put a smile on deficit hawks’ eternally frowny faces. The bill also caps student loan interest rates and uses some of the savings to invest in community colleges and provide $36 billion in additional funding to expand and increase Pell Grants. Though we still have a long way to go toward tackling the student debt crisis, these are all important steps that will help make college more affordable and accessible to Americans from all walks of life.

Aside from being smart policy, this new approach to providing student aid has the added benefit of making the relationship between that aid and government action explicit. This counteracts the effect described by Suzanne Mettler in The Submerged State in which government-provided benefits are “hidden” by turning them into tax expenditures or laundering the money through private entities. The result is that people often fail to realize that the government is doing anything to help them. Direct lending helps to ensure that “Get your government hands off my Medicare!” doesn’t find a more youthful counterpart in “Get your government hands off my federally backed student loans!”

All of the above explains why SAFRA was a step forward, but it also explains why Republicans want to take two steps back. Their dark warnings of government takeovers and “Soviet-style customer service” are identical to the arguments they’ve used to attack the broader health care reform package and just as dishonest. For one thing, as Valerie Strauss notes, they’re “conveniently forgetting that the government already pays for it so, by definition, it already IS a government program.” For another, anyone who’s had any interactions with private student lenders isn’t likely to miss the warm and welcoming customer service experience. If there’s a problem with one of your loans, working it out isn’t like popping over to the Genius Bar at the Apple Store. It’s more likely to involve making a lot of phone calls and swigging Pepto Bismol while waiting on hold. The government could do a worse job in theory, but it would probably have to work at it.

Other complaints focus on the fact that switching to direct federal loans has forced private lenders like Sallie Mae to cut jobs, but as noted, those people weren’t really doing anything particularly useful. If Republicans want to do a complete 180 and argue that the government should provide make-work jobs, there are far more useful things we could have them doing. If not, these private lenders sound an awful lot like those moochers conservatives like Paul Ryan complain so much about.

Though the Republicans’ desire to repeal SAFRA is sandwiched into a section of their platform labeled “Addressing Rising College Costs,” their solution would benefit banks while providing no help at all to students. In fact, they’d make things worse by slashing Pell grants and increasing spending on the Department of Defense so that we can send more young Americans off to war instead of college. If the GOP wants to style itself as the teller of hard truths, it should start by acknowledging that having private lenders act as middlemen for student loans is pointless and stop trying to backtrack on what little progress has been made on student loan reform.