My parents are killing my crackhead brother

He takes advantage of their generosity, but they're the ones who are enabling his deadly addiction 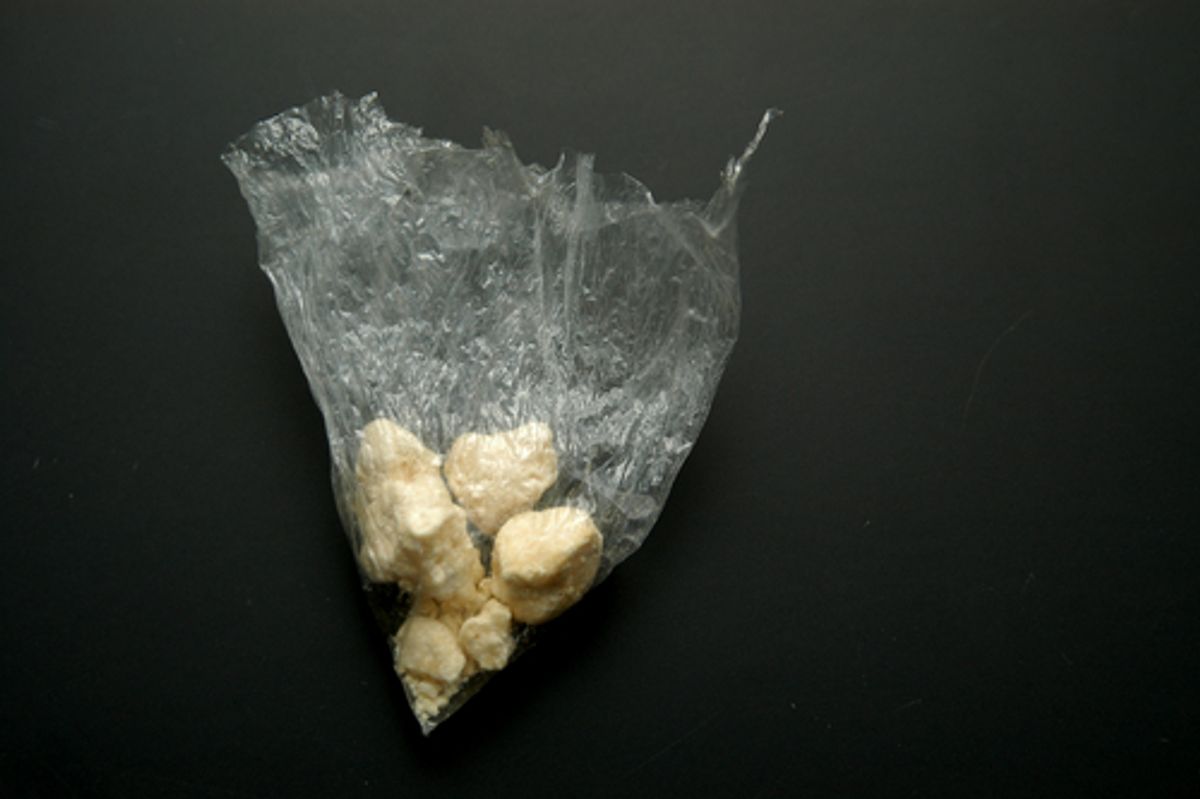 A version of this piece originally appeared on Molly Speyside's Open Salon blog. As a matter of privacy, the author has changed her name.

My 36-year-old little brother is a crackhead.

That word may conjure for you the image of a wiry, twitchy, dirty junkie, wandering some big city’s streets looking for a purse to snatch so he can get his next fix.

That’s what Hollywood imagery has led us to expect. We don’t expect people addicted to crack cocaine, who’ve been on the pipe for nearly 20 years, to be lounging in a pool in the suburbs, chowing down on prime cuts of barbecued meat and relaxing by the fire and watching a big-screen TV.

But that is the life my brother leads.

That is, when his tapestry of lies has my parents blinded, which these days is more often than not.

It took us a long time to even believe he was doing crack. I literally laughed in his face when he confessed to us, asking for help, 15 years ago. Crackheads aren’t obese, funny guys who charm their grandmothers over the Easter dinner table! How is that possible? I thought.

But it’s true. High on dope and a little curious, he took his first hit of crack at a party around the corner from my parents’ house when he was 19. He’s been addicted ever since.

Unless you catch him seconds after he’s taken a hit (he says the high only really lasts about a minute), the physical changes, and therefore visible proof that he’s using, are extremely hard to see. The devolution has been gradual too; I think we’ve forgotten what he really looks like -- or would have looked like had he taken a different path in life.

I did catch him once when he was high, though; that time the physical change was very clear. His pupils were so large you could barely see any of the color of his eyes. He looked like a wild animal.

The only reason I saw him that way was because our mother had pounded on his bedroom door -- the same bedroom he’s had since we moved into the house in his infancy --  demanding to see the money she gave him to buy work clothes. I should mention that as our then-60-year-old mother pounded on his bedroom door, I could hear the tiny crank of her chemotherapy pump working away in her fanny pack. (At the time she had a pick in her arm giving her constant chemo to fight colon cancer.)

Her illness prompted me to tell him he needed to stop his endless freeloading off our parents, that mom couldn’t take the stress of having drug dealers knock on her door demanding money.

His reaction was to, with great mastery, pick fights on completely unrelated topics to knock me off track, and then to steal my credit card while I slept. (I should have known better than to leave my purse unguarded; he’s stolen my father’s wallet out from under his mattress while he slept.)

So why do my parents allow him to live in their home, continuing to indulge in the perks they’ve both earned after 40 years of hard work? I believe this is because they are terrified that if they don’t, their son will die.

Whenever they do play hardball and demand he leave, he tells them, “Fine, I guess I’ll just become a drug dealer then. Is that what you want? I guess you want your son to die, because that’s what is going to happen if you kick me out.” Ridiculous as his logic clearly is, I suspect they do believe he won’t last long in the streets. Either that, or they fear he’ll just kill himself intentionally.

I now have a little boy of my own, so I can understand the impulse to shield and protect your child.

But I have long been of the opinion that what they are actually doing is enabling him to be the addict he is.

They need to force him to man up and stand on his own two feet. Only then will he have any chance of breaking free of this hideous cycle. Where’s the incentive for an addict to get clean when you can live "the life" while doing crack?

He’s been in rehab twice. Both times he came out with big plans and bigger dreams.

My parents bought him a truck and helped him set up a roofing company. I’m not quite sure when the "roofing jobs" turned into ruses for getting money out of my parents -- "for shingles to start the job" -- but they did.

My parents have set him up in three apartments, got him on welfare, paid for his food and "spending money."

Most recently they put him on a plane to Edmonton, where he had a choice construction job and a room in a house all lined up. We were so hopeful.

It lasted about three months before he called my mother, begging to come home.

And so there he sits today, in the lap of luxury, having fully convinced my parents that he’s clean; he just wasn’t quick enough on the machine he was working.

Those open sores on his arms tell a different story.

But my parents don’t want to hear it. If they wanted the truth, they’d have made him pee on the drug test I bought them two years ago. Instead it sits in their safe, where they keep things they don’t want him to steal.

Meanwhile, they both creep closer to 70 and I can see their resolve to push back against his bullying and manipulation already weakening.

And I have been the fool who keeps stepping in, fighting against him while trying to make them see the truth.

And all I get for my troubles is to be treated like the Bad Guy; the anger and upset they feel turns on me.

And so I am done. And I sit and I wait, in my front-row seat, for the train wreck I know will come.

It’s just so damn hard to wait and watch.