In August 2008, the U.S. auto industry was on the brink of catastrophe. In the summer of 2012, sales are booming 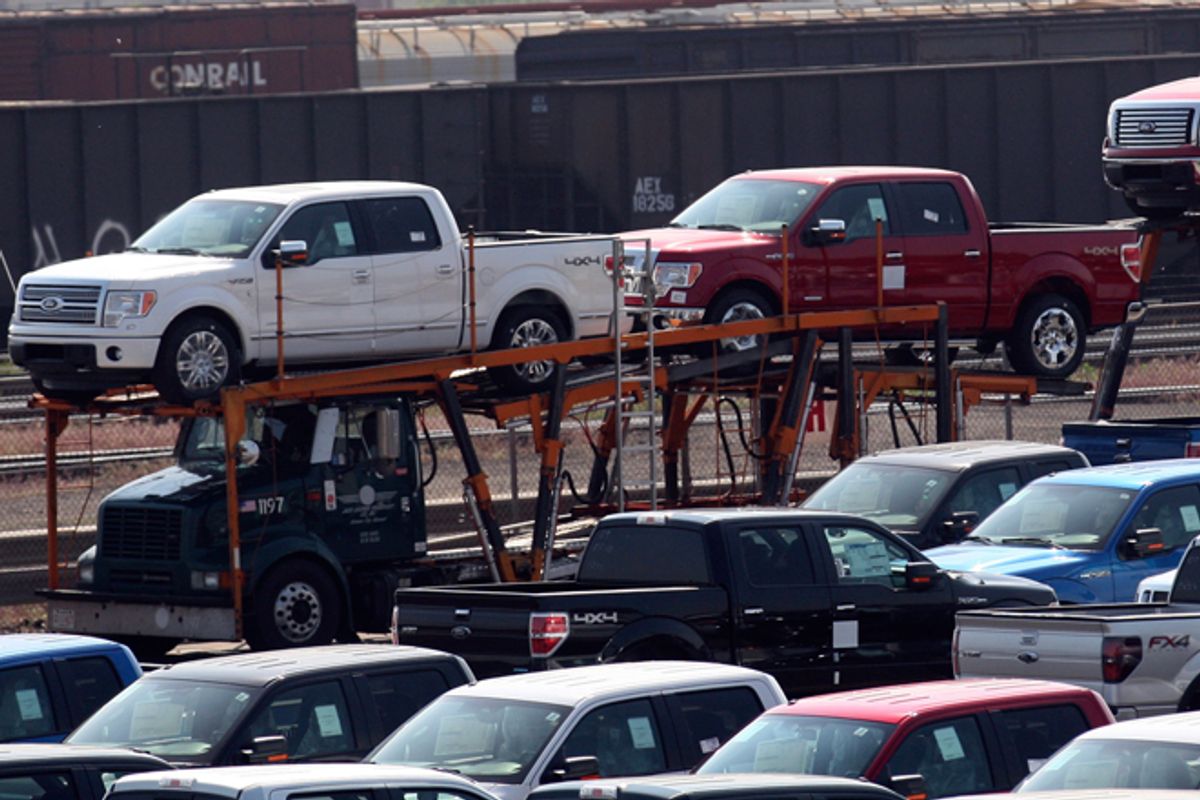 In the middle of Tuesday morning, the home page for the Detroit Free Press featured two articles side by side, "Obama holds solid lead in Michigan heading into DNC, poll says," and "Auto sales jump: Chrysler 14%, Ford 12.6%, GM 14.1% in August."

The two headlines are intimately connected. Obama's bailout of the U.S. car industry is one of his administration's signature achievements, and is undoubtedly responsible for his strong showing in Michigan. The sales numbers -- which project one of the best monthly performances of the U.S. auto industry over the past four years -- come at a particularly welcome moment. Europe's woes and a slowdown in China seem to be finally taking a bite out of U.S. manufacturing growth. Without a robust auto industry, unemployment would be higher and the Rust Belt a disaster zone.

Since the topic of the week seems to be how to answer the question "Are you better off now than you were four years ago?" it might be instructive to apply that framing to the auto industry.

Four years ago, the U.S. auto industry, hammered all year by high gas prices and the subprime mortgage implosion, was poised for catastrophe. Executives of Ford and GM were begging the Bush administration for $50 billion in loans. Sales in August 2008 projected out to a yearly total of 13.5 million units (August 2012, in comparison, looks to come out between 14.2 and 14.5 million), but over the next six months, sales would crater, falling to an annualized rate of 9.325 million in February 2009.

Almost exactly four years ago, John McCain famously declared, in the wake of the news that Lehman Brothers would file for bankruptcy, that the "fundamentals of our economy are strong." That very month, the U.S. auto industry entered the worst crisis of its entire existence. Today, sales are booming. Romney might want to think twice about asking the "four years" question in Michigan.