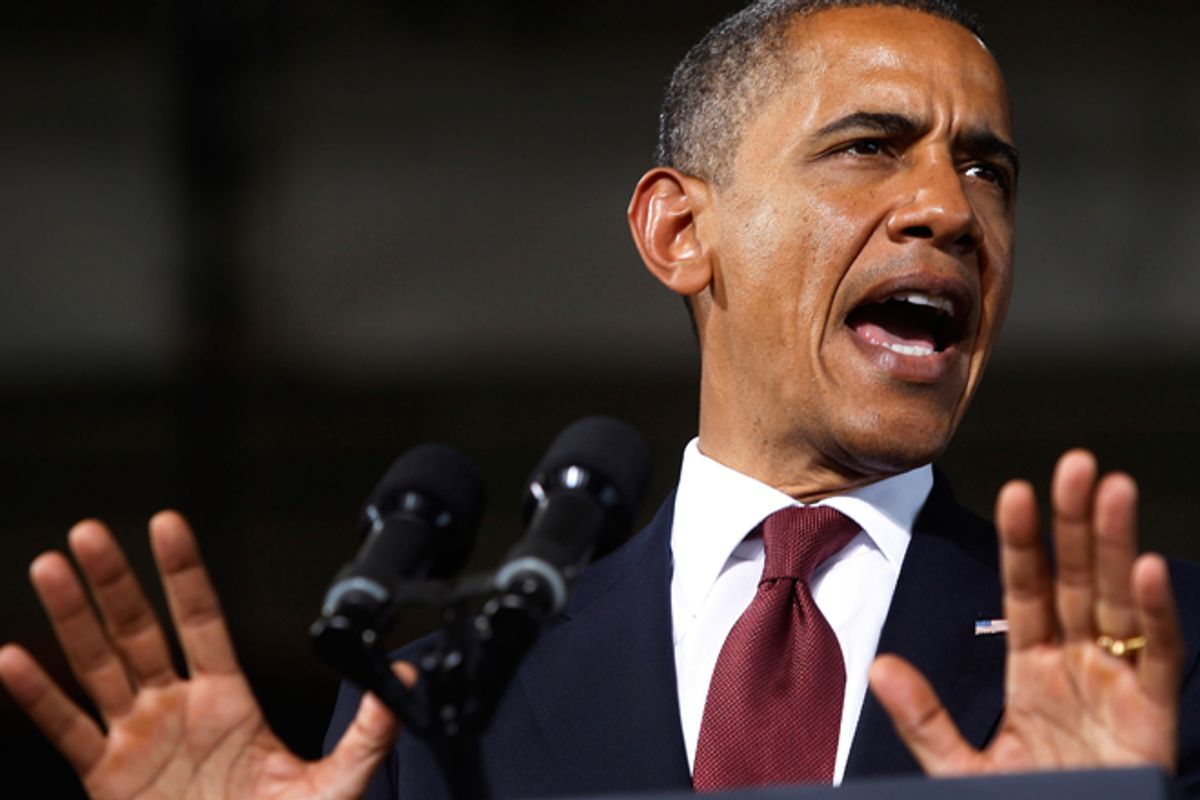 Barack Obama has settled on a standard answer whenever he’s asked to grade his economic performance: “Incomplete.”

That’s what he told a local television reporter yesterday in an interview that Republicans are now playing up aggressively. Obama explained his self-grading this way:

“What I would say is the steps that we have taken in saving the auto industry, in making sure that college is more affordable, in investing in clean energy, science and technology and research – those are all things that we’re going to need over the long term.”

It’s a perfectly reasonable response and is consistent with Obama’s reliance on context to steer voters away from taking out their economic anxieties on him. “Incomplete” is also the politically smart answer. If Obama were to give himself a glowing grade in the face of a jobless rate that's stuck at over 8 percent, he’d be ridiculed for arrogance and delusion. If he were to give himself a poor grade, he’d simply be confirming the GOP’s claim that he’s been a bad president. So “incomplete” it is.

The problem for Obama, and the reason Mitt Romney’s campaign is giddily pouncing, is that he set a very clear standard for his economic performance early in his term, telling Matt Lauer:

This allowed Paul Ryan to crank up the outrage in a morning show appearance today: “Four years into a presidency and it's incomplete? The president is asking people, just to be patient with him?" You can expect to hear similar comments over and over from Ryan, Romney and countless other Republicans.

Obama is asking people to consider the catastrophic circumstances under which he inherited the presidency and the Republican intransigence that has prevented him from enacting a more aggressive economic agenda – and there’s reason to believe that swing voters, for now, are receptive to what he’s saying. But the flare-up over his “incomplete” grade is a reminder of the rhetorical ammunition that Obama handed his opponents in the early days of his presidency. You can imagine Romney in a debate this fall telling Americans over and over that Obama has flunked his own test.

Another favorite GOP talking point also grew out of early 2009 – the infamous memo to Obama’s transition team from economists Christina Romer and Jared Bernstein, who suggested that the stimulus would prevent unemployment from climbing over 8 percent if enacted. There was a lot more to the memo than that, and his forecast doesn’t actually seem that unreasonable when you consider the full context of the memo and what was known about the economy when it was drafted. But, as Michael Grunwald documents in his new book, the prediction was encouraged by Rahm Emanuel, who wanted to be able to make specific, quantitative boasts about what the stimulus would do. As a result, Republicans have spent more than three years using the 8 percent forecast to discredit the stimulus and, by extension, Obama’s presidency.

Obama and his team have gotten pretty good at talking about the economy and making a case for voters to look beyond the current unemployment rate to judge his presidency. But they might have an easier sell now if it weren’t for some (understandable) miscalculations about the depth of the crisis early in his term.