Why did Republicans choose the outspoken Florida representative to forge ties with the African American community? 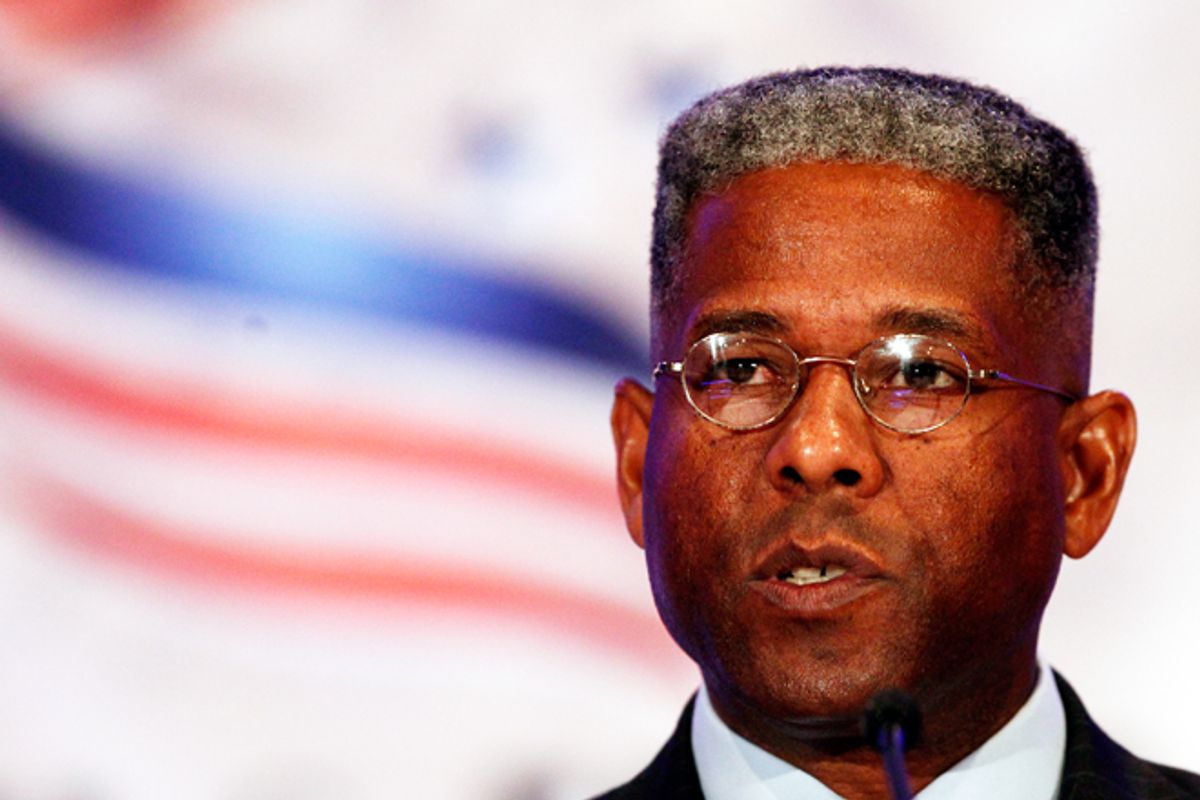 Who better to lead your effort at reaching out to black voters than a guy who gleefully goes to war  with the Black Congressional Caucus, which he has accused of “race-baiting” and has punked with unwanted fast food orders? A guy who has drawn fire for using slavery rhetoric to condemn policies he doesn't agree with, such as calling Social Security “a form of slavery” or saying that he’s a runaway slave from Democrats’ 21st century plantation of food stamps and social welfare benefits? A guy who condemns black political leaders for being too quick to play the race card, but is OK with playing it himself?

That guy, of course, would be Rep. Allen West, whom Republicans have chosen as one of the leaders of a new effort to reach out to African-American voters. The effort, which also includes the far more reasonable choices of South Carolina Rep. Tim Scott and Florida Lt. Gov. Jennifer Carroll, features a new website with testimonials of elected black Republicans. It may seem like an empty effort, especially since a recent Quinnipiac poll showed President Obama capturing 94 percent of the black vote, and another poll showed Romney capturing an unusual 0 percent of the black vote.

But there's another problem as well, which RNC co-chair Sharon Day seemed to acknowledge -- there just aren't many to choose from. "We highlight our elected officials so people understand that we do have Republicans that are elected that are black ... I don't care if they are a mosquito sprayer or a dog catcher in Arizona, or Jennifer Carroll or Allen West. We have black conservative leaders who stand for their principles,” Day told CNN.

So maybe they should be forgiven for choosing Allen West, who commemorated Black History Month by saying that Democrats’ plan of “re-distributionary handouts is, in fact, the most insidious form of slavery remaining in the world today.”

Republicans may just not have any other options. And at least the new motto isn't "Our blacks are so much better than their blacks."