Not everyone's cheering Obama at the DNC. Latino voters say they're demoralized after the president's first term 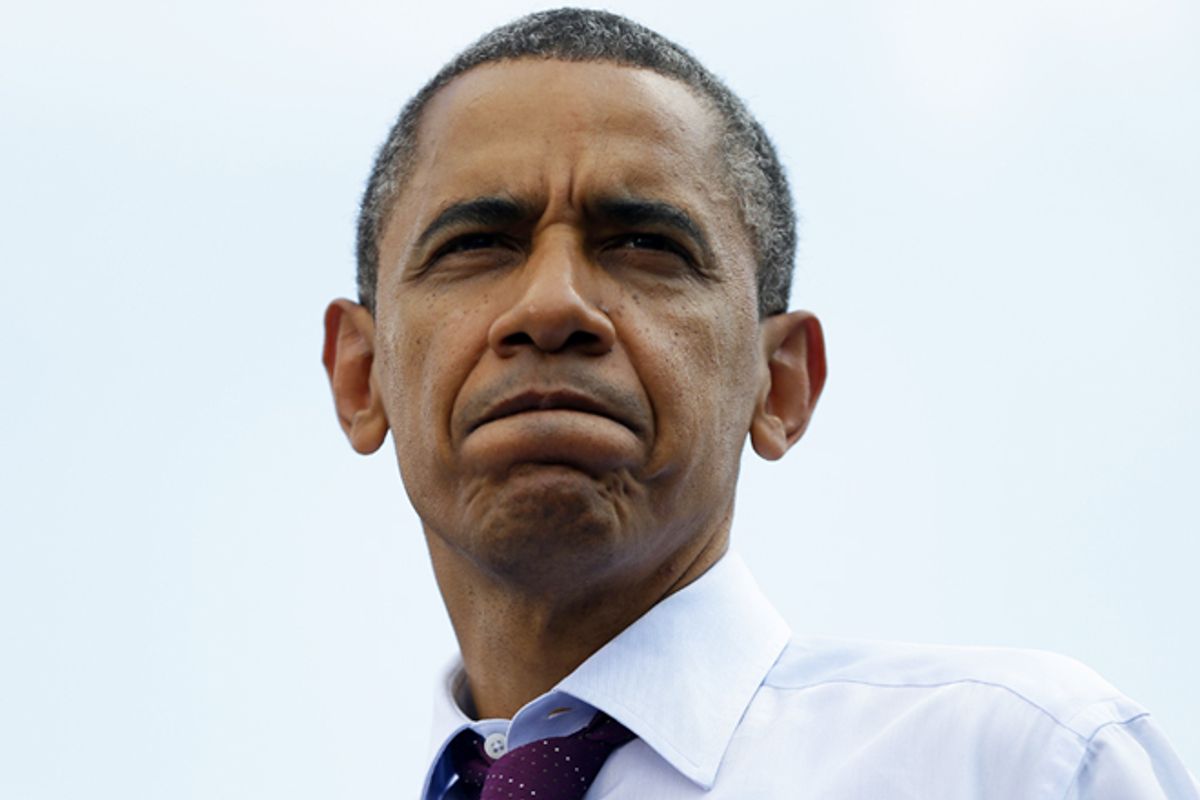 CHARLOTTE, N.C. -- “We have been very clear and very strong with the president and the administration that it is unacceptable that they are not putting enough effort, and enough commitment on immigration reform,” said Hector Sanchez, the executive director of the Labor Council for Latin American Advancement, a coalition of over 30 Latino labor groups with more than 2 million members. The criticism of Obama is not new among Latinos, but it’s surprising to find it even here, at the back of a room at the Democratic National Convention where Michelle Obama had addressed a meeting of the Hispanic Caucus just a few moments earlier.

“He needs a more willing Congress, and unfortunately, a lot of his political capital was spent on passing healthcare reform -- actually, it's not unfortunate, it's good that he did that -- but by the time he got around to immigration and tried to push that, there wasn't enough political capital,” Wilkes said.

Obama has faced protests from Latino groups, especially supporters of the Dream Act, who felt left out as they saw other key groups in the Democratic coalition see their favored legislation passed. The tension was eased a bit with Obama’s announcement this summer of a deferred immigration enforcement policy for some young undocumented immigrants, but that has only gone so far. “He did something unique and deferred action is a step in the right direction, and we think that is a sign of a higher level of commitment ... [but] they need to be more aggressive, they need to start playing offense,” Sanchez said.

Wilkes added that he thought that because Obama was the first minority president in history, “He's probably not going to focus, initially, on issues that are particularly important to his base constituency -- African-Americans and Latinos ... So rightly or wrongly, that was his strategy. And I think it was foreseeable. So, yes, it's a little bit frustrating to some people but it's understandable."

But Obama will likely get a pass this year from frustrated Latinos, largely because his opponent’s stance on the issue is so extreme. “You can see how Republicans will push everything that will be against immigrants,” delegate Rosana Lopez said. Polls show Obama beating Romney by huge margins, making Romney’s hopes of gaining even just 38 percent of the Latino vote seem unlikely.

Everyone Salon spoke with agreed President Obama would be much, much better on immigration that Romney, who has one of the most restrictive policies of any Republican presidential nominee in recent memory. “I don’t think the Republican Party gets it,” said Arthur Costa, a delegate from Florida.

The activist criticized Obama’s prioritization of the policies he enacted, not their substance. Sanchez said the Republican and Democratic platforms were virtual “mirror images” of each other, with the GOP’s referring to immigrants as "illegals" and calling for the withholding of federal funds from states that pass sanctuary laws, while the Democratic one looks almost like a wish list for immigration reformers.

The question remains how much they’ll turn out. “When you want something done as a community, you get together and you protest. And then you get the attention of your elected officials to try to get something done. I think that’s what the Hispanics did, but we never left. We were always there for them,” said Florida delegate Lourdes Diaz.

Naturally, at the Democratic National Convention, everyone wants Obama to win and expects him to. But that won’t be the end of it. “The reality is, if we want to get it done, we've got to vote in big numbers and we've got to keep pressing our point after the election as well,” Wilkes explained.