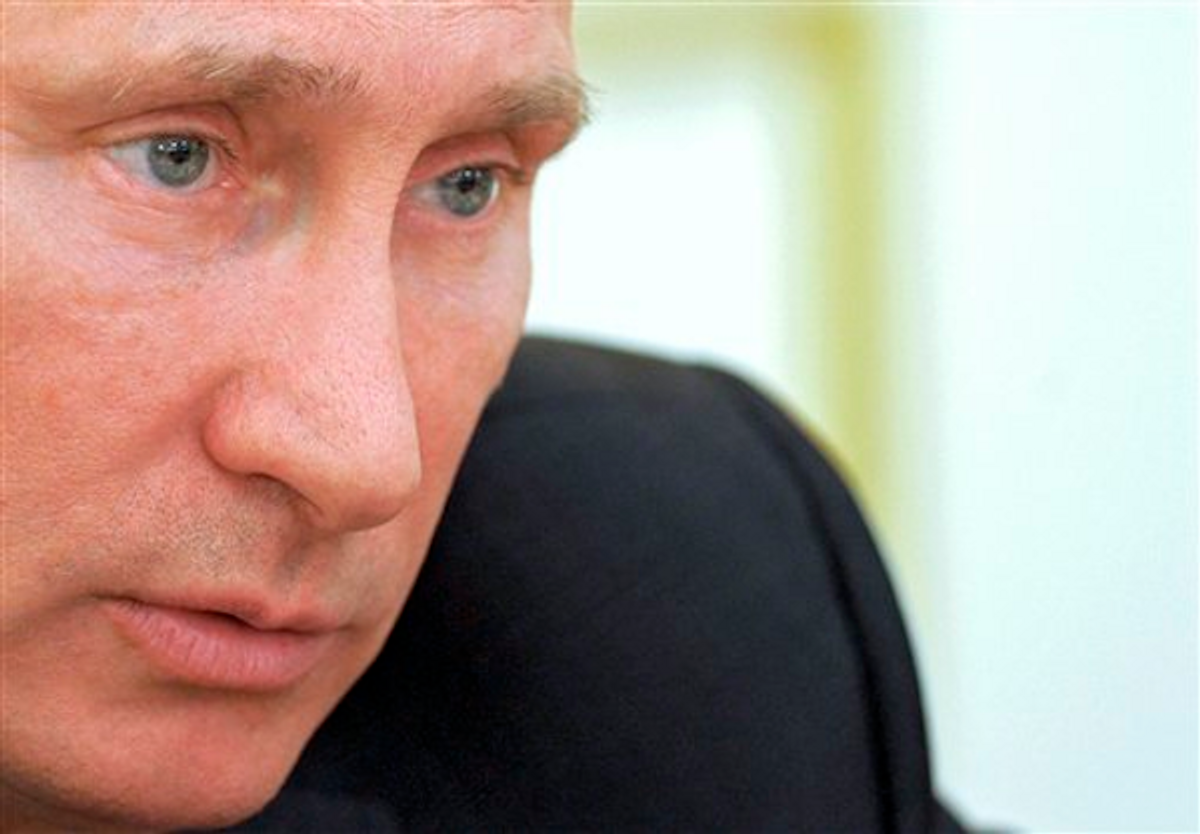 MOSCOW, Russia — The two-year prison sentence handed down to feminist punk rockers from the band Pussy Riot last month for their disturbance in a church shocked many around the world who saw it as a draconian punishment for exercising their freedom of expression.

But the eight years delivered to another opposition activist who accused police of framing her says even more about the Kremlin’s methods for dealing with its critics. Taisiya Osipova’s supporters say police planted heroin in her apartment after she refused to testify against her husband, a member of the radical Other Russia movement, in 2010.

The punishments are part of a crackdown on dissenters that has included mass arrests of protesters and selective prosecution of opposition leaders. It suggests the Kremlin is increasingly threatened by the burgeoning number of largely young, urban liberals chiefly responsible for setting off street protests over Vladimir Putin’s return to a third term as president in March.

However, Putin’s controversial policies appear to reflect more about his divisive strategy to maintain his authority.

Marginalizing a growing cadre of opposition-minded Russians he has cast as a danger has enabled him to stoke Russia’s version of a culture war in order to consolidate his increasingly valuable support among older, conservative Russians who constitute his base.

But analysts say splitting the population along ideological lines threatens to isolate the president in an increasingly polarized society he may no longer be able to manipulate.

Although pressure against opponents is hardly new for Putin, Nikolai Petrov of the Carnegie Moscow Center believes his latest tactics show him to be no longer positioning himself as president of all Russians, but a “majority versus the minority” for the first time since his rise to power a dozen years ago.

“He considers this minority — those who live in big cities, in Moscow especially, and who are not welcoming him now — as his opponents, or even his enemies,” he said.

The scandal over the Pussy Riot trial, which shows few signs of abating weeks after it ended, has become a focus for debates over conservatism, justice and the Russian Orthodox Church.

Religious and nationalist groups accused the women of being Satanists seeking to destroy Russia. Increasingly vocal, some have set about organizing vigilante groups to protect a culture they say is under threat.

Previously seen as stalwart Putin supporters, however, they are also increasingly critical of him. Increasing numbers blame him for not being patriotic enough.

Pussy Riot supporters have contributed to the radicalization, most visibly a group called People’s Will — which evokes a violent 19th-century revolutionary group of the same name — that has cut down Orthodox wooden crosses.

Pitting various segments of the population against each other is no Russian invention, however. Prime among other examples, the American political landscape has also become highly polarized in recent years.

The Republican Party recently drafted its most conservative platform in memory ahead of November’s presidential election to appeal to voters over such social issues as abortion and gay marriage, something critics say helps define battle lines that mobilize the party’s base by portraying liberals as seeking to destabilize the American order.

However, there are important differences with Russia. “In the American political system, it’s about ‘blue’ and ‘red,’ which are rough counterweights to each other,” says Matthew Rojansky of the Carnegie Endowment for International Peace in Washington. “They’re both mainstream, that’s the key.”

In Russia, he adds, the main division is between “the power and the fringe.”

Even if motives for politicians in both countries may be similar, he concluded, the stakes in the culture war being waged in Russia are far higher. “The way people are being impacted by this, qualitatively, is very different.”

Not only are opposition leaders harassed and arrested, the choice between opposing visions for the country raises the stakes for Russians far higher: a choice between authoritarian rule and democratization.

Observers believe Putin has been expert in employing similar tactics inside the corridors of power to establish he’s still very much in charge. A recent report by an influential group of Russian analysts characterized his administration as a Soviet-style system in which various political groups vie for his influence.

Titled Politburo 2.0, the report by the Minchenko Consulting Group describes the Kremlin hierarchy as a collection of clans from the business, security and energy sectors that all look to Putin to settle their scores. The competition among them, the analysts say, keeps Putin at the top of the heap.

Although such tactics enabled Putin to amass great power, some question how long they will remain effective, both among the elite and the population at large, as society evolves.

General discontent with the ruling regime, regardless of social or ideological divisions, is growing. A recent poll by the independent Levada Center polling agency found that 51 percent of Russians blame Putin for the country’s problems, up from 29 percent last year and 31 percent in 2010.

That figure may be particularly worrying for a leader who has cast himself as a consummate problem-solver who remains above elite politics.

Even members of Putin’s United Russia Party have expressed doubts about his course of action. A member from St. Petersburg who called for Pussy Riot’s release and a major overhaul of the ruling bureaucracy in a rare public dissent faces expulsion.

Petrov of the Carnegie Moscow Center believes Putin faces one of two crucial battles: either to secure the elite’s loyalty or to appease the growing public discontent.

As the increasingly radicalized social camps threaten to escape his control, Petrov says the president’s “motionlessness” is costing him dearly.

“He could easily fix either of those two big problems, but not both at the same time.”