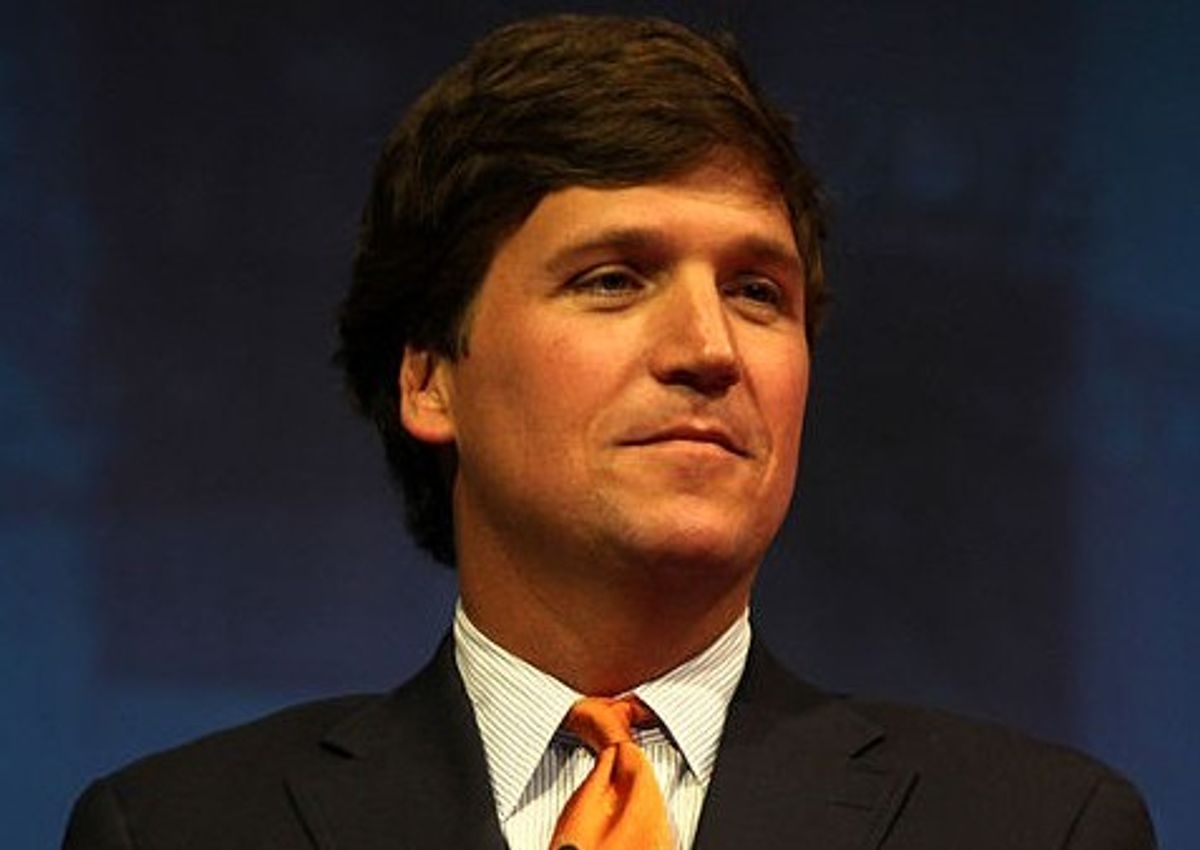 When is a scoop probably not a scoop? When it's published by Tucker Carlson's conservative news site the Daily Caller. Here is a recent, and incomplete, history of its biggest flops:

* This week, the conservative site put out a four-part series on a 1995 mortgage discrimination lawsuit against Citibank that trumps up Obama's role defending 186 African-American clients, when he was an associate at a law firm in the '90s. Most of the plaintiffs in the case were ultimately foreclosed on, the Caller reported. The Caller, in other words, wants the takeaway to be that Obama was totally responsible for precipitating the mortgage bubble. But then it admits that maybe Obama was ultimately not very involved after all. From the Caller, emphasis ours: "The Chicago Sun-Times reported in 1998 that Obama claimed $23,000 in billable hours for his role in the lawsuit. That role was limited, partly because he was networking his way toward his 1996 election to the Illinois Senate. But he stayed with the firm until 2004, and it was his lawsuit."

* In July, the Caller reported on a book by conservative journalist Richard Miniter, which claims that Obama let his friend and adviser Valerie Jarrett talk him out of ordering the raid on Osama bin Laden's compound in Pakistan three times, and then he blamed the delay on the weather. The Daily Caller seems to want you to think that Obama is indecisive, a liar or both. In the end bin Laden wound up dead, so Miniter is at best missing the point when he says that Obama's "greatest success was actually his greatest failure."

* In February, unnamed MediaMatters sources described an ongoing conspiracy wherein mainstream news outlets will print whatever the Soros-loving pinkos at MediaMatters tell them. Though the Caller report doesn't cite any evidence that mainstream news outlets have basically been acting as MediaMatters stenographers, as the site claims, Tucker Carlson was unfazed:  "The charge is not our charge," he said at the time. "The charge is being made by employees at Media Matters, who would know. This is not an editorial, it is reporting that we did out of which came the claim that we wrote in the story. I can't add to what they've already told us."

* Last September, the Caller very, very erroneously reported that the EPA was hoping to hire “230,000 new bureaucrats — at a cost of $21 billion” to put in place new greenhouse gas regulations, regulations that the EPA admitted may be "absurd" and "impossible to implement." In fact, the opposite was true: The Justice Department went to court to defend a rule that would have prevented the EPA from requiring the additional resources to regulate greenhouse gases. The brief used the numbers cited by the Caller to explain to the court what would happen if the rule was blocked.

Bonus Daily Caller conspiracy theory: The Social Security Administration, retired Army Maj. Gen. Jerry Curry wrote in August, confirmed that it's buying  174,000 rounds of extra-deadly hollow point bullets for 41 different cities, for undisclosed reasons. "We are led to believe that they will be used only in an emergency to counteract and control civil unrest," the article stated. The AP, in debunking mode, reported that the bullets are for the inspector general's office of the SSA, which has about 295 agents who  regularly investigate crimes and make arrests. Most of the bullets will be “expended on the firing range.”

Know of one we missed? Write and let us know.