The day the convention broke 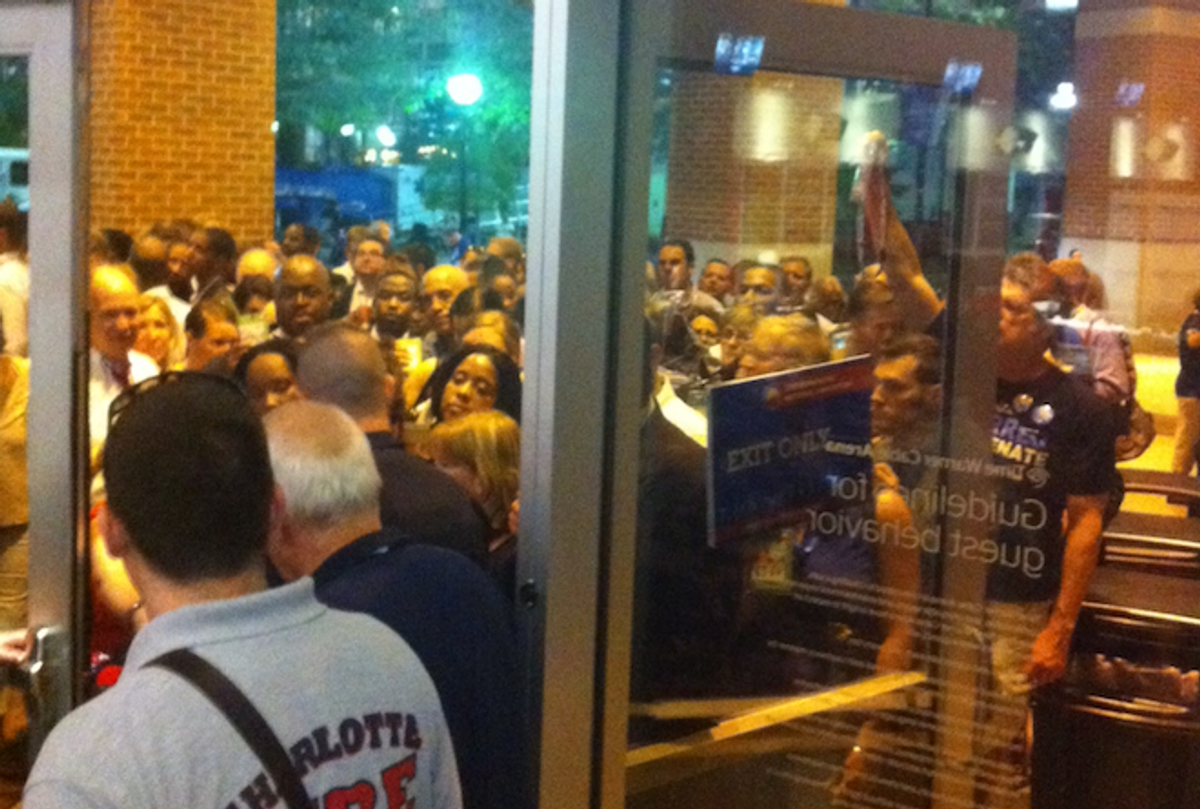 Delegates shut out of the Democratic National Convention (Alex Seitz-Wald)
--

CHARLOTTE, N.C. -- "Disaster," a frustrated-looking young delegate muttered as he finally got inside after waiting in a long line outside the Time Warner Center, the site of the Democratic National Convention. The fire marshal shut the entrances and stopped letting people in around 8:30, leaving hundreds or thousands of delegates, journalists and other guests outside. Officials apparently issued far more credentials than they had capacity inside the arena. "They count on some percentage of people not showing up, but we were a diligent crew this year!" the volunteer manning the door explained cheerfully.

The lockout comes just a few hours after an unexpected uproar of dissent on the floor late this afternoon. Unlike the Republican National Convention last week, where Rep. Ron Paul supporters regularly disrupted events and got in heated, even physical, confrontations, the Democrats have been almost flawlessly united here so far. But when organizers tried to amend the platform they approved yesterday to include a mention of "God" and a passage affirming that Israel's capital is Jerusalem, there were raucous boos on the floor. Democrats had mysteriously removed the two provisions in committee. Apparently acting on orders directly from Obama, organizers moved quickly to reinsert the Jerusalem language.

Authorities eventually starting letting a trickle of people who had been waiting 20 to 40 minutes in, but many more were left waiting around outside a little after 9:00. Meanwhile, TV cameras were rolling, capturing the lines and the irritated attendees.