The anti-abortion and anti-gay marriage messages that followed Obama 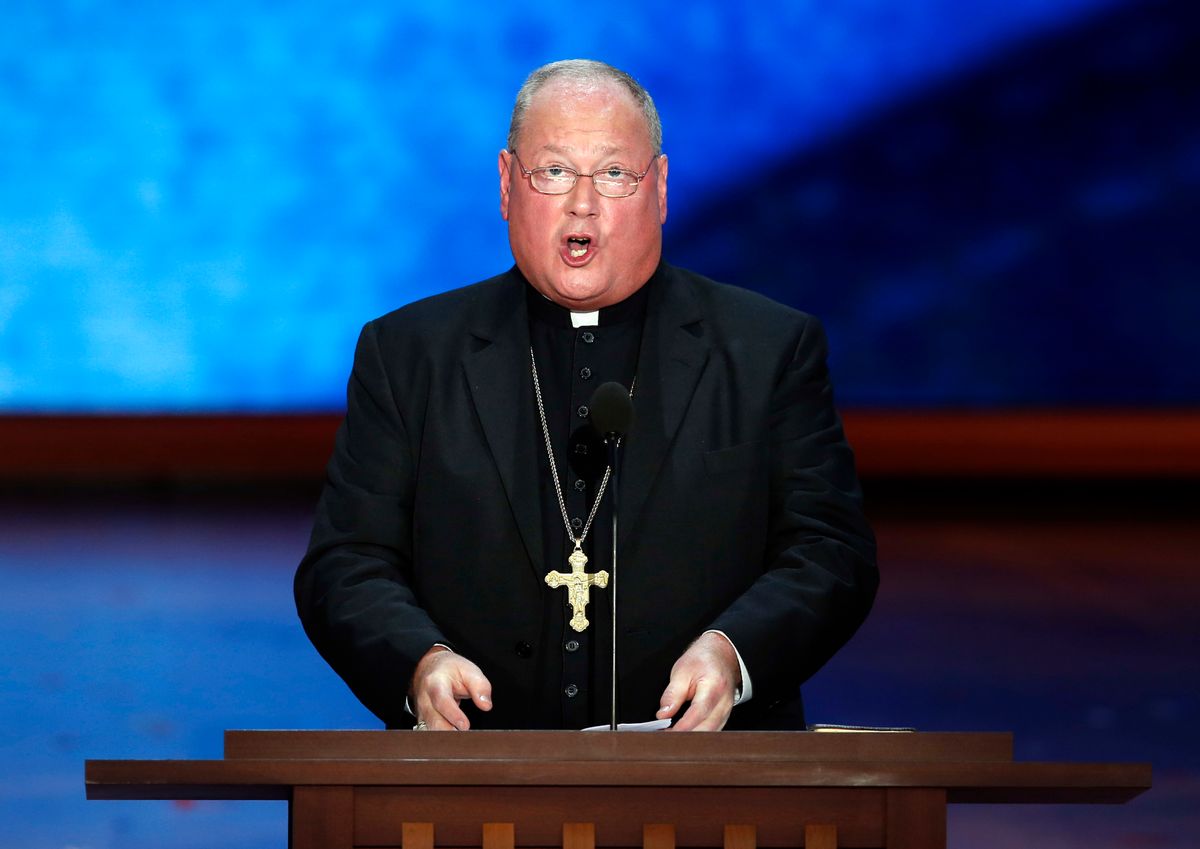 This time, both sides really are doing it.

There was only one person who appeared onstage at both the Republican National Convention and the Democratic National Convention, and he used his platform tonight to not-too-subtly snipe at the agenda we've been hearing defended all week, including a mention of those "waiting to be born, welcomed and protected." That would be New York Cardinal Timothy Dolan, who was hastily added to give a benediction at the DNC after he agreed, to some controversy, to do the same at the RNC.

Tonight, he was given pride of place immediately after President Obama. "Grant us the courage to defend life," he said, and added, "Renew in all our people a profound respect for religious liberty, the first, most cherished freedom."

But lately, when Dolan has said "religious liberty," he's really been talking about your birth control. This is the same man who was successfully courted by Romney in their mutually rabid opposition to the contraceptive coverage mandates in the Affordable Care Act, and who is suing the Obama administration over the policy -- the same man who has called Obama's stance on gay marriage "saddening." (At the RNC, the statement was more muted: "We ask your benediction upon those yet to be born, and on those who are about to see you at the end of this life.)

And here was a very coded kick at the platform support for gay marriage: "Show us anew that happiness is found only in respecting the laws of nature and of nature’s God. Empower us with your grace so that we might resist the temptation to replace the moral law with idols of our own making, or to remake those institutions you have given us for the nurturing of life and community."

Before the appearances were symmetrical, several Catholics criticized the Tampa appearance as an unnecessarily partisan move, despite the Archdiocese's insistence that the appearance was not an endorsement. “Cardinal Dolan’s appearance in Tampa will damage the church’s ability to be a moral and legitimate voice for voiceless, as those who view the Catholic Church as being a shill for the GOP have just a bit more evidence to prove their case,” wrote Michael O’Loughlin.

We heard a lot about a different sort of Catholicism tonight -- from Caroline Kennedy, who said pointedly, "As a Catholic woman, I take reproductive health seriously, and today, it is under attack," to Jill Biden, who cited pro-choice Joe Biden's "strong Catholic faith." Yesterday, we heard from a nun who has been traveling around the country arguing that the Ryan budget "failed a moral test." In order to defuse the implied Romney endorsement, the DNC and the Obama campaign saw fit to welcome in a man who has shown little interest in compromising with them or working with them at all, and whose faithful adherents are hardly persuadable. It was a rare discordant note in a week of remarkably consistent and coherent declarations of principle.