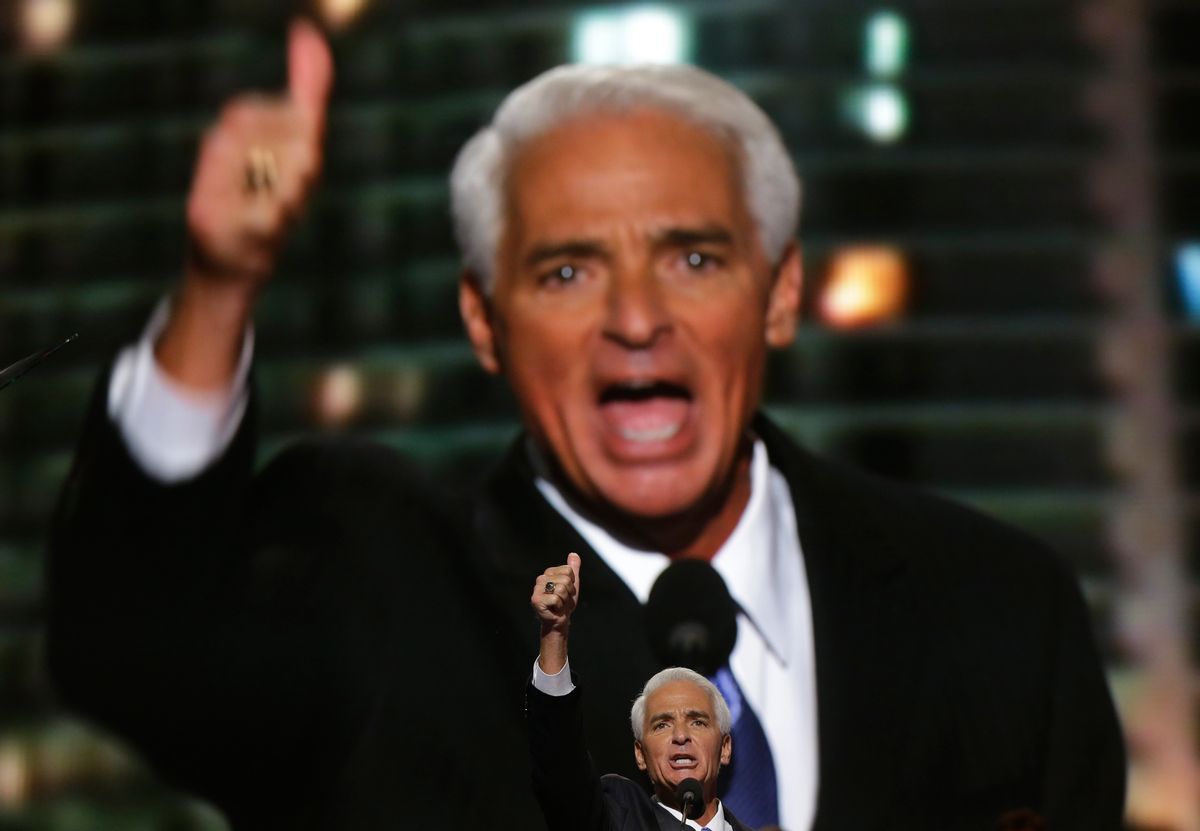 CHARLOTTE, N.C. -- Democrats speaking at their National Convention here didn't need to make a hard sell about how the Republican Party has been taken over by right-wing ideologues -- they had Republicans do it for them. Each night of the convention featured former Republicans who have seen the light and switched sides, and each apostate cited the increasingly shrill rhetoric and hard-right policies of their former party as the reason for their conversion.

Tonight featured former Florida Gov. Charlie Crist, a moderate who was exiled from his party when he lost a Senate primary against Sen. Marco Rubio. Crist has since watched his name become a shorthand among conservatives for an insufficiently pure Republican, exemplified by a hug he gave to Obama in 2009. But even Ronald Reagan himself, Crist said, "would have been too moderate and too reasonable for today's GOP." (He's right.) Paraphrasing Reagan, Crist said, "I didn't leave the Republican Party; it left me."

Crist gave the perfunctory disclaimer about not agreeing with President Obama on "everything," but other parts of his speech could have been delivered by Elizabeth Warren. "They're beholden to 'my way or the highway' bullies, indebted to billionaires who bankroll ads and allergic to the very idea of compromise," he intoned. He easily got on his new party's message, warning the citizens of his state that GOP presidential nominee Mitt Romney and vice-presidential nominee Paul Ryan could not be trusted to manage Medicare and Social Security.

The message was echoed by Rhode Island Gov. Lincoln Chafee, another apostate, who said  last night, "And although my former party has hijacked the term, there is really nothing conservative about today’s Republican Party." Chafee, like his father before him, was a moderate Republican senator from Rhode Island. Unlike Crist, he lost to a Democrat, Sen. Sheldon Whitehouse, in the Democratic wave of 2006. But by then, Chafee had been increasingly isolated in his party as it lurched to right.

During the roll call of the states that night, Arizona was represented by the granddaughter of Barry Goldwater, the former Republican presidential candidate who defined the far-right for a generation -- but even  he is insufficiently conservative for today's GOP, according to his granddaughter. "My grandfather wouldn’t recognize the Republican Party of today. My grandfather believed in personal freedom, the right to privacy and a woman’s right to choose," C.C. Goldwater said.

And on Tuesday, Democrats heard from Doug Stern, an Ohio firefighter. "I am … an unlikely choice to be addressing you tonight, because for the vast majority of my voting life I have been a Republican. So why am I here? Well, something happened recently. The Republican Party left people like me. As a member of the middle class, they left me; and they certainly left me as a public employee," Stern said.

Nearly every Democratic speaker piled on Romney and Ryan, but the GOP apostates  helped put the candidates at the top of the ticket in the context of the entire ballot, putting a personal face on the Republican Party's trip over the cliff.