In addition to Iran, Israel is watching potentially hostile elements line up along its borders with Syria and Egypt 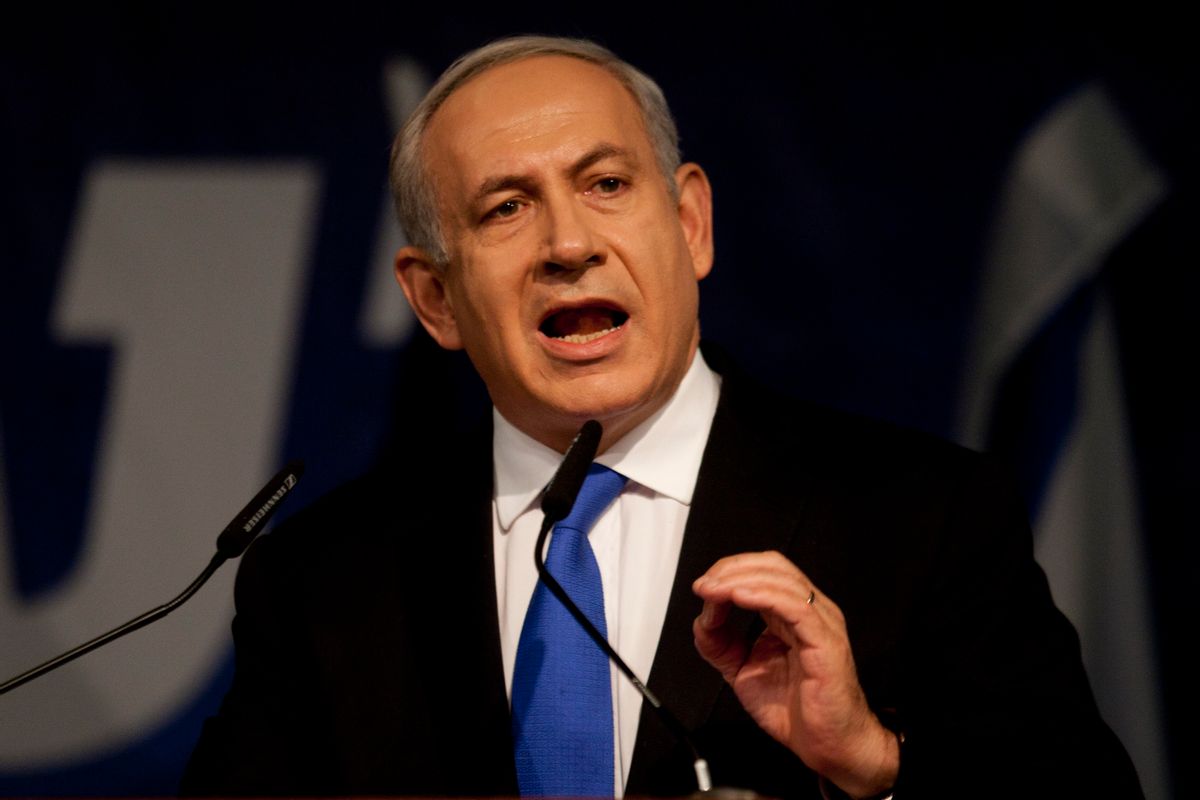 That long meeting was the cabinet’s annual intelligence review. The leak, published in Yedioth Acharonoth, the country’s most widely-read newspaper, revealed high-level disagreements about the imminent (or not) threat posed by Iran’s nuclear program.

The security cabinet includes a dozen cabinet members in addition to Netanyahu himself.

Netanyahu’s outburst may reflect the enormous pressure his government is under as it faces what many say is one of the most dire security situations in the country’s history. In addition to Iran, Israel is watching potentially hostile elements line up along its borders with Syria and Egypt.

The man who spoke to Yedioth Acharonoth said the Iranians were “holding their own” amid international pressure but not “running wild,” apparently exposing his own position against a unilateral, pre-emptive Israeli strike and, in consequence, differences among senior level officials.

By evening, Israel's Chanel 2 television had reported that Netanyahu ordered the Internal Security Services to investigate the leak, and was mulling the use of polygraph lie detectors.

The prime minister has performed a high-stakes, high-wire act over the past few weeks, balancing what appears to be growing American impatience with his saber-rattling at Iran, increasingly audacious criticism from senior Israeli military figures on the same subject, the unclear effects of international sanctions on the Iranian government, political pressure from his right-wing coalition partners, the continued stalemate with the Palestinians and the unsettling panorama on Israel's northern and southern borders.

Still, as tension heightens, for now, at least, not much is going on. Syria remains in a state of war with Israel, but its border, quiet since 1967, has not seen so much as a blip. Israel Army spokesman Capt. Eytan Buchman says the matter "is political, not military."

There has been some reinforcement on Israel's border with Egypt and Gaza, but by far the most significant step taken has been conceptual. Breaking with agreements set out in the Camp David Agreements of 1979, Israel has permitted Egypt to bring tanks and heavy armor into the demilitarized Sinai Peninsula as an effort to quash Salafist militant groups operating there.

Itamar Rabinovich, a former ambassador to the United States and former chief negotiator with Syria, said he has never seen such a Middle Eastern predicament.

"The introduction of the Iranian threat, not just a nuclear threat but a geopolitical threat from a regional superpower with significant powers and aspirations has changed the equation," he said.

He lists the rise of an Islamist government in Turkey, the development of new weapons systems in Lebanon, Syria and Gaza and "the slump of American prestige in the region in recent years" among some of the challenges now facing Israel.

"Add to all this the ramifications of the Arab Spring in which we are not encircled, but almost, by Islamic regimes in which the influence of popular opinion is greater than that of the government — add all this together, and it is a difficult predicament, " he said.

The growing spread of Islam as a political force in the region is frequently remarked upon, often with some trepidation, here.

Ephraim Asculai of the Institute for National Security Studies at Tel Aviv University says that due to the upheaval, "almost everything has changed."

"The balance of internal powers in our neighboring states has changed things we previously took for granted. It may not yet have changed radically, but they could change, in both Syria and Egypt."

"No one has any idea how this might pan out in the long term," he said.

Then there are possible cracks in the crucial Israeli-American alliance. A statement by the chairman of the Joint Chiefs of Staff, Gen. Martin Dempsey, at the opening of the Paralympic Games in London, may have hinted at American annoyance with Jerusalem's continuing talk of a strike against Iran, saying that such an attack would "clearly delay but probably not destroy Iran's nuclear program," and adding that he did not wish to be "complicit" if Israel did attack.

The statement rattled nerves in Israel, where the relationship with the United States is seen almost as a condition for survival. White House spokesman Jay Carney attempted to clarify matters, saying "there is no daylight" between Israel and the US on the matter of Iran. And Vice Chairman of the Joint Chiefs, Admiral James Winnefeld, was quietly dispatched to Jerusalem to discuss ongoing military cooperation.

Efraim Inbar, a political science professor at Bar-Ilan University and the director of its Begin-Sadat Center for Strategic Studies, says "the State of Israel has to keep good ties with the United States."

Still, when it comes to Iran, he says that if Israel finds itself "alone in the world, we will go it alone."

Referring to Israel's air force attacks on Iraqi and Syrian nuclear reactors, in 1981 and in 2007, he said, "the feeling is that we are alone, that the world understands the problem but is not planning to do anything about it. It is our decision. It will not be simple, but like we decided on Iraq, and also Syria, we will have to decide alone."

For Israel, he adds, "the Iranian issue is dominant. But if Iran does not become a nuclear power, our situation is not bad. The disorder in Arab nations has brought about more unpredictability, but it basically weakens them. They are busy with internal problems. There is a risk of terror, but their ability to hit us is diminished."