The novelist dishes on politics, "Mad Men" and his next novel 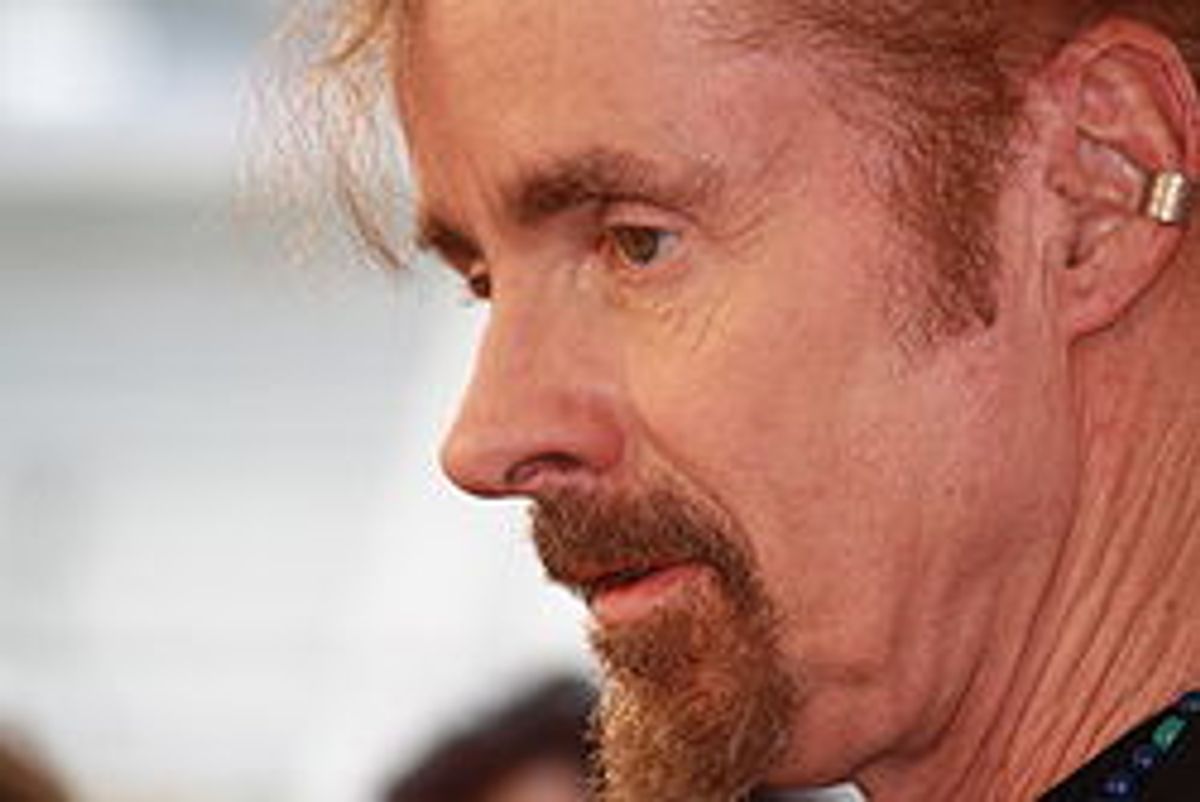 T. Coraghessan Boyle is the author of twenty-three books of fiction, including, most recently, After the Plague (2001), Drop City (2003), The Inner Circle (2004), Tooth and Claw (2005), The Human Fly (2005), Talk Talk (2006), The Women (2009), Wild Child (2010), When the Killing’s Done (2011) and San Miguel (2012). He received a Ph.D. degree in Nineteenth Century British Literature from the University of Iowa in 1977, his M.F.A. from the University of Iowa Writers’ Workshop in 1974, and his B.A. in English and History from SUNY Potsdam in 1968. He has been a member of the English Department at the University of Southern California since 1978, where he is a Distinguished Professor of English. His work has been translated into more than two dozen foreign languages, including German, French, Italian, Dutch, Portuguese, Spanish, Russian, Hebrew, Korean, Japanese, Danish, Swedish, Norwegian, Lithuanian, Latvian, Polish, Hungarian, Bulgarian, Finnish, Farsi, Croatian, Turkish, Albanian, Vietnamese, Serbian and Slovene. His stories have appeared in most of the major American magazines, including The New Yorker, Harper’s, Esquire, The Atlantic Monthly, Playboy, The Paris Review, GQ, Antaeus, Granta and McSweeney’s, and he has been the recipient of a number of literary awards, including the PEN/Faulkner Prize for best novel of the year (World’s End, 1988); the PEN/Malamud Prize in the short story (T.C. Boyle Stories, 1999); and the Prix Médicis Étranger for best foreign novel in France (The Tortilla Curtain, 1997). He currently lives near Santa Barbara with his wife and three children.

Um, he is also the guy that blew us all away in high school with his brand of effortless cool. (How cool was he? He was the teacher who posed for his faculty picture backwards, showing his pony tail and skinny shoulders.) He was a member of the English faculty for a couple of years, at Lakeland High School. He had done some substitute teaching at Peekskill High, down the road. His novels and stories are filled with thinly veiled references to Peekskill, which he fictionalizes as “Peterskill.”

We caught up to him at his (self-restored) Frank Lloyd Wright home in California.

Tom, welcome to The Nervous Breakdown.

I just read your story “Birnam Wood” in the current issue of The New Yorker and couldn’t help but notice it is set in Westchester (Croton and environs) not far from our old stomping grounds in Peekskill, and well, OK, the narrator is a substitute teacher, and so I wondered:  How much of this story, if any, is “autobiographical?” And while we’re at it, what is your general take on “where stories come from,” i.e. to what extent do you comb through the given, re-arranging, and how conscious are you when doing same?

As you’ve perceived, the story does contain autobiographical elements, though, of course, everything has been juiced for the sake of attempting to make a dynamic and engaging piece of fiction from the detritus of memory.  In the forthcoming collection there is another piece drawing on memory and making use of the same locale, also published by The New Yorker (in 2010).  It’s called “A Death in Kitchawank” and it provides the title for the collection, which will comprise Part IV of T.C. Boyle Stories II: The Collected Stories of T. Coraghessan Boyle, Volume II, slated for fall of 2013.  This one contains 58 stories—that is, all the pieces written since T.C. Boyle Stories, which appeared in 1998.  (By the way, for a different take on a male/female relationship, see “The Way You Look Tonight,” which appears in the current issue of Playboy).

Many thanks.  As you know, I’m just shaking it out.  My students do the same.  When we analyze stories, however, we might well make some of the very points that you do.  There are no rules.  Each story is unique unto itself.  And yet how vital that initial set-up is!

There is a wistfulness in the story, a guy who cannot quite get himself to care enough about his girlfriend. I could feel the California guy coming over to the house, unexpectedly, saw it coming that he would make a play for the girlfriend, but was surprised that the narrator did not put up a fight. Why didn’t he?

I can’t really answer interpretive questions, for fear that my response would destroy the story for readers.  I will say, however, as I did in the interview re: this story I did with Deborah Treisman for the New Yorker blog, that I once experienced a good deal of the rage and confusion you see in this character.  By the way, I like the ending very much.  So much so that I’ve chosen this story to conclude the collection.  It’s the kind of ending that draws you back into the story to ask the very sort of questions you’re asking here.

You left high school teaching to attend the Writer’s Workshop at the University of Iowa, where you crossed paths with Cheever and Carver, among others. When you met them, Cheever was near the end of his career, and Ray was just getting some recognition. Have you read the Blake Bailey biography of Cheever, or the Carol Sklenicka biography of Carver?

I have read, with joy and avidity, both these biographies.  I do love literary biographies, especially of writers of our time.  What I like best is reading about artists before they’ve made it, when they are utterly miserable.  This sort of thing brings me a lot of joy.  In fact, I can recommend Blake Bailey’s previous biography, of Richard Yates, who seemed to be utterly miserable every minute of his life.  As for John and Ray, they were both unfailingly generous to me and stand as two of my mentors in literature and life.

Cheever lived close to Peekskill, in Ossining, and Richard Yates lived nearby for a time in Scarborough. There’s a lot that’s been made about “Cheever Country,” with Mad Men creator Matthew Weiner trying to recreate this era in painstaking detail. Do you ever watch Mad Men? Weiner has openly acknowledged his debt to Cheever and Yates. Why do you think there is such fascination with this era?

Yes, I’ve seen and very much liked Mad Men.  And certainly you can see Matthew Weiner’s debt to Cheever here.  Why this period fascinates may simply be that we feel that these were simpler times (when of course they weren’t).  The hero of A Friend of the Earth, Ty Tierwater, reflects on his upbringing in Westchester County in the 1950s, when he lived in the richest county outside of the biggest city in the world—things were looking good for the USA and mass extinction and climate change were not even blips on our radar then.  And nobody, not that I know of, ever developed Lyme Disease, despite all those cookouts and martinis on the lawn.

Did you watch any of the Republican National Convention?

No, I didn't see a single second of it.  Give me baseball for drama any day.  To my mind, people who obsess over politicians—especially the smarmy, slimy types who pop up every four years to peddle their snake-oil promises—are very nearly on a level with those who obsess over the doings of movie stars and rockers, or even writers, for that matter.

Any thoughts on your next novel?

Viking will publish San Miguel on September 18. This is my first foray into a long historical narrative in the realist mode, sans irony, which is very different from my approach in novels like The Women, The Inner Circle, The Road to Wellville and Water Music, for example.  The story derives from a pair of narratives I discovered while doing the research for When the Killing’s Done, which is set on two of the Channel Islands I can see out my window here: Anacapa and Santa Cruz.  San Miguel is the farthest island out.  The book tells the story of two families who lived there alone and independently in two different eras, the late 1880s and the 1930s.  Nature was harsh.  They struggled.  Day to day life was fascinating and grim.  And, of course, thematically the book follows the threads both of my obsession with the environment and our place in it and the American quest for independence and self-created utopias (see Drop City).  The novel beyond that is just in the thinking/researching phase, but as it stands now, I do feel it must be a hairy-chested man’s book just to contrast with San Miguel, which is written entirely in the voices of the three women protagonists.

Gary Percesepe teaches philosophy at Wittenberg University in Springfield, Ohio. His fiction and poetry appear in the Mississippi Review Web Edition and other places. He is the author of four books in philosophy, including "Future(s) of Philosophy: The Marginal Thinking of Jacques Derrida."